When Government Becomes a Political Weapon 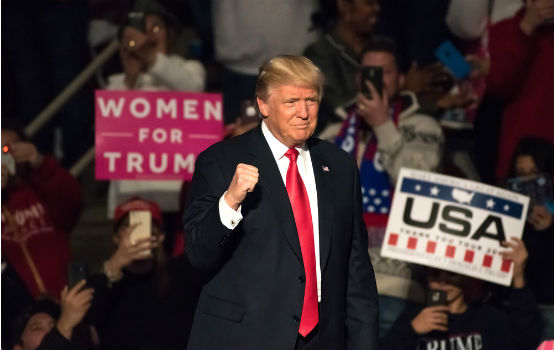 If you don’t follow the DPRK News Service on Twitter, I’d highly recommend it. It’s a satirical account that reports U.S. and world news from the perspective of a North Korean propaganda mouthpiece, complete with comical misspellings.

I laughed when I read it, but for many countries such unrest is the norm. There’s certainly no guarantee that it can’t happen here.

The pattern is almost always the same. The leader or party in power rigs the system in their favor, jailing or marginalizing their opponents. Those embittered opponents then declare that drastic measures are needed to restore justice. One group, or both, typically takes up arms, and the nation is well on its way to becoming a failed state.

In this millennium alone, this sad drama has played itself out many times. In Sudan, the president jailed the speaker of the National Assembly for attempting to curtail his power, destabilizing the government and paving the way for one of the worst human rights catastrophes in recent history. In South Sudan, the world’s youngest nation, President Salva Kiir has been engaged in a bloody civil war with his former vice president since 2013.

Since the conclusion of our own Civil War, the United States has never come close to such a collapse, but inklings of it haunt our history. John Adams’ Alien and Sedition Acts were an ill-disguised attempt to muzzle the Democratic-Republican press that could have easily thrown the fledgling republic into chaos. The impeachment of Andrew Johnson was politically motivated, and it was only the courage of a few Republican senators who defied their party at the cost of their political careers that prevented what would have been a coup in all but name. President Obama’s IRS targeting scandal and the current debates over gerrymandering have the same disturbing quality about them.

This vicious tendency is a monster of chaos, lurking in the shadows of every society built on the rule of law, waiting to devour the body politic. And since the 2016 election, it’s been snarling just outside America’s gates.

Even if I’d loved everything about Donald Trump, two statements he made on the campaign trail would have been enough to keep me from voting for him. The first came during the second presidential debate on October 9 when he threatened to use the power of the presidency to imprison his opponent Hillary Clinton if he won. Thankfully he hasn’t done so (though I can’t imagine why any voter would have doubted that he meant what he said), but either way, the damage was done. “[I]t’s no longer assured that you automatically lose a presidential debate in which you promise to jail your political rival,” one stunned columnist wrote, a shift in American political culture that made his “blood run cold.”

The second statement that disqualified Trump in my eyes came just 11 days later when he promised to accept the results of the election “if I win.” Soon after that, former congressman Joe Walsh took Trump’s idea and ran with it, pledging that if Trump lost, he would be “grabbing [his] musket.” Part of me was glad that Trump won because at least his supporters wouldn’t be arming themselves and taking to the streets to reverse an election they regarded as illegitimate. That such a thought even crossed my mind in the United State was terrifying enough, and I’m still not entirely sure he’ll leave office peacefully if he loses in 2020.

So far, Trump seems to have restrained himself from openly wielding state power against his political rivals, but the temptation is by no means exclusive to this president. Trump may have unleashed this dangerous and depraved rhetoric on American politics, but despite Michelle Obama’s much-touted slogan, “When they go low, we go high,” the Democrats have fallen into the same trap of not only imagining their political foes behind bars, but actively seeking to put them there.

Not only did the notoriously inflammatory New York Daily News mirror Trump’s campaign chant with the headline “Lock Him Up,” but even such high-toned outlets as the New Yorker have indulged in fantasies about Trump’s imminent and inevitable impeachment.

At times, it seems as though Trump’s denouncers hardly care about what’s alleged against him. The president’s repeated labeling of the Mueller investigation as a “witch hunt” is certainly troubling, but it would be much less persuasive if Mueller’s cheerleaders didn’t so frequently treat Russian collusion as a mere pretext for transferring a president they hate from the White House to the Big House. Let me preface this by saying that, because I’m not crazy, I’d never dream of painting Trump as a Christ figure. But I’m almost tempted to paraphrase St. Mark’s Gospel: “‘Why? What crime has he committed?’ But they shouted all the louder, ‘Impeach him!’”

This is not to say that I think the Mueller investigation should be stopped or that Republican moves towards impeaching Rod Rosenstein don’t worry me. If Trump makes any move against Mueller, I’ll be the first to scream for impeachment. In fact, I wouldn’t even mind if Trump were impeached, provided there was sufficient evidence. Pence would be a better president, and the whole thing would make for damn good television.

My concerns are twofold: first, that Democratic lawmakers, crazed by Trump Derangement Syndrome, will jump the gun and bring charges against him without any proof of criminal wrongdoing, as Congressman Al Green has already tried to do. Second, that Trump will snap under the pressure of the Russia investigation and do something drastic. Both are possible. We’ve reached a point in America where any election that goes against your party must be rigged, any criticism of your allies must be a conspiracy, and any political adversary must be a criminal. I’m not sure how we put that genie back in the bottle.

No matter which side launches the first strike, the result will be the same. Our political institutions will be stripped of their legitimacy, and the law will become a cudgel to be wielded against one’s enemies. From there, it’s only one short step to a state of anarchic conflict and mutual distrust that, far more than Trump’s victory, seems to have been the real objective of Russian meddling in the 2016 election.

Grayson Quay is a freelance writer and M.A. student at Georgetown University.