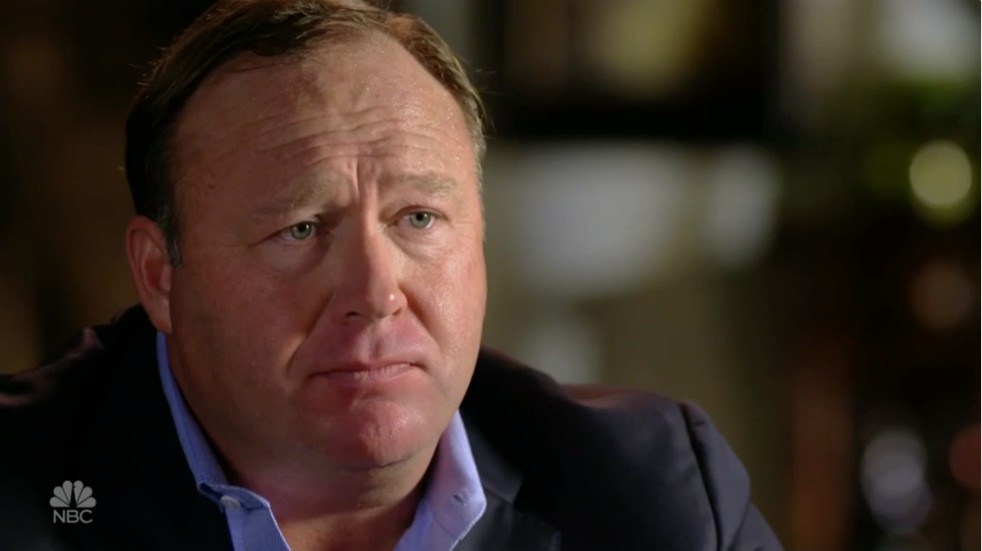 The Austin American-Statesman reported Wednesday that the pirate radio station, Liberty Radio, was hit with a $15,000 fine and at least temporarily pulled from the airwaves.

The newspaper reported that a lawsuit filed in federal court in Austin alleged that Liberty Radio had functioned without a license since at least 2013, and had been transmitting from a tower at an Austin apartment complex.

Liberty Radio stopped airing on the radio in December, but still streams online. The FCC is charging that the station was also illegally broadcasting on an FM wavelength.

The Associated Press reported that Walter Olenick and M. Rae Nadler-Olenick were named as the defendants in the lawsuit, and the apartment complex where the station was transmitting from is linked to the pair.

The Olenicks reportedly told the FCC that they would not pay the fine and would treat any agency representatives as trespassers.

Jones, a conspiracy theorist who founded the site Infowars, has recently been banned by several platforms, including Facebook and YouTube.

Infowars and Jones’s content has also been pulled from Spotify and Vimeo, and Twitter placed restrictions on the accounts for Jones and his site.

Jones has been criticized for some of the conspiracy theories he promotes. The parents of two children killed in the Sandy Hook Elementary School shooting have sued him for allegedly saying the massacre was staged and a cover-up was orchestrated by the parents of the children.