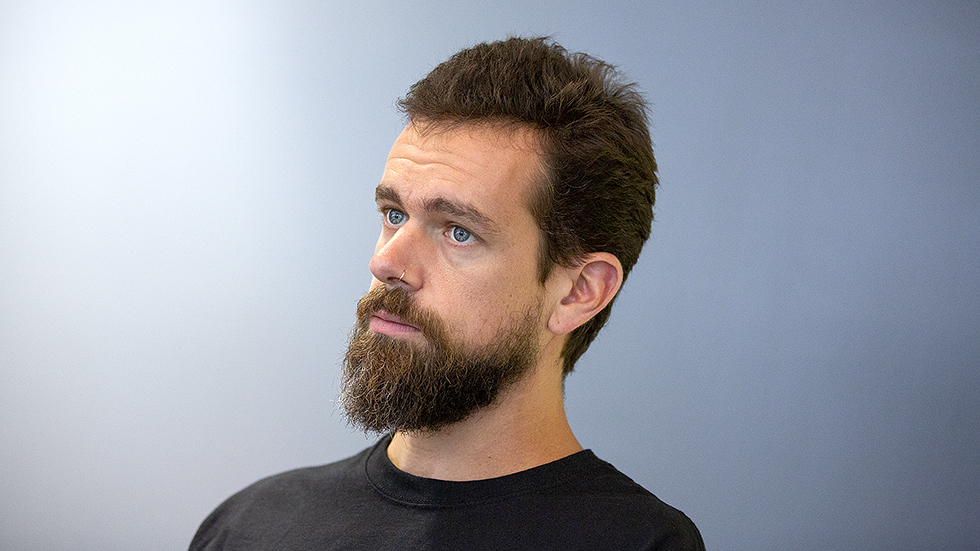 Twitter CEO Jack Dorsey isn’t sure if the timeout given to Alex Jones will convince the right-wing conspiracy theorist to “reconsider” his social media behavior.

But Dorsey, in an interview with The Hill the morning after his company handed down a seven-day suspension to Jones, says its enforcement actions are intended to promote better behavior from its users.

“We’re always trying to cultivate more of a learning mindset and help guide people back towards healthier behaviors and healthier public conversation,” the 41-year-old co-founder of Twitter said.

“We also think it’s important to clarify what our principles are, which we haven’t done a great job of in the past and we need to take a step back and make sure that we are clearly articulating what those mean and what our objectives are.”

Dorsey, wearing a black t-shirt that showed off a forearm tattoo unusual for a Washington, D.C., setting, spoke to The Hill during a furious media tour that included interviews with NBC’s Lester Holt and The Washington Post.

He’s doing outreach amid stark criticism that Twitter has been too soft on Jones, the InfoWars owner who has suggested the Sandy Hook shooting of school children was staged — and that Twitter’s content and behavior rules are unclear.

Apple, Facebook and Spotify are among the tech companies that have banned Jones and Infowars in the last 10 days, but Twitter argued Jones had not actually violated its content policies until a Tuesday tweet linking to a Periscope video in which he urged his followers to take up “battle rifles” in the crusade against censorship.

Dorsey said he wasn’t involved in the decision to restrict the accounts, and that he found out about it after the fact through a text from Twitter lead counsel Vijaya Gadde, who also attended the interview.

“We were getting a number of reports around the tweet and the Periscope that the content was inciting violence, which is against our terms of service and we took action,” Dorsey said.

For seven days, Jones’ account will essentially be restricted to reading tweets and sending direct messages to his followers.

“The timeout for instance is something that we’ve built because research has shown that if you give people a break or pause they reconsider their behaviors and actions,” Dorsey said.

Dorsey said Twitter constantly has to look at what it is doing to improve its platform —which has a reputation for hosting unbridled speech.

Twitter permanently banned the conservative provocateur Milo Yiannopoulos in 2016 after he repeatedly insulted the comedian and actress Leslie Jones, for violating rules against targeted abuse and harassment. But the service has continued to come under criticism for the nastiness and vitriol of many of its users.

Dorsey had come under criticism himself for a series of tweets in which he explained Jones had not been initially suspended because he had not broken the company’s content policies.

CNN then presented Twitter with examples of tweets from Jones that appeared to violate their rules, and the company conceded that two of them were recent enough for the social network to have taken action.

Twitter told Jones to delete at least one of the offending posts, all of which later disappeared from the accounts.

Dorsey told The Hill that Twitter decided not to take action over the earlier tweets because they hadn’t been flagged at the time.

“Our model right now relies heavily on people reporting violations and reporting things they find suspicious and then we can act on it,” he said. “But ultimately we want to take that reporting burden off the individual and automate a lot more of this.”

Some of those efforts backfired last month after some high-profile Republicans accused Twitter of “shadow-banning” their accounts by restricting users’ ability to find them through the search function. Twitter denies that it was targeting conservatives and says that the incident was an error resulting from their efforts to down-rank certain behaviors on the platform.

“We identified this as an issue, it was a mistake, we fixed it within 24 hours,” Dorsey said. “We want to be clear that we do not shadow-ban according to political ideology or viewpoint. We do rank the timeline and we do that with the principle of relevance, but all the content is still there — you just have to do more work to see it.”

But the incident only intensified the growing criticism from conservatives that the site was targeting them over their beliefs and prompted Dorsey’s outreach push. His media tour last week kicked off with a radio appearance with right-wing commentator Sean Hannity.

Dorsey wouldn’t discuss on the record his talks with Republican lawmakers or his response to calls for him to testify before the House Energy and Commerce Committee, but he said that the latest effort is intended to promote transparency about his company and to get across that conservatives have a place on his platform.

“We want to be open and available and accessible to all perspectives and viewpoints,” he said. “We don’t want any of our policies or enforcement or products to make decisions based on viewpoints and ideologies.”