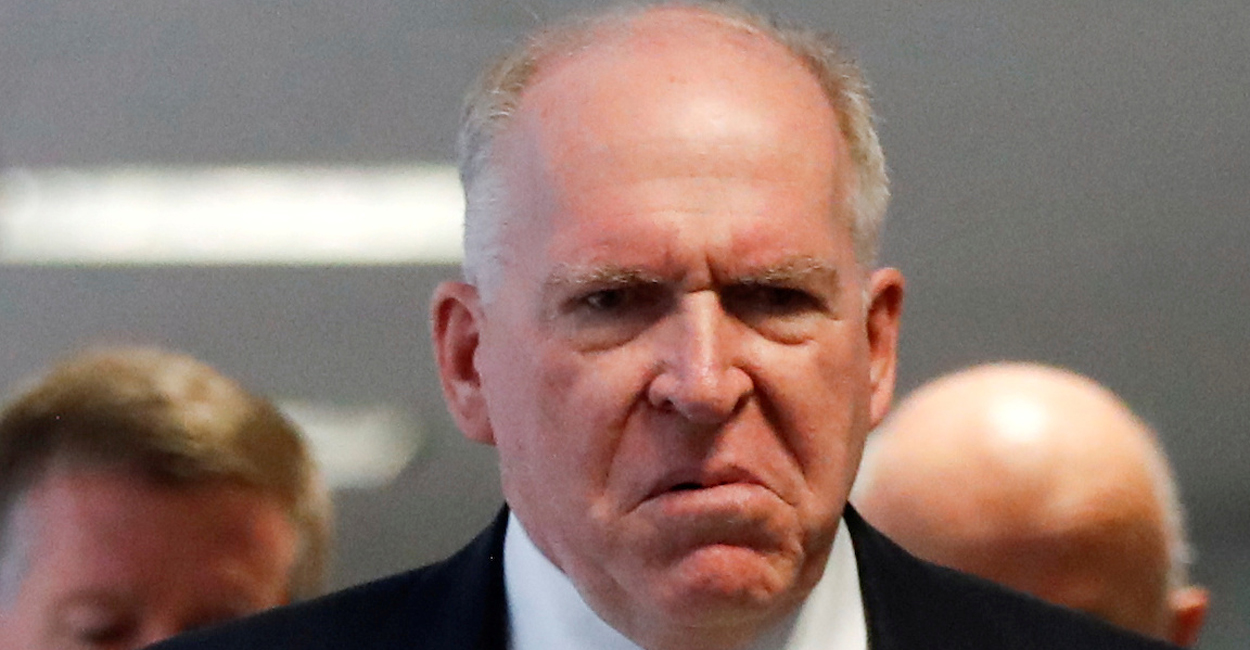 Mr. Brennan has recently leveraged his status as a former high-ranking official … to make a series of unfounded and outrageous allegations and wild outbursts on the internet and television about this administration.

Mr. Brennan’s lying and recent conduct, characterized by increasingly frenzied commentary, is wholly inconsistent with access to the nation’s mostly closely held secrets and facilities, the very aim of our adversaries, which is to sow division and chaos.

Brennan fired out a response on Twitter, vowing, “I will not relent.”

This action is part of a broader effort by Mr. Trump to suppress freedom of speech & punish critics. It should gravely worry all Americans, including intelligence professionals, about the cost of speaking out. My principles are worth far more than clearances. I will not relent. https://t.co/TNzOxhP9ux

Brennan, now a paid contributor to NBC News and MSNBC, has become known on Twitter for accusing Trump of being “treasonous” and overseeing a “kakistocracy,” defined as government by the worst people.

Donald Trump’s press conference performance in Helsinki rises to & exceeds the threshold of “high crimes & misdemeanors.” It was nothing short of treasonous. Not only were Trump’s comments imbecilic, he is wholly in the pocket of Putin. Republican Patriots: Where are you???

Your kakistocracy is collapsing after its lamentable journey. As the greatest Nation history has known, we have the opportunity to emerge from this nightmare stronger & more committed to ensuring a better life for all Americans, including those you have so tragically deceived. https://t.co/eC6LATH2Gd

Sanders said the CIA’s Office of Inspector General contradicted Brennan’s testimony to Congress that the CIA never had accessed information from members of Congress.

She noted that at least two senior intelligence officials affirmed that Brennan was wrong when he told Congress that the intelligence community did not use the so-called Steele dossier of unverified, salacious information about Trump.

More broadly, the issue of Mr. Brennan’s security clearance raises questions about the practice of former officials maintaining access to our most sensitive secrets long after their time in government has ended. Such access is particularly inappropriate when former officials have transitioned into highly partisan positions and seek to use real or perceived access to sensitive information to validate their political attacks.

Besides Clapper, Comey, and Strzok, they include:

Comey and McCabe have said they no longer have security clearances.