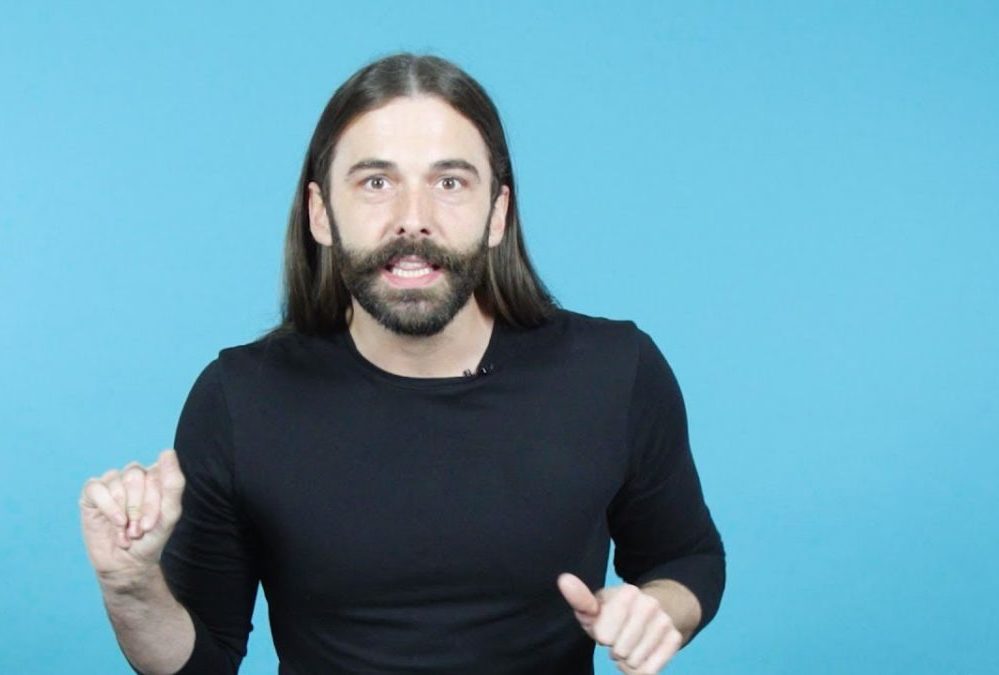 According to Van Ness, Democrats need to push moderate candidates in the 2018 midterms that will win over undecided voters, or the party is “done for.”

“Luckily a lot to extreme right people won yesterday, meaning that if we can come up w center left candidates we can take back the house & senate, not to mention many state legislatures,” he tweeted. “It is so important for the left to not go too left or we are done for.”

Luckily a lot to extreme right people won yesterday, meaning that if we can come up w center left candidates we can take back the house & senate, not to mention many state legislatures. It is so important for the left to not go too left or we are done for.

The popular Netflix show features five gay men who help other men reform themselves by changing their habits. The series has a 93 percent rating on Rotten Tomatoes and has been called “earnest and endearing.” For his part, Van Ness focuses on self-care — teaching men how to take care of their hair and skin.

Some of Van Ness’s followers pushed back on his tweet, saying that going centrist with presidential candidate Hillary Clinton in 2018 resulted in Donald Trump winning the presidency. Van Ness responded by saying that “demanding all or nothing” is what elected Trump.

Shortly afterwards, Van Ness posted a video explaining his positions. He opens saying, “[The Left and the Right] are really being played by people in newsrooms who are just writing things for headlines.”

He admitted “that there’s a lot to be mad about,” but said that either side getting everything they want is not healthy for the country. He also lamented the division in the country.

Government moves slowly, according to Van Ness, and change won’t happen all at once.

And or demonizing the center left or Clinton or whoever,I think most Americans are doing the best they can w what they know. Let’s lead w Love – UNLESS it’s directed at Trump Admin, we def loathe them and how they manipulate everything.

Van Ness closed by asking his followers to lead with love, except when dealing with the Trump administration because of “how they manipulate everything.”

One follower tweeted back: “You can’t lead w love with racists sis, they’ve BEEN ruining the unity of this country and ‘love’ gets us nowhere. they sure as hell don’t love us, they don’t love anything different from them. won’t catch me ‘loving’ my oppressors lmao.”

Another said: “I hear you but what do I need to compromise on? My access as a woman to healthcare? My husband’s rights as an immigrant? My friends rights as members of the LGBTQ community? My friends of color’s safety? None of the things I want are extreme. I shouldn’t have to compromise.”

Yet another said that centrists should be hated: “Centrists who beg minorities for votes without helping our communities absolutely deserve loathing tho.”

One Twitter user threatened to “cancel” him: “You just said to compromise with them. jonatham log off or stop talking politics before u get cancelled.”

This follower compared his video advocating for civility to the German parliament’s capitulation to the Nazis before World War II: “Please dont contribute to class discussion if u havent done the reading! centrist capitulation to a fascist caucus..sounds familiar i feel like we might have done something similar just before some some of major war that resulted in several large-scale genocides or something.”

Van Ness’s critics here fell into the paradigm he described: Everyone who disagrees with me is a racist or Nazi or both. These Twitter users were some of the louder voices, but many more were thankful for Van Ness’s message and encouraged him to continue it.