Burr under the saddle 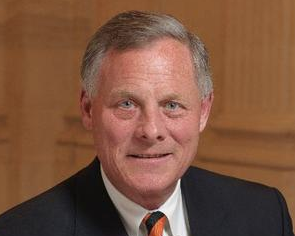 The confidence of the oleaginous Mark Warner in his colleague Richard Burr gives me my doubts. Burr is the chairman of the Senate Intelligence Committee who has kept up a bipartisan vibe in the committee’s investigation of Russian interference in the election. The parallel House committee operating under Chairman Devin Nunes has filed its Report on Russian Active Measures. Burr’s committee labors on.

I have my doubts about Burr, but I have no doubt whatsoever about the comment in the interview he gave to the AP’s Mary Clarke Jalonick in an interview this week. Burr said there is “no factual evidence today that we’ve received” on collusion or conspiracy between Russia and the Trump campaign.

I take it from the interview that the committee isn’t finished because the oleaginous Mark Warner won’t stand for any finding that would support President Trump to be issued under the auspices of the committee in advance of the midterm election: “Burr won’t give a timeline for the end of the investigation or a final report, which could create fissures in the panel’s so-far bipartisan unity. Many Democrats are likely to disagree that there is no evidence of collusion, if that is the committee’s final conclusion.” There is of course evidence of “collusion,” but the evidence implicates the Clinton presidential campaign.