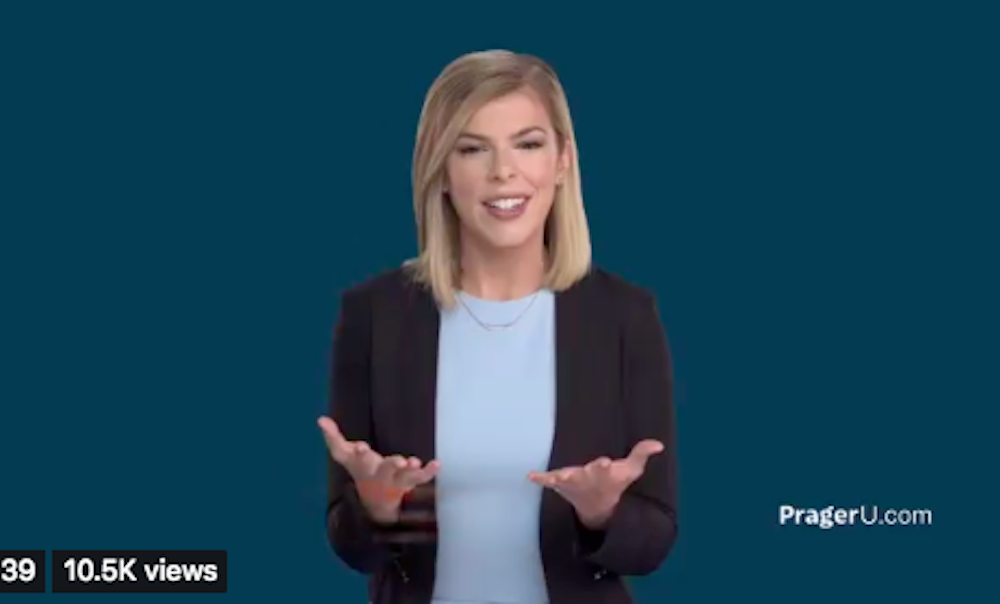 Facebook appears to be censoring a conservative nonprofit organization by making sure that none of the educational site’s 3 million followers get to see their posts.

PragerU said internal analytic shows none of their followers saw at least nine posts on their Facebook page — starting Thursday evening, exactly zero of their 3 million followers had seen any of these posts.

“Our last 9 posts have been completely censored reaching 0 of our 3 million followers,” PragerU’s Will Witt said in a statement. “At least two of our video posts were deleted last night for ‘hate speech’ including a post of our recent video with The Conservative Millennial, Make Men Masculine Again.”

In one of the offending videos, CRTV host Allie Beth Stuckey discusses why men should embrace masculinity as a positive trait. You can watch it in the tweet embedded below.

Facebook has not offered an explanation as to why the video, which contains no graphic material or language nor does it call for violent actions to be taken against anyone, would have been taken down and labelled as “hate speech.”

Many of the responses the educational organization has received from Facebook have been auto-generated in nature and Facebook as yet has not offered an explanation as to why these posts were blocked in the first place, PragerU CMO Craig Strazzeri told The Federalist.

A PragerU social media manager has been locked out from being able to post anything on the organization’s page since the video’s were blocked — raising suspicions that the social network is targeting this administrator specifically, Strazzeri said.

Our last 9 posts are reaching 0 of our 3 million followers. At least two videos were deleted last night for “hate speech” including our recent video with @conservmillen.

PragerU is currently embroiled in a lawsuit with Google and YouTube after the video platform restricted nearly 10 percent of the organization’s videos — a setting that makes it difficult to reach children who may be browsing the video platform either from school or a on a personal device that is set to block any restricted videos from showing up in their feeds.