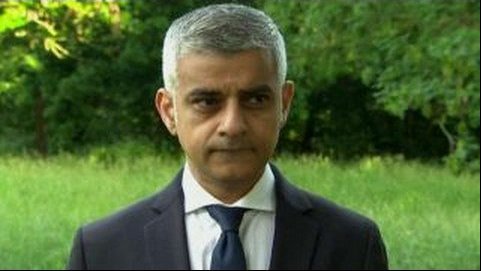 London has already banned knives and has extremely strict gun control. Now the mayor wants to ban cars from certain parts of the city so they can’t be used in attacks. Eventually, you have to deal with the root problem. The city is going to run out of things to ban.

London Mayor Sadiq Khan responded to Wednesday’s reported terror attack by suggesting that vehicles be banned in certain parts of the city, particularly near the government buildings where Parliament meets.

Khan told BBC Radio that the important thing was to ensure that the people continued to have access to their government, but that measures to keep members of Parliament safe would benefit everyone.

“I think there would be lots of challenges if we would do the whole square. It is a thoroughfare for cars, vehicles and commercial deliveries going through London. So it’s possible to have a designed solution … in keeping our buildings and people as safe as we can do. And also not losing what is so wonderful about our city that is a vibrant democracy, people can walk around safely.”

Of course, this does nothing to address the core problem.