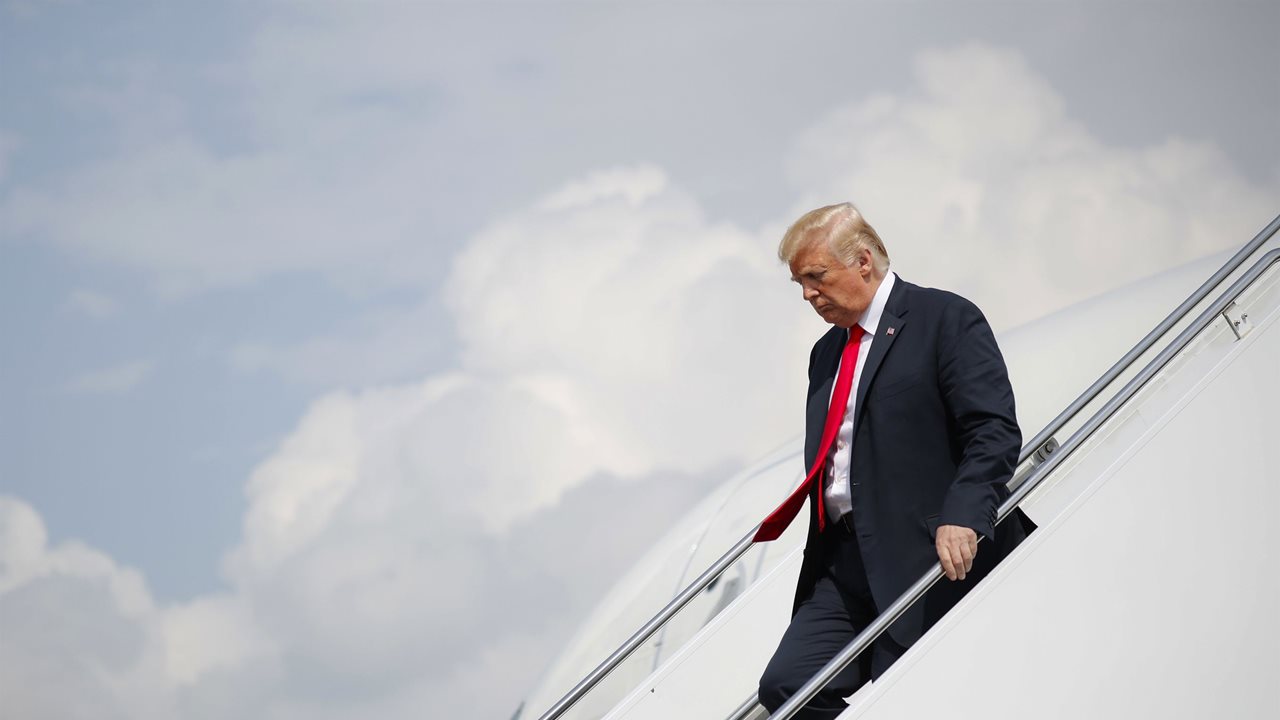 Trump, in a series of angry tweets, blasted a New York Times story reporting that McGahn has been cooperating extensively with the special counsel team investigating Russian election meddling and potential collusion with Trump’s Republican campaign.

“The failing @nytimes wrote a Fake piece today implying that because White House Councel Don McGahn was giving hours of testimony to the Special Councel, he must be a John Dean type ‘RAT,'” Trump wrote, misspelling the word “counsel,” as he often does. “But I allowed him and all others to testify – I didn’t have to. I have nothing to hide……”

The New York Times said in a tweet that it stands by the story.

Trump’s personal attorney, Rudy Giuliani, said in an appearance on NBC’s “Meet the Press” that Trump didn’t raise executive privilege or attorney-client privilege during those interviews because his team believed — he says now, wrongly — that fully participating would be the fastest way to bring the investigation to a close.

“The president encouraged him to testify, is happy that he did, is quite secure that there is nothing in the testimony that will hurt the president,” Giuliani said.

McGahn’s attorney William Burck added in a statement: “President Trump, through counsel, declined to assert any privilege over Mr. McGahn’s testimony, so Mr. McGahn answered the Special Counsel team’s questions fulsomely and honestly, as any person interviewed by federal investigators must.”

Dean was White House counsel for Nixon, a Republican, during the Watergate scandal. He ultimately cooperated with prosecutors and helped bring down the Nixon presidency, though he served a prison term for obstruction of justice.

Dean, a frequent critic of the president, tweeted Saturday night in response to the Times story that, “Trump, a total incompetent, is bungling and botching his handling of Russiagate. Fate is never kind to bunglers and/or botchers! Unlike Nixon, however, Trump won’t leave willingly or graciously.”

He added Sunday in response to Trump’s tweets that he doubts the president has “ANY IDEA what McGahn has told Mueller. Also, Nixon knew I was meeting with prosecutors, b/c I told him. However, he didn’t think I would tell them the truth!”

Critics of the president have recently compared his decision to target the security clearances of critics and those involved in the Russia investigation to the “enemies list” created by the Nixon White House to keep track of political opponents they intended to target with punitive measures.

Giuliani, in his interview, also acknowledged that the reason for the June 2016 Trump Tower meeting between Trump campaign aides and a Russian lawyer, arranged by Trump’s son Donald Trump Jr., was that they had been promised dirt on Trump’s 2016 Democratic rival, Hillary Clinton.

“The meeting was originally for the purpose of getting information about Clinton,” he said, adding that the Trump team didn’t know that Natalia Veselnitskaya was Russian — even though emails later released by Trump Jr. show that she was described as a “Russian government attorney.”

Giuliani also tried to make the case that having Trump sit down for an interview with Mueller’s team wouldn’t accomplish much because of the he-said-she-said nature of witnesses’ recollections.

Todd appeared flummoxed by the comment, responding: “This is going to become a bad meme.”