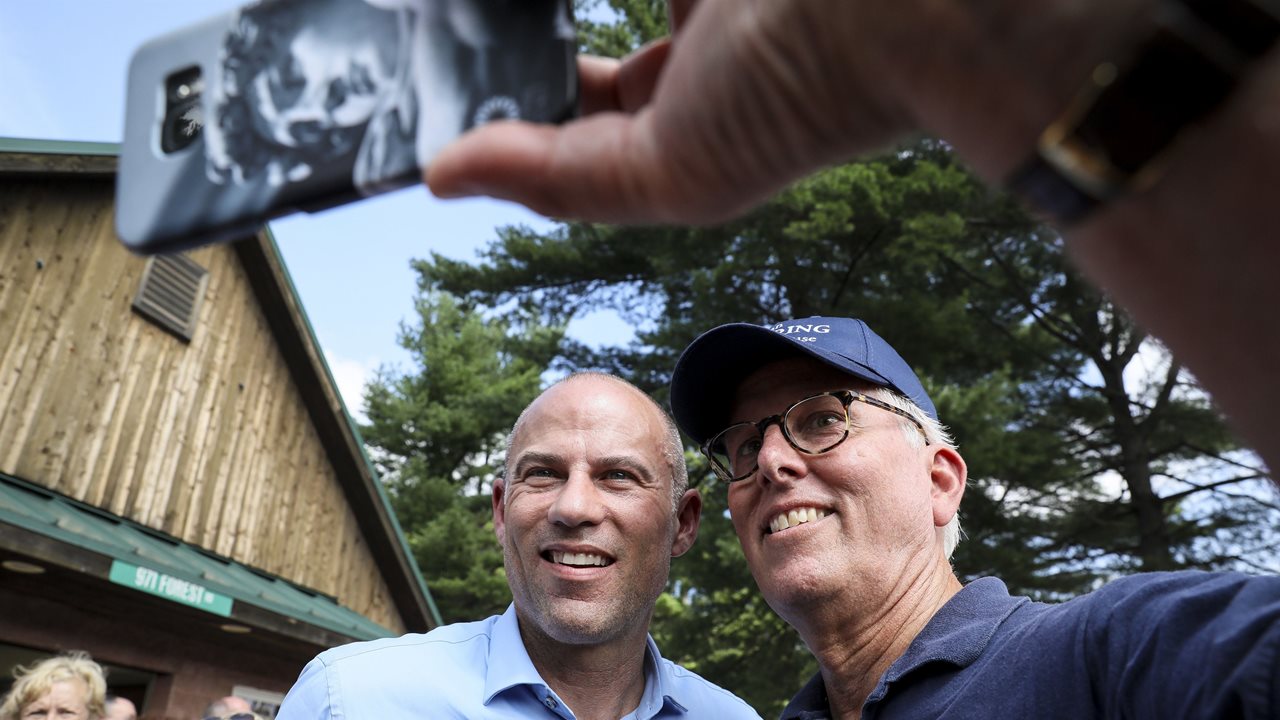 GREENFIELD, N.H. (AP) — An attorney who has bedeviled President Donald Trump during the past year over his personal relationships and immigration policies made a presidential pitch of his own to Democratic voters in New Hampshire on Sunday.

Michael Avenatti, who represents adult film actress Stormy Daniels in her case against Trump, told the Hillsborough County Democrats that he was considering matching Trump’s confrontational style with his own pugilistic brand in a 2020 presidential run.

Democrats today, he said, are fighting for “nothing short of the survival of our republic.”

Tracing his background, Avenatti said he had grown up in Missouri without a “golden toilet” — an allusion to the Trump family’s wealth — and was the first in his family to graduate from college.

As a trial lawyer, he said, he represented “Davids” against “Goliaths” — and still does now, he said, with his advocacy for Daniels, who says she was coerced into staying silent about her alleged relationship with Trump, and for immigrant families separated by the White House’s crackdown on asylum seekers at the border.

Avenatti has put a toe in the 2020 race, posting a platform on Twitter and recently visiting Iowa, another key primary state that he will soon visit again. On Sunday, he said he was still seriously considering whether to run.

But “what I fear most . is that (Democrats) have a tendency to bring nail clippers to a gunfight,” said. Avenatti, who has gained notoriety for assailing Trump using the president’s favored medium, Twitter. Speaking to reporters later, Avenatti addressed some Democrats’ concerns about adopting Trump’s tactics, arguing that a successful challenger must be able to counter the president’s provocations. He praised Hillary Clinton’s resume and character, but noted that she lost the 2016 election despite being the most qualified candidate “in U.S. history.”

Avenatti was not the only politician at Sunday’s gathering to use Trump as a motivator for voters. Democratic candidates from county commissioner up to governor sought to tie local Republicans to the president.

Steve Marchand, a former mayor of Portsmouth running for governor, said the Republican incumbent, Chris Sununu, was linked to Trump “by complicity” with his policies on immigration, voter rights and education. Molly Kelly, a former state senator also competing in the Democratic gubernatorial primary, tied Sununu to Education Secretary Betsy DeVos through their support for an educational voucher system, which Kelly said “weakens public education and . will raise property taxes.”

Voters on hand appeared cautiously taken with Avenatti, who received a celebrity reception after arriving Sunday afternoon, stopping every few feet for a selfie photo as he slowly made his way through an energized crowd.

Kathy Boyer, a former law firm clerk from Amherst, said she liked Avenatti’s message and hoped he would prove a viable candidate, despite never having held political office.

“People said the same thing about Donald Trump,” she said. “Look what happened.”