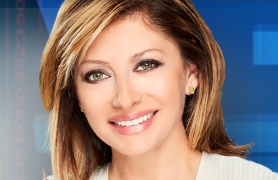 Those of us who get our news from sources beyond the New York Times, the Washington Post and CNN are likely to have a different view of the Mueller Switch Project than, say Chuck Todd. Todd’s reverence for the ability of Mueller to divine “the truth,” evident in his interview yesterday with Trump spokesman Rudy Giuliani, can be understood as ill-informed by anyone who has troubled to read Andrew McCarthy’s NR column “Of Course There Is Such a Thing as a ‘Perjury Trap.’”

There is a difference between Todd and McCarthy. Todd is a political hack and McCarthy is a former federal prosecutor who knows what he is talking about. When Todd mocked the notion that “truth isn’t truth” — that it’s not that simple — he was, to put it charitably, not seeking to refine and enlarge the public view. That’s the point I made in “The Todd trap.” In the matter of “truth is not truth,” understood as intended, Giuliani is right and Todd is wrong.

Giuliani also appeared on Fox News’ Sunday Morning Futures with Maria Bartiromo yesterday. Bartiromo is one who gets the news from sources that extend beyond the New York Times. She quizzed Giuliani on several of the mysteries that have occupied us on Power Line. Bartiromo asked Giuliani, for example, whether Mueller is investigating matters related to the Clinton campaign. Giuliani does not answer directly. This is an interesting interview.

Quotable quote: “What I didn’t realize until all of this evidence began to come in is this [was] all being orchestrated by John Brennan.”