Federal Jury Fails To Convict Paul Manafort On Majority Of Counts, Finds Him Guilty On 8 Counts Of Fraud 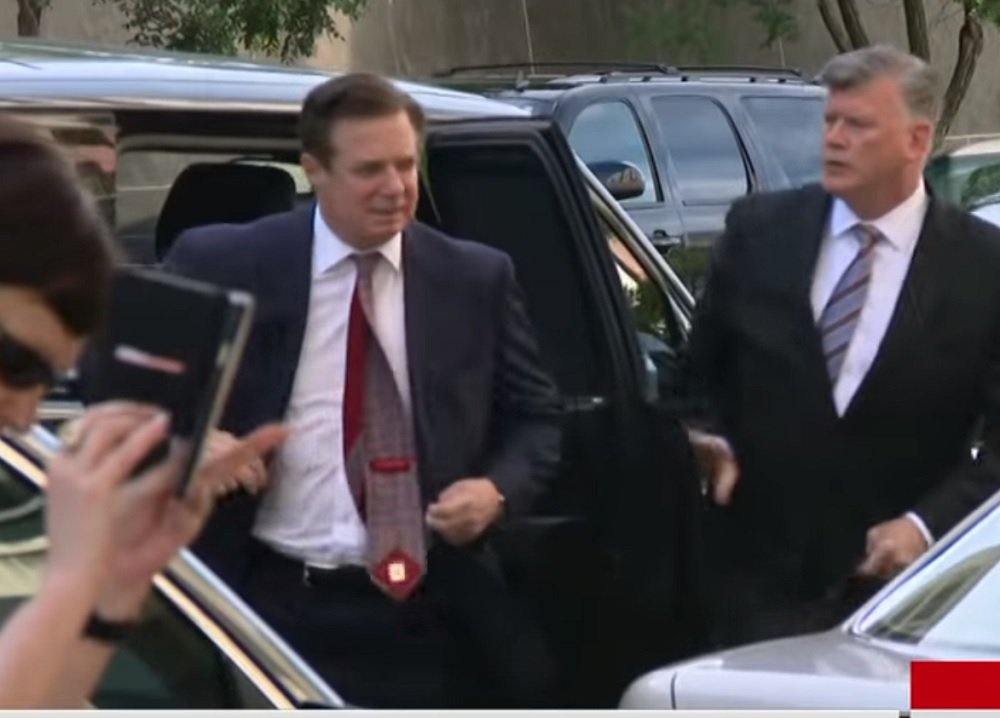 A  federal jury found former Donald Trump campaign chairman Paul Manafort guilty this afternoon on eight of 18 counts in the first trial brought by Special Counsel Robert Mueller. The other ten counts were declared a mistrial, as jurors could not agree. Judge T.S. Ellis gave the prosecutors one week to decide whether they would retry the 10 hung charges.

Manafort's attorney Richard Westling asked for 30 days, instead of the usual 14 days, to file any motions for judgment of acquittal or for a new trial. Prosecutor Greg Andres asked for time to file a written response to that request; the judge gave them until Friday at noon

Manfort faced a total of 18 charges of bank and tax fraud for allegedly hiding Ukrainian assets from the Internal Revenue Service. Manafort was found guilty of five counts of tax fraud for filing false tax returns, two counts of bank fraud, and one count of failing to file a Foreign Bank Account Report with the IRS. He could face up to 80 years in prison.

In the 10 other charges (noted with an X here), the Paul Manafort jurors could not come to a conclusion pic.twitter.com/oKawCYhNfS

Prosecutors alleged that Manfort hid foreign bank accounts from federal authorities to lower his tax bill, and lied when filling out a loan application. They also detailed Manafort’s spending habits, including several costly jackets, and nearly a million dollars at an antique rug store in his hometown of Alexandria, Virginia — items the prosecutors claimed was purchased with money he had laundered illegally.

Throughout the trial, the defense called into question whether Manafort’s signature, which appeared on numerous bank documents the prosecution submitted as evidence against him, was genuine. Manafort’s attorneys also cast blame on his longtime business partner Robert Gates, alleging that he in fact was the one who controlled the finances and therefore hid money in offshore accounts, not Manafort.

Mueller was tasked with investigating whether Trump or his campaign associates colluded with Russian officials to steal the 2016 presidential election from Hillary Clinton. In his role, Mueller was granted broad powers to investigate “any links . . . between the Russian government and individuals associated with the campaign of President Donald Trump,” although the legality of his appointment is shaky.

Presiding Judge T.S. Ellis made headlines in early May when he verbally chastised the attorneys working for Mueller, saying they didn’t really care about Manafort’s banking activity and were really just trying to boost Mueller’s case against Trump and his campaign officials.

‘You don’t really care about Mr. Manafort’s bank fraud…You really care about what information Mr. Manafort can give you that would reflect on Mr. Trump or lead to his prosecution or impeachment or whatever. That’s what you’re really interested in,’ Ellis declared during the May 4, 2018 hearing. ‘And how much is this investigation costing Americans?’ Ellis asked, before adding: ‘What we don’t want in this country is…anyone with unfettered power.’

The jury began deliberating over their verdict in the Manafort case Thursday morning. When the 12-person jury took a break early Thursday evening, they asked the judge four questions about the legal requirements for disclosing foreign assets and holdings in foreign companies when filing tax return forms. The jurors also asked the judge to define “reasonable doubt,” which Manafort’s lawyer reportedly seemed happy about.

Manafort’s court battle is not yet over. He faces additional federal charges in Washington D.C. That trial is slated to begin September 17.

Before the jury left, the judge thanked them, and suggested they consider not talking to the press about deliberations (he cannot order them), saying he thought it did an "injury" to the process. If they did talk, he urged them not to name others who hadn't identified themselves

The judge told the jurors he planned to keep their names under seal, and asked if any of them wished to have the confidentiality lifted. They shook their heads and said no. And then they left.