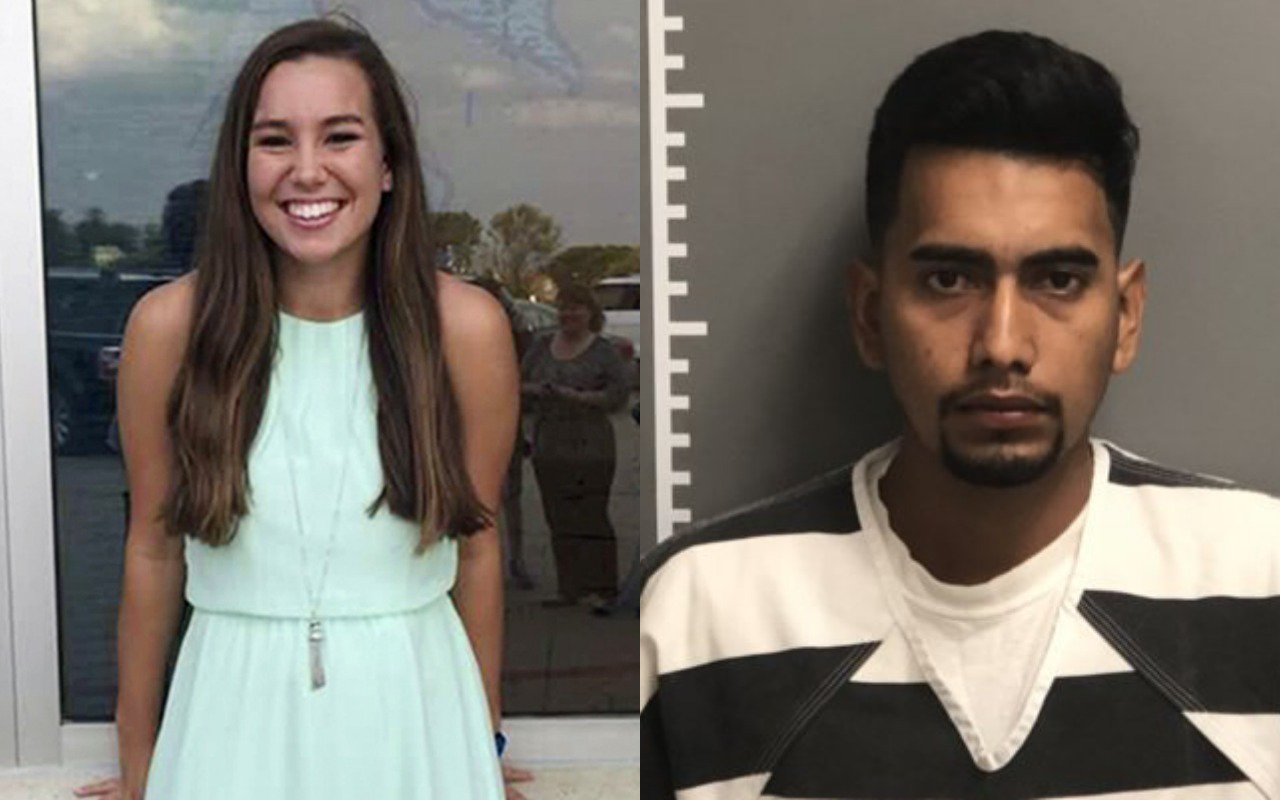 An illegally present foreign citizen has been charged with first-degree murder of 20-year-old college student Mollie Tibbetts. Homeland Security investigations confirmed that Cristhian Bahena Rivera, 24, is an illegal alien from Mexico who has been living in Iowa for four to seven years.

Tibbetts had been missing since July 18, when she was last seen jogging through the streets of Brooklyn, Iowa. Her body was discovered early Tuesday morning in a farm field southeast of Brooklyn.

In a press conference on Tuesday, Rick Rahn, the special agent in charge at the Iowa Division of Criminal Investigation, said investigators identified a vehicle that belonged to Rivera on footage from a neighbor’s security camera.

Officals said they also used data from Snapchat and FitBit as part of the investigation.

“Authorities said the suspect followed Tibbetts on July 18 and then abducted her,” CNN reported. “He said he blacked out during an altercation with Tibbets and woke up at an intersection in rural Poweshiek County, court documents say.”

Tibbetts was first reported missing after she didn’t show up for work at the day care center where she was employed. She was going to be a sophomore at the University of Iowa this fall, studying psychology.