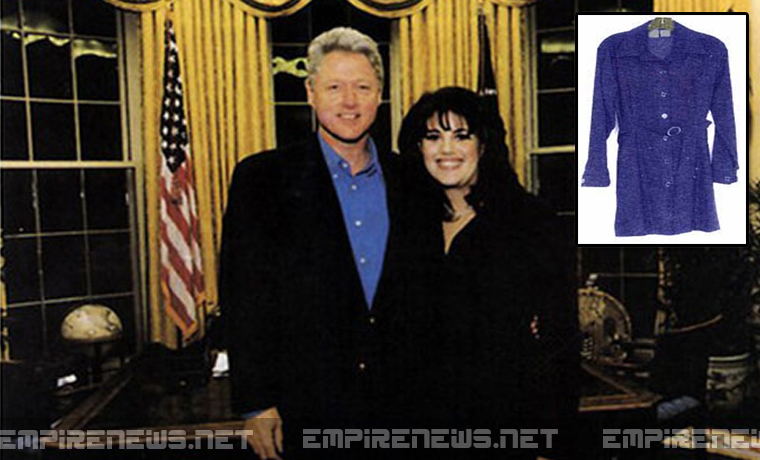 Brett Kavanaugh is, as far as we know, squeaky clean. Bill Clinton, we know, is not.

How to sully Kavanaugh? Connect him to Bill Clinton.

A 1998 memo written by Brett Kavanaugh proposed a series of tough, sexually explicit questions for President Bill Clinton to answer about his affair with Monica Lewinsky, shedding new light on the Supreme Court nominee’s moralistic outlook and his view of presidential power.

Kavanaugh, as associate counsel in the office of independent counsel Kenneth W. Starr, wrote in the memo that he was “strongly opposed” to giving Clinton any “break” and suggested 10 questions, including: “If Monica Lewinsky says that you inserted a cigar into her vagina while you were in the Oval Office area, would she be lying?”

The memo provides a contrast to the genial, soft-spoken nominee who chooses every word carefully as he makes the rounds of the Senate before his Sept. 4 hearing before the Judiciary Committee. It reveals a hardball tactician who argued forcefully that Starr had the right to press the president for answers, a view he later shifted, saying presidents are too busy to be subject to such investigations while in office.

There is, of course, no inconsistency between being genial and soft-spoken and doing one’s job properly. Kavanaugh was part of a team investigating whether President Clinton lied when he testified under oath in a civil suit that he did not have sexual relations with Monica Lewinsky. To determine whether Clinton had lied required asking him about specific sexual acts the investigators had reason to believe, based on statements by Lewinsky, occurred.

The Post notes that some members of the team didn’t want these questions to be asked of the president. Were these members more congenial and soft-spoken than Kavanaugh? I don’t know. Were they doing their job as diligently as Kavanaugh? No.

What about the Post’s claim that Kavanaugh has changed his view of investigating the misconduct of presidents while they are in office? That claim is true. Kavanaugh published a 2009 law review article that is inconsistent with the tenor of the 1998 memo. The memo argues that prosecutors should cut President Clinton no “slack.” The law review article takes the opposite view when it comes to sitting presidents.

Stephen Vladeck, a law professor at the University of Texas who has served on professional panels with Kavanaugh, said the memo raises the question of whether Kavanaugh today disagrees with what he wrote.

This is a false choice, as Barack Obama might say. There is no “either-or” about it. Kavanaugh’s law review article is from 2009. Obama was president at the time and had been the frontrunner to become president during much of 2008. Thus, there can be no claim that Kavanaugh’s change of position was based on partisanship, as Vladeck implies might have been the case.

Kavanaugh’s change in position almost certainly resulted from his time in the George W. Bush White House. That service gave him a deep appreciation of the demands of the presidency, especially in times of crisis.

This is true regardless of who the current officeholder is and what party he belongs to. Thus, it’s not surprising that Kavanaugh expressed his new view during the Obama administration.

Judge Kavanaugh has written hundreds of judicial opinions and signed hundreds more. Yet, his critics are fixated on baseball tickets, his use of graphic language in an investigation involving sexual misconduct, and a change in position on executive power that favored a Democratic incumbent.

That’s rather telling, don’t you think?