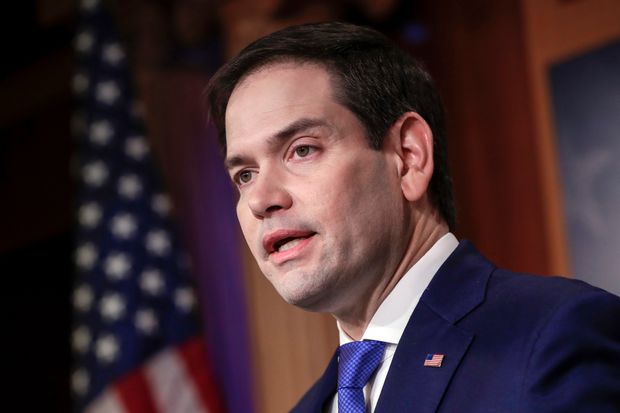 A reliable guide to a bad proposal in Washington is when both parties dispense with persuasion and substitute bromides about an idea whose time has come. This hope over experience is unfolding with paid family leave, and Republicans should consider the consequences before signing up for a major expansion of the entitlement state.

Senator Marco Rubio recently rolled out a bill that would allow Americans to collect Social Security benefits to take time off from work after having or adopting a child. The trade is that parents would delay receiving retirement benefits by three to six months. This is supposed to be a more reasonable plan than raising payroll taxes to finance universal leave.

Yet supporters of both proposals pitch deceptive numbers about how many Americans have paid leave for occasions like giving birth. Mr. Rubio said during his rollout that “just over one in 10 workers receives paid family leave from their employers,” and the left also hawks the figure, which comes from the Bureau of Labor Statistics.

That statistic doesn’t account for those who have other types of leave or build up paid time off. An analysis from Ben Gitis at the American Action Forum revealed that two-thirds of workers “who took family and medical leave were paid by their employers,” the majority at full pay.

Let’s evaluate Mr. Rubio’s idea on its own stated merits, which he compiled in a tweet. He claims his benefit doesn’t expand government or create a new entitlement. But what is expanding government if not taking a benefit financed by private industry and administering it through a government program? Paid leave by definition entitles Americans to a de novo benefit without even an imagined connection to old-age insurance.

Mr. Rubio says leave will pay for itself by delaying retirement benefits, and thus won’t add to the deficit. This is less believable than a presentation about time shares in Miami. Does anyone believe those retirement benefits won’t be restored eventually, at least for the non-affluent? Most Americans having children now won’t retire for at least another 30 years. Social Security is projected to be insolvent in 16 years. Then who pays?

The Mercatus Center notes in a recent paper that Social Security is predicated on benefits earned by working over a lifetime. The Rubio plan would let workers draw on the fund even if they don’t meet the lifetime Social Security requirement of 40 quarters of employment. The Rubio plan says parents of either sex could get paid leave as long as they have some work history, but some of them won’t return to the workforce once they have children.

Some on the right are fine with this because they claim young people aren’t likely to see a dime of Social Security anyway. But eventually an entitlement crisis will arrive and paid leave will be one more benefit politicians have to finance through benefit cuts or—let’s be realistic—higher taxes. So when Mr. Rubio says his plan includes no new taxes, he means no taxes while he’s still around to be held accountable.

Another dubious claim is that this plan will not crowd out existing leave policies because it is optional. Do not be surprised if in the coming weeks corporations sing the virtue of federal paid leave. Businesses would be happy to offload some of the burden to government since they already pay half the payroll tax.

Note too that the GOP in 2017 passed a two-year tax credit for businesses that offer generous leave, which is money for companies that do what government likes. That tax subsidy, promoted by Nebraska Senator Deb Fischer, will also now be a permanent feature of the tax code on top of any paid leave proposal.

The Social Security gambit would also push parents into a single leave formula—stay out of the workforce for a certain number of weeks—instead of allowing more room to negotiate a slower return or a more flexible schedule. Women in surveys increasingly say they prefer these arrangements, which have allowed more parents to stay in the workforce.

The biggest illusion is that this proposal is a shrewd political move that will steal an issue from Democrats. In the real world they will see Mr. Rubio and raise. The National Partnership for Women & Families called the Rubio plan “reckless, irresponsible and ill-conceived” for making parents choose between kids and retirement. They want both. Once Social Security is open for family leave, Democrats will want to use it for college tuition, and why not a home downpayment?

This slippery slope is how entitlements always work, as economic historian John Cogan amply demonstrates in his recent book. Republicans have given up reforming entitlements for now as too politically difficult. The least they can do is not add another unaffordable burden on taxpayers.