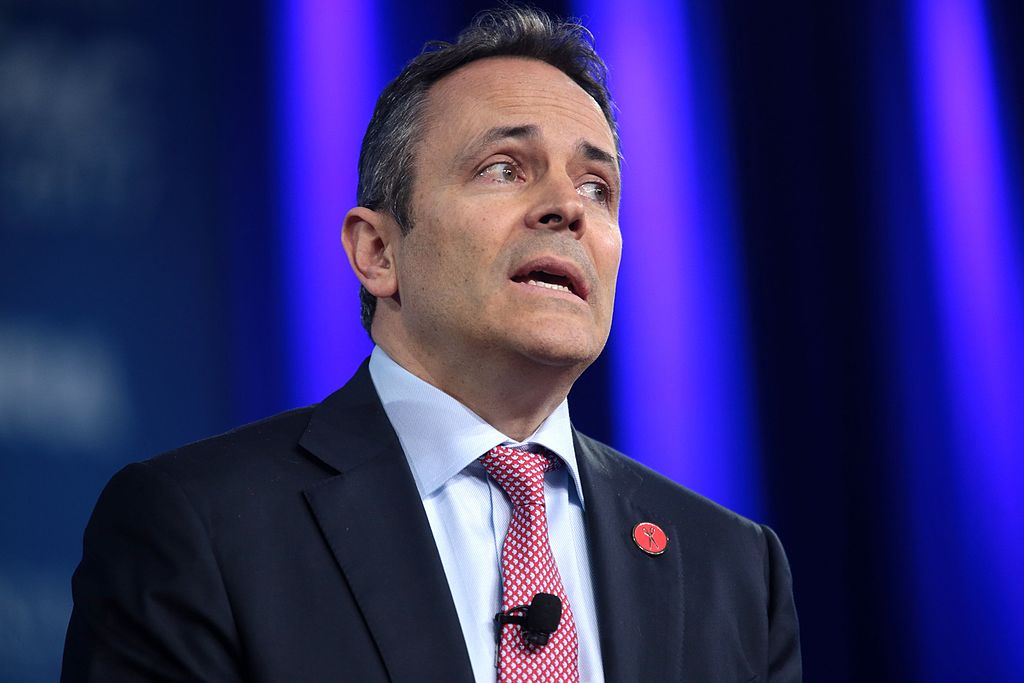 Democratic Attorney General Andy Beshear, who is running for governor next year and could earn some political capital in this case, sued to block the law from being implemented.

Franklin Circuit Judge Phillip Shepherd ruled for Beshear in June, but Bevin, a Republican, appealed, setting the stage for the Supreme Court case.

“Those of you at the county level know how absolutely screwed you are, and that’s about the most gracious word I can come with, how screwed you will be financially if, in fact, that lawsuit were to prevail,” Bevin said in his speech. “If, in fact, the Supreme Court of Kentucky were as disregarding of the actual law and the authority of our legislature to make laws in this state as is the fellow who poses as a judge in Franklin Circuit Court.”

Actuaries tell state officials they’re at least $40 billion short of the money they’ll need to pay the promised pension benefits of public-sector workers over the next three decades. The Kentucky Legislature made reforms to the law that primarily affect teachers, including putting them into a new hybrid retirement plan that requires them to contribute and restricting how they can use their sick days to balloon their long-term pension payouts.

Shepherd said lawmakers acted unconstitutionally in the rapid process they used to pass the law earlier this year. They took a bill that originally dealt with sanitary sewers and swapped in 291 pages of pension reform language. The measure made it through both the House and Senate in less than a day. Beshear argued in his suit that wasn’t enough time for the public – or legislators – to digest the content of the legislation.

However, Bevin spokesperson Elizabeth Kuhn pointed out that “hundreds, if not thousands, of bills have previously been passed by the General Assembly using the exact same process.”

At the end of the day, Kentucky and its counties and cities can’t afford these ballooning pension costs so reform must be implemented. Even if the Supreme Court rules against the legislature, its members will just return in 2019 and pass similar measures. A ruling against the state only delays the inevitable.