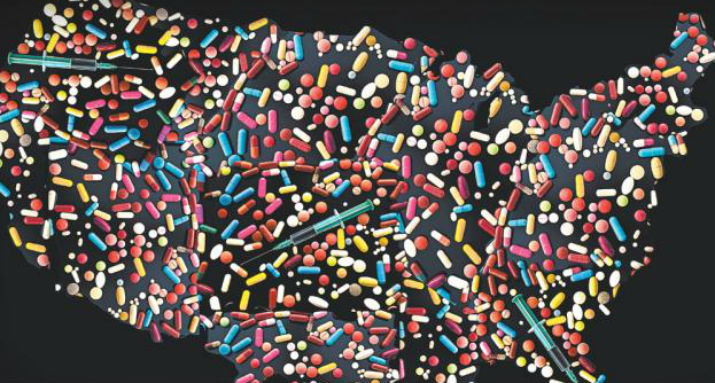 Driven by an explosion in supplies of synthetic opiods, an estimated 72,000 Americans died of drug overdoses last year, an increase of about 10 percent, according to a new report from the Centers for Disease Control.

That’s 197 deaths per day or eight every hour. By comparison, 40,000 Americans died on the nation’s highways last year.

With an easier supply, a growing number of Americans are using opiods and the newer drugs like fetanyl are more deadly.

A large government telephone survey found 2.1 million people admitting to opiod use. Given the stigma and no access to phones by some abusers, experts estimate the number could actually be more like four million.

The country east of the Mississippi has been especially hard hit as the deadlier drugs like fetanyl, which can be manufactured in a laboratory, mix with existing supplies of heroin and cocaine. Heroin west of the Mississippi is more often processed into a form more difficult to mix with the new synthetic drugs, although some dealers are working on ways to do that.

The more powerful combinations can overwhelm even longtime drug users.

In his first year in office President Trump proclaimed a national drug emergency and states began drawing on a $1 billion grant program to develop treatment programs.

“There’s a lot of money going into the system,” Chris Jones told the NY Times. He’s the director of the national mental health and substance use policy laboratory, adding, “it takes some time for this to translate into new infrastructure. That’s particularly true for places where it wasn’t already there.”

Dan Ciccarone of the University of California, who studies heroin markets, said,  “Because of the forces of stigma, the population is reluctant to seek care. I wouldn’t expect a rapid downturn; I would expect a slow, smooth downturn.”