Not the Climate Apocalypse 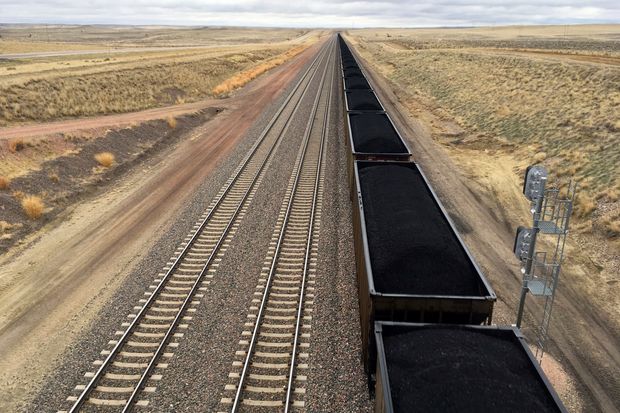 Of the Obama Administration’s many power grabs, none was more audacious than its bid to regulate coal-fired electric power out of business. The Trump Administration is now proposing to rewrite the rule in a way that honors the law and still reduces carbon emissions, yet it is being portrayed as radical.

The disparate treatment reflects the double standard toward climate-change policy in the media. Anything that enhances government control of the energy economy and punishes fossil fuels is seen as virtuous, while solutions that defer to the states and don’t punish carbon fuels are a sellout to business. How about looking at the legal and energy merits?

The most notable fact about the draft Environmental Protection Agency rule introduced on Tuesday is its modesty. Rather than dictating from Washington, the rule restores the cooperative federalism of the Clean Air Act by giving states much-needed flexibility to balance their energy needs while cutting CO2 emissions.

The Clean Air Act directs the EPA to implement the “best system of emission reduction” for pollutants, which the agency has long applied to individual power plants. The Obama anti-carbon crusaders soared over that language to compel states to reorganize their electric grids to favor renewable fuels.

Their command-and-conscript regime would have forced states to close coal plants with years of remaining useful life and before alternatives could compensate for the lost power supply. New technology required for coal plants to achieve the plan’s early emissions targets weren’t worth the investment since most plants would have been forced to close anyway to meet later targets. This was the unstated but clear goal of the Clean Power Plan.

Utilities would have struggled to keep grids stable while consumers paid more for electricity due to stranded coal assets. National Economic Research Associates estimated that the rule would have increased electricity prices by double digits in 40 states and cost up to $292 billion. The Obama EPA rigged its cost-benefit analysis by deeming improved efficiency an “avoided cost” rather than a benefit.

The Trump plan still seeks to curb CO2 from coal plants, but the EPA will let states take the lead and won’t dictate reductions. States will have to develop plans to achieve the “best system of emission reduction” at individual power plants, which the EPA defines as “heat-rate” efficiency improvements.

Heat rate can be affected by dozens of variables from fuel type to steam-surface condensers and boiler feed pumps. Low-sulfur coal from Wyoming’s Powder River Basin is cleaner than Appalachian coal but burns less efficiently and emits more carbon. This is among the many environmental and energy trade-offs the Obama rule ignored. The rule is also agnostic regarding fuel, so states won’t be punished if their coal plants use, say, lignite from Mississippi that burns less efficiently.

President Trump hailed the new rule on Tuesday for keeping his promise to revive the coal industry, while liberals predicted a climate apocalypse—better start building your arks for the flood. They’re both exaggerating.

Power plant C02 emissions are still estimated to fall under the EPA’s proposal to 33% below 2005 levels by 2030, but without the costs to consumers of the Obama plan. The Trump plan also doesn’t “roll back” Obama-era reductions since the Supreme Court stayed the Clean Power Plan in February 2016 and likely would have struck it down as an abuse of regulatory power.

As for the future of coal, the new rule doesn’t favor it over other fuels, but it also doesn’t punish it out of existence on ideological grounds. Coal plants will be better able to compete against cheap natural gas and subsidized wind and solar power.

But contrary to liberal lore, smokestacks won’t start popping up across America. The Energy Information Administration projects that coal generation will level off in the future as older facilities shut down and are replaced with more efficient and cleaner natural gas plants. The shale fracking revolution is still the biggest market challenge to coal power, and natural gas will still drive the reduction in U.S. carbon emissions.

The Trump draft will now be subject to public comments for 60 days and will be challenged in court. But its restraint should give it a better chance to prevail than the Obama Administration’s raw exercise of political power. Credit the EPA for keeping the President’s promise to voters to delegate power to the states and follow the law.