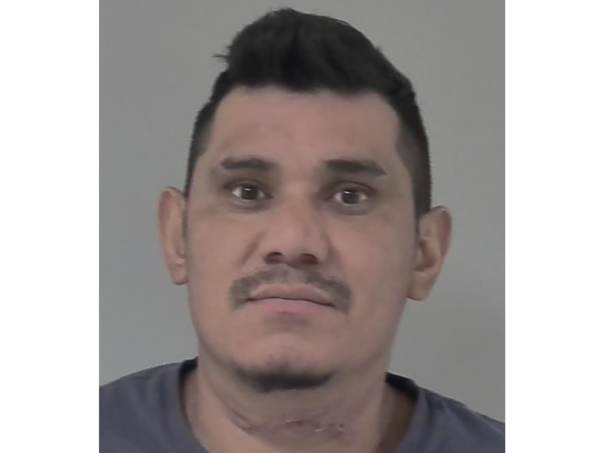 Minnesota officials charged Fraider Diaz-Carbajal from Mexico with the brutal murder of his former girlfriend in Shakopee, Minnesota earlier this month.

Fraider Diaz-Carbajal had been previously deported but told the court he has lived in the are for 18 years.
Fraider does not speak English and needed a translator.

He stabbed his former girlfriend several times before cutting his own neck.

A 27-year-old woman who was killed in Shakopee on Aug. 12 has been identified as Enedelia Perez Garcia, 27, and today prosecutors charged Fraider Diaz-Carbajal, 35, 1279 Taylor St. Unit 6, with second-degree murder (not premeditated) in her death. Police say he was in the country illegally after being deported in 2014.

At about 4:02 p.m. on Aug. 12, Shakopee police were dispatched to a fight call involving a knife at 1279 Taylor St., No. 6., and while on the way to the Taylor Ridge Towhomes, they were told a male had a knife and a female was possibly dead.

According to the charging documents, officers found a bloody scene in the upstairs bedroom: Diaz-Carbajal was lying with his head resting on the stomach and chest of a woman who was sitting on the floor with her back against the wall and did not appear to be breathing. Diaz-Carbajal’s throat was cut with a 6 to 8-inch-long laceration and there were several stab wounds in his abdomen. He was “taking occasional breaths and moving” and a large, bloody knife was at his left side.