Some Conservatives Want to Repeal the 17th Amendment. Here’s Why They’re Misguided. 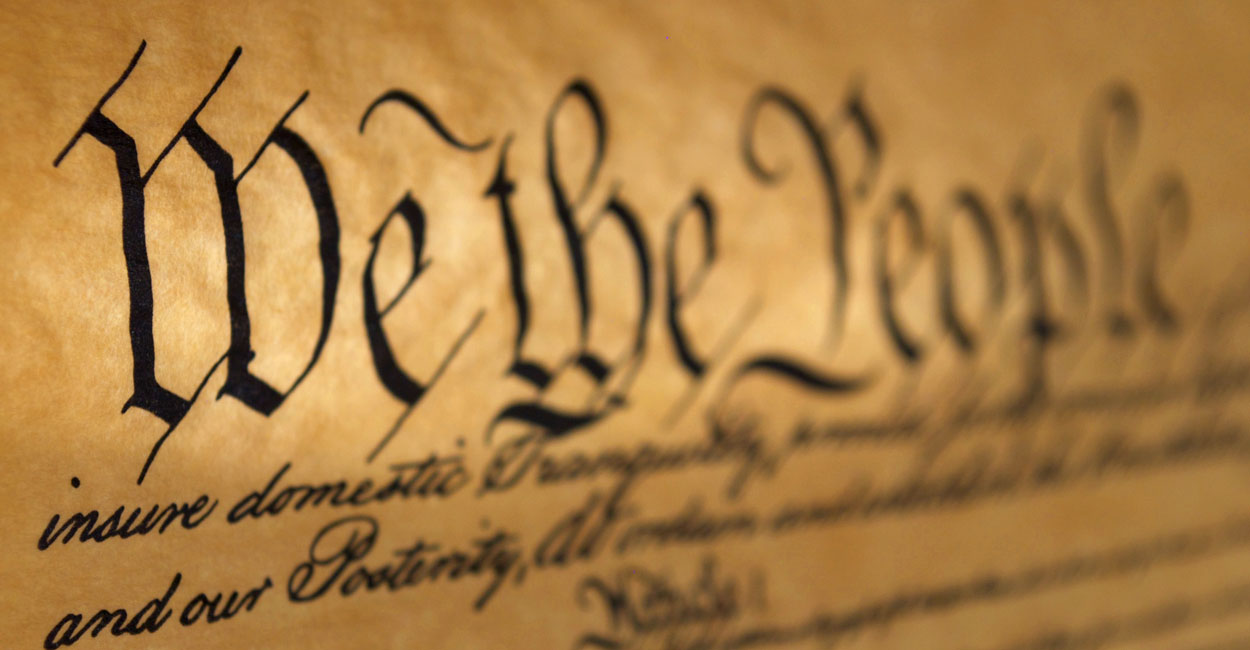 Repealing the 17th Amendment, which would end the direct election of U.S. senators and return the power of appointing senators to state legislatures, is a popular idea among many conservatives.

They argue that giving state governments a more formal and direct representation in Congress would resuscitate constitutional federalism, which has been adversely affected by the Progressive Era amendment passed by Congress in 1912 and ratified by the states a year later.

Advocates of repeal reason that under the sway of state legislators, senators would rein in federal government overreach and stanch its growth.

But, as I detailed in a recent report, changing the means by which we select U.S. senators may not have the positive impact advocates hope.

Post-repeal, senators and state legislators alike would still have strong incentives to keep significant money and power concentrated at the federal level.

Further, as the first two years of the Trump administration demonstrate, states have significant capacity to resist federal power when they choose to use it. But this power is not always matched by a will to defend state powers or the wisdom to judge when resistance is appropriate.

States Are Reliant on Federal Funds

If state legislators decided to use their influence over the post-17th Amendment Senate to shrink federal revenues, they would be forced to practice greater fiscal discipline than they do today.

States are deeply reliant on federal funds to meet their financial obligations. As of 2015, federal funds made up almost a third of the average state’s revenues.

As George Mason University law professor Ilya Somin argues, “State governments are anxious to get as much federal grant money as possible. This reality is unlikely to change if the 17th Amendment were repealed and legislative selection of senators reinstated.”

Indeed, over the past two years, both Republican and Democratic state governments have pushed back against modest efforts by the Trump administration to rein in federal outlays to the states.

Reliably conservative Republican governors, such as Matt Bevin in Kentucky and Asa Hutchinson in Arkansas and then-Gov. Robert Bentley in Alabama were all vocal critics of the administration’s plan to eliminate the Appalachian Regional Commission and the Delta Regional Authority—economic development and workforce training programs that serve their states.

While repealing the 17th Amendment may not result in less federal spending, money would likely flow down to the states with fewer strings attached. That alone would mark a significant rebalancing of power between the states and the federal government.

Many nationwide policies—such as the national minimum drinking age—have been established voluntarily by states eager to secure federal grants that require compliance with certain federal mandates.

However, freeing states to spend federal funds as they choose would not be altogether positive. States would have more latitude to devise their own policy solutions, but with federal grant money to fall back on, they would not need to bear the costs of their own policies.

Instead, states would be able to continue benefiting from expensive social welfare programs and lavishing money on public-sector employees without raising the necessary revenue themselves, knowing Congress would help foot the bill.

As with national politicians and the general public, what state legislators think is in their state’s best interest is bound up tightly with their partisan allegiance and political ideology. As a result, when the federal government advances a policy they like—even when it violates state sovereignty—some state politicians will be supportive.

This was clearly illustrated by the reaction of some state politicians to the Supreme Court’s stay of the Environmental Protection Agency’s so-called Clean Power Plan. The Obama-era regulation would have imposed costly state-specific carbon dioxide emissions caps. The Supreme Court’s stay meant these caps did not go into effect, and states could continue to regulate carbon dioxide as they saw fit.

Preferring that all states be yoked with the same stringent emissions standards they apply within their own borders, blue state politicians lashed out at the court. California’s Democratic governor, Jerry Brown, wrote: “As the world gets hotter and closer to irreversible climate change, these justices appear tone-deaf as they fiddle with procedural niceties.”

Politicians who view the constitutional order as just so many “procedural niceties” are unlikely to defend federalism—with or without the 17th Amendment.

Likewise, when Trump repealed an Obama-era requirement that public schools allow transgender students to use the restrooms of their choice, Minnesota’s Democratic governor, Mark Dayton, said, “This is not a ‘states’ rights’ issue. This is a human rights issue.”

Repeal advocates hope that the Senate will represent the states as states—rather than the states as collections of individuals—if the 17th Amendment is repealed. But if state politicians are more concerned with so-called “human rights” than with states’ rights, this hope would likely be chimerical.

When States Decide to Use It, They Have Extraordinary Power

The Trump era has also demonstrated how much institutional power the states really have when they are determined to use it.

As expansive and expensive as the federal government is, it does not have the money or manpower to enforce the law at the street level, everywhere around the country. It relies on the states for help.

Often grant money is enough to induce cooperation, but not always. When states are determined to resist a federal policy, the extent of their power becomes clear.

The Trump administration has struggled to effectively respond to blue states, such as California and Oregon, which have adopted sanctuary state policies on illegal immigration. Even when the federal government has a clear constitutional mandate to set policy—as it does in the case of immigration—it still must rely on the states for help.

If state and local governments direct their law enforcement agents not to inquire about individuals’ immigration status, the federal government must independently identify and detain all those who are here illegally by itself. That is an impossible task for Immigration and Customs Enforcement, an agency of less than 20,000 total employees.

By confounding this administration’s efforts to stop illegal immigration, states such as California have revealed the tenuous power of the federal government. Even without formal representation in the halls of Congress, state legislatures have powerful tools at their disposal to effectively push back against federal laws and regulations—even when they should not.

The fact that states do not often wield the full extent of their power suggests that their will to defend state authority has waned.

That many blue states have chosen to obstruct the federal government’s efforts to discharge clear constitutional authority—while cheering federal overreach into health care policy, environmental regulation, education policy, and many other areas—demonstrates the influence of partisanship and ideology over state lawmakers.

A Goal Worth Pursuing?

The argument for repeal of the 17th Amendment is rooted in a generally accurate perception that this change of the Constitution’s design was out of step with the Founders’ thoughts and presaged the growth of the federal government.

Some argue that was the intent of the Progressives at the beginning of the 20th century who authored the amendment. They gravely distrusted the parochial state legislatures and party apparatchiks who selected senators under the old system. Thus, they sought a more direct link between the populace and national representatives.

While the ratification of the 17th Amendment was part of the problem, a repeal today may not be a sufficient solution. Over the course of the 20th century, the states have become more reliant on federal funds and more enmeshed in national-level ideological fights.

The Trump era demonstrates how far both trends have extended. These two developments greatly complicate the effort to revive constitutional federalism. The Founders’ system, after all, requires that states have sufficient means to guard their sovereignty and the will to use those tools when appropriate.

For this reason, a revived federalism will only follow if the public demands that the federal government stay within its constitutional bounds. No matter the power they wield, state legislators will not fight for constitutional federalism if their own constituents goad them to take federal money and subvert state interests to party ideology.

If focusing on the 17th Amendment plays an educative function, teaching the American public about the important role the Founders intended state governments to play, it might be a noble effort.

The risk of focusing on such an antiquarian and anti-populist goal, however, is that it may well turn the fight for federalism—already an uphill battle for hearts and minds—into a veritable mission impossible.