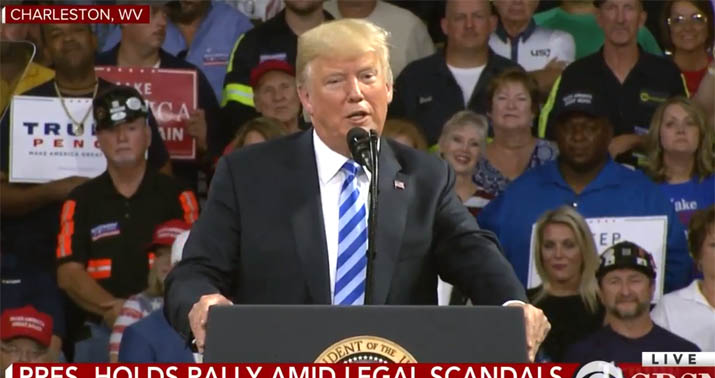 “I like Joe but he doesn’t vote—he just doesn’t vote for us,” President Trump said tonight at his campaign stop in Charleston, West Virginia. Trump was there to stump for Senate candidate Patrick Morrisey who is challenging Democratic Senator Joe Manchin. Morrisey only spoke for about six minutes and a chunk of that was praising the president. Most the event was a Trump campaign speech.

Some other things Trump talked about tonight:

One of the big questions was whether Trump would discuss the verdict in the Manafort trial or the plea deal with Cohen. The answer to that is no, which I guess is significant in itself.

Here’s the complete speech which lasts about 70 minutes: