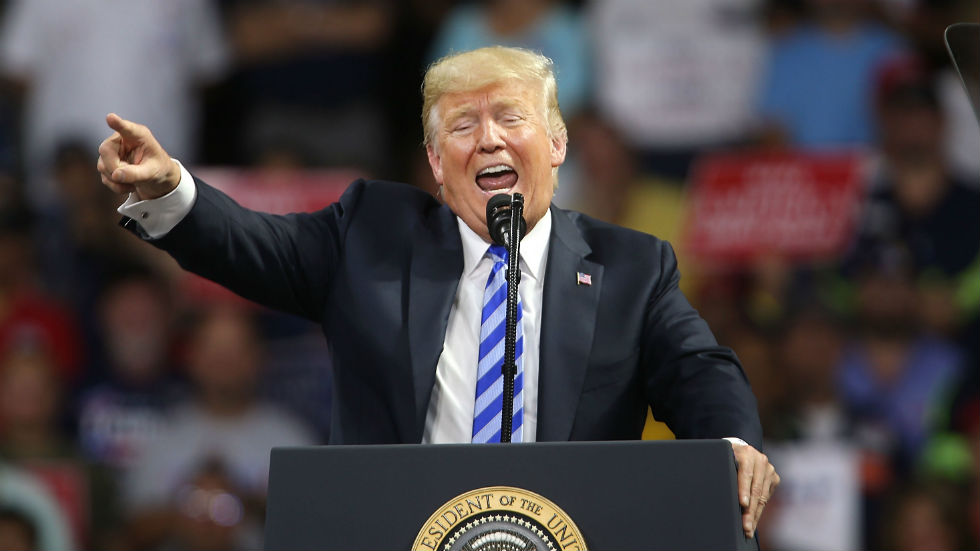 Trump’s longtime personal lawyer Michael Cohen pleaded guilty on Tuesday in New York to violating campaign-finance law by arranging hush money payments for two women, saying he did so in coordination with Trump.

The president responded to the twin legal blows ahead of a campaign event in West Virginia, telling reporters the Manafort conviction was a “disgrace” that had “nothing to do with Russian collusion.”

Trump said he feels “badly for both” Manafort and Cohen, but did not comment further on his former lawyer’s guilty plea.

The president later sought to show he was unfazed by the stunning legal developments during the rally in Charleston, where he briefly touched on the news during his speech to supporters.

Tuesday’s events made it clear that Trump faces increasing political and legal danger as a result of the investigations swirling around him and key figures in his inner circle.

Cohen’s plea may pose the biggest problem for Trump, given that Cohen admitted to paying off women who allege they had extramarital affairs with the then-business mogul in an effort to help his 2016 campaign.

The charges were brought by federal prosecutors in New York and were based off information that was passed along by Mueller’s team of investigators.

Manafort’s criminal conviction was related to his work for the pro-Russian former leader of Ukraine and not his service on the Trump campaign.

But the guilty verdict was seen as bolstering Mueller’s probe into alleged ties between the Trump campaign and Moscow’s interference in the 2016 race.

Trump’s personal attorney, Rudy Giuliani, pushed back on the notion the Cohen plea represents a significant legal threat to Trump.

“There is no allegation of any wrongdoing against the President in the government’s charges against Mr. Cohen,” he said in a statement. “It is clear that, as the prosecutor noted, Mr. Cohen’s actions reflect a pattern of lies and dishonesty over a significant period of time.”

As speculation swirled over what will come next for his presidency, Trump used the West Virginia rally Tuesday night to dole out red meat to his supporters, hitting Democrats, the news media and other “elites” while pledging to tighten his crackdown on illegal immigration.

Trump also downplayed Democrats’ chances of taking back control of Congress in the November midterms in a “blue wave.”

The legal troubles have raised the stakes for Trump in the midterms, when Republicans are at risk of losing control of control of the House, and possibly the Senate.

Democrats could decide to initiate impeachment proceedings against Trump if they take control of the lower chamber. Short of that, they could intensify ongoing congressional probes of Trump and his administration.

In the meantime, Democrats will almost certainly highlight the explosive confession made by Cohen. Trump’s former lawyer did not name the president in court, instead referring to an unnamed “candidate” for federal office.

But Cohen’s lawyer, Lanny Davis, laid out the stakes for Trump in starker terms.

“[Cohen] stood up and testified under oath that Donald Trump directed him to commit a crime by making payments to two women for the principal purpose of influencing an election,” Davis said in a statement.

“If those payments were a crime for Michael Cohen, then why wouldn’t they be a crime for Donald Trump?” added Davis.

Federal prosecutors said Cohen admitted to arranging $280,000 in payments “to silence two women who otherwise planned to speak publicly about their alleged affairs with a presidential candidate, thereby intending to influence the 2016 presidential election.”

Trump in April denied any knowledge of a payment to Daniels, but later admitted that Cohen represented him in the matter.