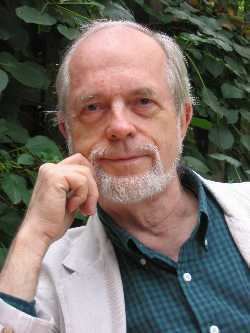 David McReynolds died a few days ago. McReynolds came to semi-prominence as an anti-war activist in the 1960s. He devoted the rest of his life to advocating and organizing for socialism and pacifism. He ran for president twice as the candidate of the Socialist Party USA.

The Washington Post’s obituary is here. The following paragraph near the end jumped out at me:

In 2015, he resigned from the Socialist Party after being censured for Facebook comments that the party deemed “potentially racist” and Islamophobic. (Mr. McReynolds said his remarks about the “thuggish” behavior of Michael Brown, whose fatal shooting sparked riots in Ferguson, Mo., had been misunderstood, and he said he was “absolutely opposed to efforts to demonize Muslims.”)

McReynolds’ “Islamophobia” consisted of saying that the Charlie Hebdo attacks in Paris require an examination of why Islam is violent as compared to Christianity and Judaism. Of Brown, he said that while people might be offended by what seemed to be his thuggish behavior in dealing with a small shop keeper, that did not give the police the right to shoot him.

For these comments, the Socialist Party censured him.

In his resignation statement, McReynolds described his censure as “Stalinist.” At a minimum, it was Leninist. He was censured not even for holding a dissenting view on an issue of policy. He was censured for suggesting that the behavior of a particular individual seemed thuggish.

This is not my father’s Socialist Party, the party of Norman Thomas, a man of moral clarity and a fierce anti-Communism. In his resignation statement, McReynolds did a good job laying out the descent of that party’s leftism into “a maze of cults and sects” and, indeed, “Stalinism.” The sectarian details will probably be of interest only to people like me who have already heard some of the war stories. But the theme should be of general interest.

Today, a sizable chunk of the Democratic Party, following the lead of “Democratic Socialist” Bernie Sanders, is well on it way to occupying the space that once was the dominion of the Socialist Party. But it lacks the moral clarity and vigorous anti-communism of Thomas’ party.

Moreover, it exhibits an anti-democratic, borderline authoritarian strand not unlike that which McReynolds eventually rebelled against. We see this most clearly on college campuses, though the rampant political correctness of left-wing Democrats extends much further.

Who in the Democratic left defends speech that’s inconsistent with its radical identity politics agenda? How would a Democrat who used the words “thuggish behavior” in the same sentence as “Michael Brown” be treated by the Democratic left? Would he or she be able to eat undisturbed in restaurants now? How about five years from now?