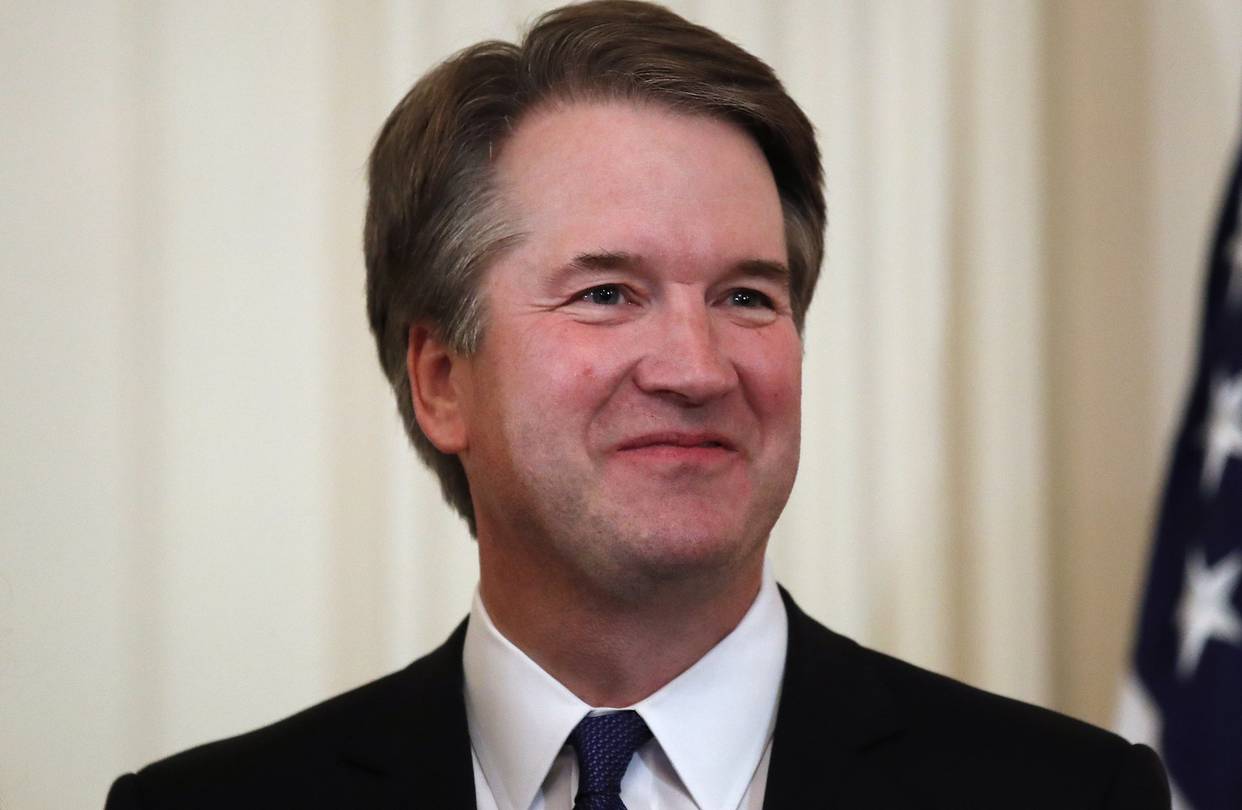 Judge Brett Kavanaugh stands in the East Room of the White House in Washington, D.C., July 9.

We figure we’ve seen everything, but then Chuck Schumer keeps providing a daily education in weird political science. The Senate Democratic leader on Tuesday attempted the double bank shot of claiming that

shouldn’t be confirmed for the Supreme Court because

“It is unseemly for the President of the United States to be picking a Supreme Court Justice who could soon be, effectively, a juror in a case involving the President himself,” Mr. Schumer declared, picking up a trope that has quickly become part of the liberal echo chamber. Senators Mazie Hirono (Hawaii) and

(his own private Idaho) cancelled meetings with Judge Kavanaugh, with Mr. Markey saying he is now an “illegitimate” nominee.

is the elected President with the power of appointment under the Constitution, but because his former lawyer has pleaded guilty to evading taxes and paying off a couple of Mr. Trump’s alleged mistresses, Mr. Trump no longer enjoys the powers of the Presidency under Article II. This novel interpretation of presidential authority somehow eluded James Madison.

As for Judge Kavanaugh being a “juror” for Mr. Trump if he is confirmed to the High Court, the Chief Justice presides over Senate impeachment trials. Associate Justices have no role. The jury is 100 Senators, who get a vote only after the House impeaches a President.

Mr. Cohen has implicated Mr. Trump in approving the payoffs, but Mr. Trump denies it and no court or Congressional committee has heard the evidence. Mr. Cohen has merely asserted it, no doubt under prosecutorial persuasion as part of his plea, and it isn’t clear reimbursing Mr. Cohen for the payments would be a crime even if Mr. Trump approved it. That would depend on Mr. Trump’s state of mind and other evidence. But Mr. Schumer already seems to have Mr. Trump impeached and on trial.

We know the Democratic leader is under enormous pressure to show he’s fighting really, really, really hard to defeat Mr. Kavanaugh, but Mr. Schumer ought to show more respect for his own reputation. The daily histrionics are getting embarrassing.