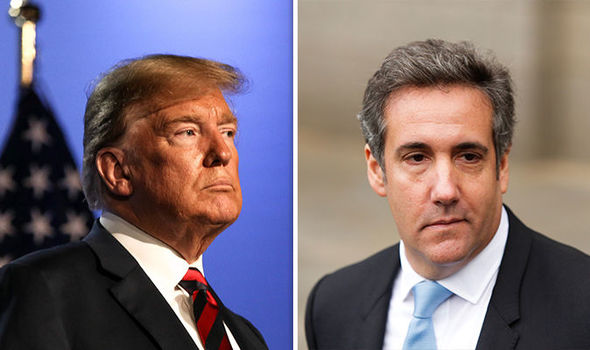 The organs of the federal government have had the Trump campaign, President Trump and those around him under the microscope since some time before his first day in office. The counterintelligence investigation formally opened at by the FBI in July 2016 has become the Mueller Switch Project dogging the Trump administration. Whatever happened to “collusion”? It has served its purposes to feed the campaign against Trump while something like the real thing has been discovered at the heart of the Clinton campaign through cutouts intended to cover it up and and to maintain deniability. Thanks to the work of the House Intelligence Committee under the leadership of Rep. Devin Nunes, coverup unraveled.

We don’t need to ask what it’s all about. It’s obvious. We know it’s all about undoing the result of the 2016 presidential election.

Now what was once the FBI counterintelligence investigation of Russia and the Trump campaign has delivered the plea deal entered into by Trump attorney Michael Cohen earlier this week with the United States Attorney for the Southern District of New York. Insofar as they pertain to the 2016 presidential campaign, the charges to which Cohen has pled involve nondisclosure agreements with women who sought to parlay one-night stands or affairs with Trump into cash. Whatever happened to “collusion”? (Forgive me for repeating myself.) This is more like “th’ expense of spirit in a waste of shame.”

Seeking to penetrate the media fog, I have posted the primary documents bearing on the campaign “collusion” investigations as they have become available. There is no substitute for seeing what they reveal through our own eyes. I think the same applies to the Cohen plea deal. I have embedded it below via Scribd.

Six of the eight counts to which Cohen has pled guilty involve his own dishonesty. One implicates the Trump Organization (Count Seven) and one implicates unnamed individuals in the Trump campaign (Count Eight). Count Seven charges Cohen with willfully causing an unlawful corporate contribution. Count Eight charges Cohen with making an excessive campaign contribution to the Trump campaign. The mechanics of these transactions are laid out in the Information making the charges at pages 11 and following under the heading Campaign Finance Violations.

President Trump is referred to anonymously as Individual-1. It is like disguising a camel with sunglasses.

Reading the charges made in Counts Seven and Eight as spelled out in the Information, one can’t help but reflect “what a tangled web we weave.” I found the related New York Times account helpful.

The charges set up trouble down the road for others (e.g., “Executives of the Company”). They are included as a service to Mueller. That is the point. Because relevant facts are omitted and because the relevant law is complex, I hesitate to say more. Without more, it would be hazardous or misleading to speculate about the legal liability of others (or even of Cohen’s legal liability) at this point.

Full by Scott Johnson on Scribd