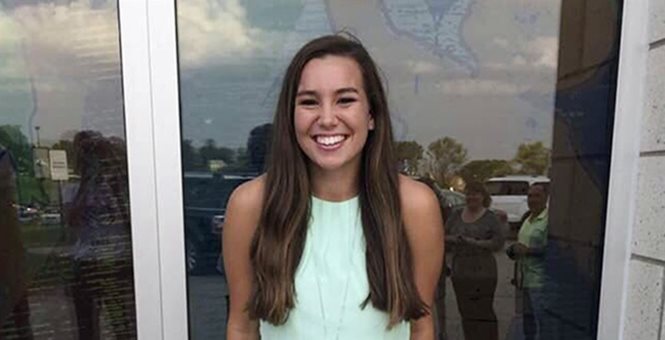 According to CNN contributor and former Bernie Sanders spokesperson Symone Sanders, Mollie Tibbetts death wasn’t about illegal immigration but about toxic masculinity. Sanders outlined her take on the crime in a series of tweets Wednesday:

Mollie Tibbetts was murdered b/c she told a man to leave her alone while she was jogging. Her murderer happens to be undocumented. This isn’t about border security. This is about toxic masculinity. Mollie Tibbetts lost her life b/c a man couldn’t take her saying no. Full stop.

So let’s walk through this. First, police haven’t said anything about the motive in this case. The alleged killer told police he followed Mollie and that she told him to leave her alone or she’d call the police. He also claims to have blacked out and woke up with her body in the trunk of his car. It’s possible some or all of this is the truth but we don’t know for certain. At this point, we’re taking the alleged killer’s word for it.

But based on the killer’s predatory behavior, it seems reasonable to assume his interest had a sexual aspect to it, i.e. maybe his intent was kidnapping and rape. But again, we don’t know that yet because he apparently hasn’t admitted that and the results of the autopsy (which took place this morning) won’t be available for a week or more. So let’s start by saying that this whole theory is based on a bunch of unproven claims.

Her murderer actually might not even be undocumented. Regardless it is problematic for people to characterize an entire community based off the actions of one person. The majority of mass shootings in America are carried out by white men. So are we going to round them all up?…

Her claim that Rivera might not be an illegal immigrant seems to fly in the face of the available facts. It seems likely, based on the statement by his former employer, that he is an illegal immigrant who’d been working under a false name. But Sanders doesn’t double-down on this point, she moves on.

I agree with her that you can’t characterize an entire community based on the actions of one person. However, what we’ve seen repeatedly in the last several years by people on the left pointing to isolated incidents, i.e. the shooting of Michael Brown, the death of Sandra Bland, is that they can be demonstrations of systemic problems (racism).

Furthermore, we’re told that when Black Lives Matter supporters highlight these issues, that’s not intended to stigmatize all police officers. Can’t the same be true here? Can’t this murder highlight a larger social problem without being a blanket condemnation of an entire group?

That logic is asinine, archaic and flawed. I’d love if we could have a real conversation about how women’s lives are literally in danger because some men do not know how to check their egos. How many more women have to die before we can address this?…

Women really are in danger from predatory men. We’ve been talking about that quite a lot recently with reference to Harvey Weinstein and other alleged rapists and abusers. It’s not as if #MeToo isn’t a thing that has been on the radar and in the media for the past 9-10 months. We are having a “real conversation” about this already. So this complaint comes across as an attempt to change the subject from something else Sanders would rather we not talk about: Illegal immigration.

Lest we continue to defile the life of #MollieTibbets with racist garbage some folks think is politically expedient that does nothing to address the root cause of the issue. Just stop.

Look, there are going to be racists who jump on topics for the wrong reason, but that doesn’t mean that everyone who thinks there is an issue worth discussing here is doing so because they are racist. It’s a cheap shot and another attempt to shut people up by playing the race card.

Assuming it’s true Christhian Rivera was here illegally and that he murdered Tibbetts, this is one murder that could conceivably have been prevented through tougher immigration policies. Would those policies prevent all murders? No. Would there still be evil men who were born here trying to kidnap women and do them harm? Yes and that’s a real problem. But this particular crime might have been prevented in another way and it’s not the only one like this. Why can’t we talk about that too?