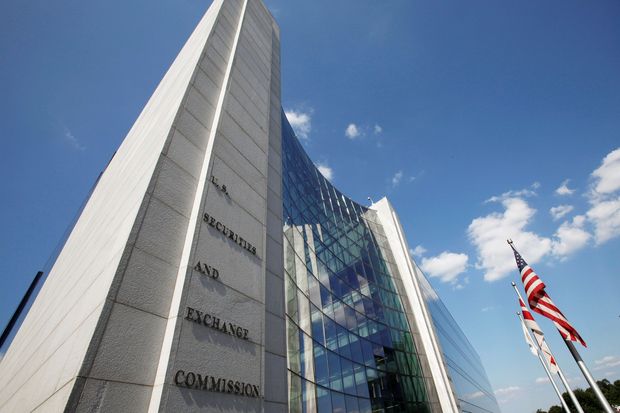 President Trump has directed the Securities and Exchange Commission to study whether to shift from quarterly public reporting to a semiannual schedule. By all means study away, but there’s scant public evidence that quarterly reporting hurts investment, and it’s indisputable that public markets benefit from more information.

Liberals have long complained about “short-term” management, and there’s always been an echo in corners of corporate America. Who wants to deal with those annoying journalists and stock analysts? The Business Roundtable in June urged corporations to drop quarterly earnings guidance because the results may reflect ephemeral factors and entice management to focus excessively on short-term profits or juice earnings by deferring spending.

Companies issue quarterly guidance as performance benchmarks for investors and management, but it’s not required by the SEC. Many do because it’s come to be expected. Large asset managers and active investors often conduct their own earnings forecasts or employ research shops, and stock prices are influenced by factors other than whether companies meet or miss their own guidance.

But the issue of whether public companies should offer quarterly guidance is distinct from whether they should be required to disclose their financial performance every quarter, including income, revenues, cash and liabilities. The SEC has required quarterly earnings disclosures since 1970 to protect public investors and enhance corporate accountability.

Investors use this information to forecast a company’s outlook, and in aggregate their trades send signals to corporate boards and executives. More frequent reporting improves the efficiency of public markets and reduces the temptation for insider trading.

decline in European users during the second quarter following privacy regulations, which appeared to augur a slowdown in growth. Investors can sometimes overreact to a quarterly slump, but stock gyrations are likely to be larger if reporting is less frequent.

& Co. said it is raising prices to offset higher materials costs, but that its sales have been surging amid high demand from farmers and contractors.

There’s little evidence that quarterly reporting encourages myopic management. Research and development expenses as a share of the economy have been increasing since the 1970s when the SEC first required quarterly reporting. Capital expenditures declined following the 2008 downturn, but corporate investment has been increasing again thanks to tax reform and deregulation.

Quarterly reporting also hasn’t dampened investor enthusiasm for forward-looking companies like Amazon or Apple, or deterred their executives from plowing cash into initiatives with a long-term payoff. Executives like

have invested for the long term even as they report quarterly results. Investors can look below a company’s top-line earnings and judge a company’s growth potential by other metrics.

Quarterly reporting does consume management time and resources and is more burdensome on small companies. But the regulatory burden pales next to Sarbanes-Oxley’s third-party audits of internal controls. There are many reasons that startups delay issuing stock in public markets including the increased availability of private capital and the risk of shareholder lawsuits. Quarterly reporting probably doesn’t make the top five.

“Short-termism” has become a bogeyman on the left, which wants more political control over corporate decisions. Hillary Clinton issued a white paper in 2015 on curbing “short-term” investing that included higher taxes on capital gains and an attack on corporate stock buybacks. Let’s hope the SEC’s study doesn’t turn mythology about “quarterly capitalism” into proposals that damage capital markets.