Viktor Orbán Isn’t the Illiberal Revolutionary You Think He Is 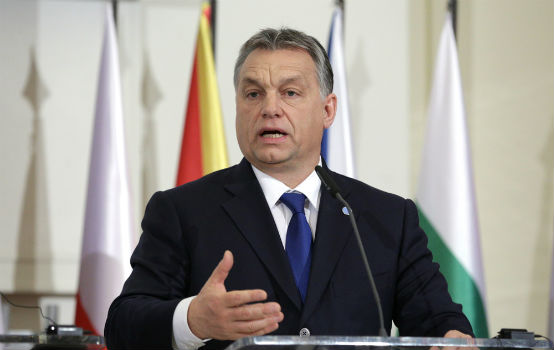 A first-time visitor to Hungary could be excused for thinking he’d arrived at an intensely religious country. In Budapest, the spires of several churches are visible from either bank of the Danube, and the Hungarian double cross is proudly emblazoned across the nation’s ubiquitous coat of arms.

Hungarians are rightly proud of their religious heritage. But such sentiment should not be confused with genuine spiritual conviction. Few people regularly attend religious services, the country’s historic Roman Catholic and Calvinist Churches are shedding adherents, and Hungary’s public square is notably secular. Religious holidays have been absorbed into a broader celebration of Hungarian culture that retains the trappings of Christianity without much in the way of substance. Christmas markets, not Midnight Mass, are the order of the day.

Against this increasingly secularized backdrop, Hungarian Prime Minister Viktor Orbán has famously endorsed “illiberal democracy,” a vaguely defined political project that is partly aimed at shoring up Hungary’s Christian identity. Orbán’s ambitious political agenda has at least one thing in common with Hungary’s historic churches: both are impressive edifices that conceal a hollow core.

Orbán’s recent speech in Romania, supposedly the most concrete explanation yet of what “illiberal democracy” might look like, was just a banal restatement of principles that no center-right party in the United States or Western Europe could possibly object to. Orbán will almost certainly continue to be a hero to right-wing populists and immigration skeptics, but his latest address should put to rest the idea that he is fashioning a comprehensive ideological alternative to political liberalism.

Here is the crux of Orbán’s address:

The desirability of all five points is, of course, debatable, but none are particularly revolutionary or even novel. If skepticism of multiculturalism is anti-liberal, then Angela Merkel, the purported leader of the free world, qualified as an anti-liberal insurgent as far back as 2010. Indeed, the idea that liberalism rests on certain shared cultural assumptions is a common right-wing argument. Orbán’s second point, the importance of the traditional family, is another old-fashioned conservative theme. His third tenet is also studiously conventional. Economic protectionism was, until Donald Trump, somewhat taboo in Republican politics, but it has a long and venerable history on the European right.

The fourth tenet, immigration restrictionism, has made Orbán a political star beyond Hungary’s borders, but it would be cramped and extreme to define the liberal political tradition as always and everywhere in favor of mass immigration. No one has accused Denmark of abandoning liberalism, or questioned Merkel’s liberal bona fides for making concessions to immigration skeptics within her own party. Orbán’s fifth and final tenet is simply a pragmatic defense of Hungary’s political prerogatives within the EU. No small country wants to be bossed around by its larger, more populous neighbors: hence the importance of “one country, one vote.”

So why has Orbán couched his political principles—principles that would, in any other context, excite little controversy—as a broader critique of Western liberalism? There are three possible explanations. The first is that “liberalism” is simply a rhetorical stand-in for certain left-wing ideas that Orbán dislikes. It is notable that Orbán’s first speech on “illiberal democracy” from 2014 stressed the continued importance of the “foundational values of liberalism.” The most benign explanation for Orbán’s rhetoric is that an “illiberal democracy” is simply a country that guards its sovereignty and limits immigration while remaining open and free.

The second possibility is that the language of “illiberal democracy” is meant to lend intellectual heft to a purely opportunistic political shift. Orbán has been a public figure in Hungary since the fall of communism, and during his first tenure as prime minister, he was decidedly more sympathetic to international capitalism and the EU. Returning to power in the wake of the 2008 financial crisis, he moved (or was pushed) towards a more skeptical approach to globalization. He also seized on opposition to immigration as a winning political issue. It is plausible that Orbán has opportunistically embraced the rhetoric of “illiberal democracy” to rationalize a political shift that was driven by calculation, not ideology.

His government’s recent antics lend credence to this interpretation. Orbán’s Fidesz party has proposed banning gender studies in Hungarian universities, a move that is best understood as an exercise in political trolling. Even if the proposal becomes legislation and passes, the practical effect will be almost nil. Only two Hungarian universities offer gender studies majors, and only a few hundred students are currently enrolled in those programs. It’s a canny political maneuver that buttresses Fidesz’s populist credentials, but it also smacks of opportunism and provocation, not a carefully thought out ideological program.

A third possible explanation for Orbán’s rhetoric is more troubling. Hungary has long been pilloried in the international press for drifting towards authoritarianism. These criticisms are often overheated—the recent elections were vigorously contested by opposition parties, the internet remains free and open, and anti-Fidesz protests have not been violently suppressed. However, there are still enough warning signs to give even Orbán sympathizers pause. Banning any academic subject, however marginal, is a straightforward attack on freedom of inquiry. Hungary’s media landscape also exhibits worrying tendencies. The state television channel, often the only source of news in rural areas, has acquired a noticeable pro-Fidesz slant.

The ambiguity of Orbán’s own utterances give both his critics and defenders ample ammunition. In the above speech, Orbán’s praise of Vladimir Putin could be interpreted as a concession to the geopolitical realities of Eastern Europe—or it could be a sign of his genuine affinity for strongmen. Orbán also stresses the differences between Western and Central European social and political models. Taken at face value, this is an unobjectionable, even commonsensical, observation. It would be absurd for the governments of Hungary or Poland to slavishly ape their Western European counterparts. But his emphasis on a distinctly Central European approach recalls the rhetoric of Third World autocrats who have repeatedly justified repressive policies on the dubious grounds that their countries simply aren’t suitable for liberal democracy.

Talk of a Central European model also obscures the importance of Hungary’s own liberal tradition. The great Hungarian statesmen of the 19th century, whose names still adorn Budapest’s parks and monuments, were all classical liberals. The landmark 1848 rising against the Habsburg Monarchy was inspired by liberal nationalism. This streak of anti-authoritarianism clung to life even through the dark days of communism—in 1989, Hungary became the first Eastern Bloc country to hold free elections.

Many of Orbán’s critics indulge in absurd rhetorical excesses, and the preservation of a free society does not require an open-door immigration policy or absolute fealty to the European Union. But there are enough warning signs to worry, even for those who otherwise sympathize with Orbán’s politics. Let us hope that talk of “illiberal democracy” remains just that: talk.

Will Collins is an English teacher who lives and works in Eger, Hungary.