BUCHANAN: We are headed for hellish year…

“If anyone is looking for a good lawyer,” said President Donald Trump ruefully, “I would strongly suggest that you don’t retain the services of Michael Cohen.” Michael Cohen is no Roy Cohn.

Tuesday, Trump’s ex-lawyer, staring at five years in prison, pled guilty to a campaign violation that may not even be a crime.

Cohen claims he and Trump thus conspired to violate federal law. But paying girlfriends to keep past indiscretions private is neither a crime nor a campaign violation. And Trump could legally contribute as much as he wished to his own campaign for president.

Would a Democratic House, assuming we get one, really impeach a president for paying hush money to old girlfriends?

Hence the high-fives among never-Trumpers are premature.

But if Cohen’s guilty plea and Tuesday’s conviction of campaign manager Paul Manafort do not imperil Trump today, what they portend is ominous. For Cohen handled Trump’s dealings for more than a decade and has pledged full cooperation with prosecutors from both the Southern District of New York and the Robert Mueller investigation.

Nothing that comes of this collaboration will be helpful to Trump.

Also, Manafort, now a convicted felon facing life in prison, has the most compelling of motives to “flip” and reveal anything that could be useful to Mueller and harmful to Trump.

Then there is the Mueller probe itself.

However having, for a year now, been marching White House aides and campaign associates of Trump before a grand jury, Mueller has to be holding more cards than he is showing. And even if they do not directly implicate the president, more indictments may be coming down.

Mueller may not have the power to haul the president before a grand jury or indict him. After all, it is Parliament that deposes and beheads the king, not the sheriff of Nottingham. But Mueller will file a report with the Department of Justice that will be sent to the House.

And as this Congress has only weeks left before the 2018 elections, it will be the new House that meets in January, which may well be Democratic, that will receive Mueller’s report.

Still, as of now, it is hard to see how two-thirds of a new Senate would convict this president of high crimes and misdemeanors.

Thus we are in for a hellish year.

Trump is not going to resign. To do so would open him up to grand jury subpoenas, federal charges and civil suits for the rest of his life. To resign would be to give up his sword and shield, and all of his immunity. He would be crazy to leave himself naked to his enemies.

No, given his belief that he is under attack by people who hate him and believe he is an illegitimate president, and seek to bring him down, he will use all the powers of the presidency in his fight for survival. And as he has shown, these powers are considerable: the power to rally his emotional following, to challenge courts, to fire Justice officials and FBI executives, to pull security clearances, to pardon the convicted.

Democrats who have grown giddy about taking the House should consider what a campaign to bring down a president – who is supported by a huge swath of the nation and has fighting allies in the press – would be like.

Why do it? Especially if they knew in advance the Senate would not convict.

That America has no desire for a political struggle to the death over impeachment is evident. Recognition of this reality is why the Democratic Party is assuring America that impeachment is not what they have in mind.

Today, it is Republican leaders who are under pressure to break with Trump, denounce him, and call for new investigations into alleged collusion with the Russians. But if Democrats capture the House, then they will be the ones under intolerable pressure from their own media auxiliaries to pursue impeachment.

Taking the House would put newly elected Democrats under fire from the right for forming a lynch mob, and from the mainstream media for not doing their duty and moving immediately to impeach Trump.

Democrats have been laboring for two years to win back the House. But if they discover that the first duty demanded of them, by their own rabid followers, is to impeach President Trump, they may wonder why they were so eager to win it. 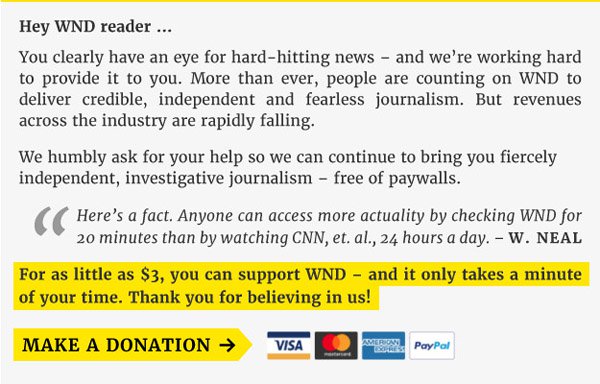