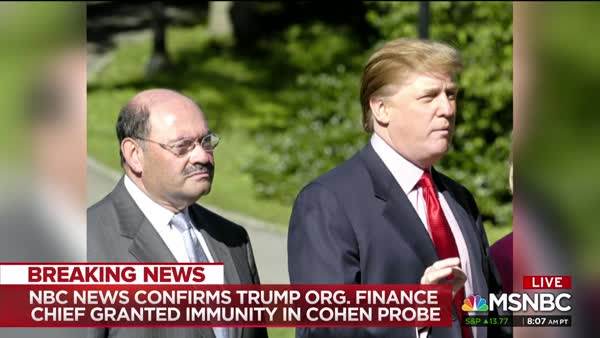 Joseph Stalin would be proud.

Democrats have NO CRIME to lay on President Trump so they are going to manufacture one.

“Show me the man, and I’ll show you the crime.”

This is America today.
The left is creating a crime to take down the sitting president.
They don’t even know what it is yet!

And the liberal media mob cheers them on!

Allen Weisselberg, President Trump’s longtime financial gatekeeper, was granted immunity by federal prosecutors for providing information about Michael Cohen in the criminal investigation into hush-money payments for two women during the 2016 presidential campaign, according to people familiar with the matter.

Mr. Weisselberg, who is chief financial officer of the Trump Organization, was called to testify before a federal grand jury in the investigation earlier this year, The Wall Street Journal previously reported, citing people familiar with the investigation. He then spoke to investigators, though it isn’t clear whether he appeared before the grand jury.

The decision by prosecutors in the Manhattan U.S. attorney’s office to grant immunity to Mr. Weisselberg escalates the pressure on Mr. Trump, whom Mr. Weisselberg has served for decades as executive vice president as well as CFO for the Trump Organization. After Mr. Trump was elected, he handed control of his financial assets and business interests to his two adult sons and Mr. Weisselberg.