Of Course Immigration Status Is Relevant, But It’s Not A License To Discriminate 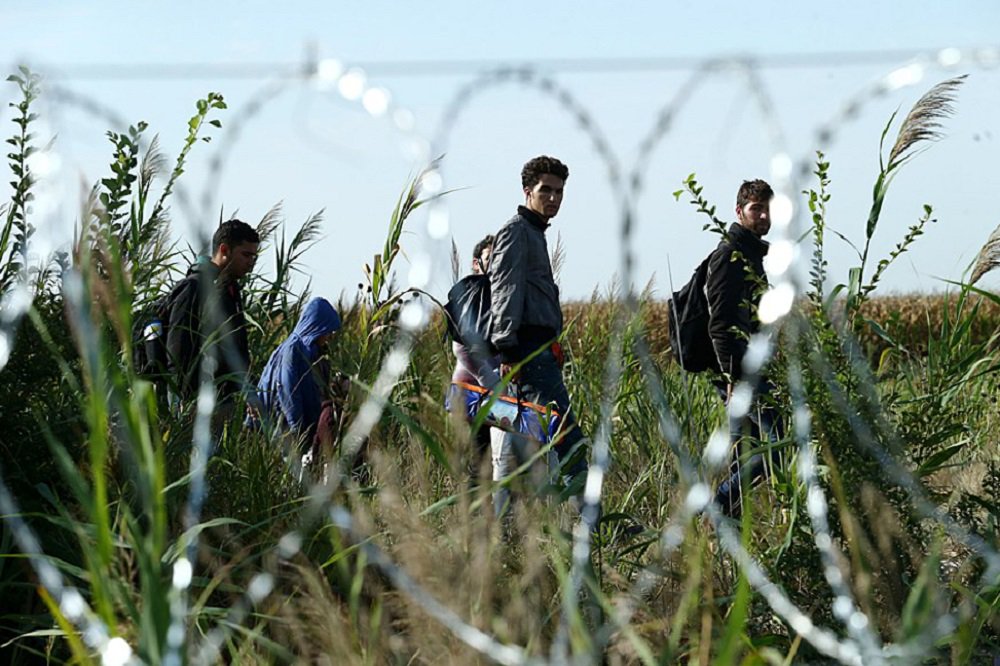 When an unlawful immigrant commits a high profile crime, it is natural to ask why this crime happened. Is there a moral component to immigration status? And what are the practical implications of immigration status? Statistics are important for establishing trends, but empirics aside, there is some common sense framing of the issue that is helpful.

Simply stated, immigration status in violent crimes is relevant chiefly if the perpetrator is unlawfully present, because those crimes are preventable. Secondly, a violent lawful immigrant could highlight a need to reform the vetting process. Beyond these considerations, undue focus on immigration status is likely unnecessary and potentially discriminatory. We should rightly recognize when newcomers perpetrate harm, without holding disdain for those who share our values.

Anyone who uses an individual immigrant to make generalized pronouncements on the morality of immigrants is intellectually vapid and morally confused. Individuals are responsible for their actions, and a violent crime committed by an illegal immigrant is the egregious choice of that person, but should not be used as a tool for labeling all immigrants as dangerous. This is separate from the practical implication of that person’s presence in the country.

People are not implicitly bad because they entered this country illegally. They are here in open defiance of our laws, making them law breakers by definition, but this does not make them inherently bad people. It may be that a willingness to break immigration law correlates with willingness to break other laws, but I am not supposing that without data.

When candidate Donald Trump said that Mexico was sending rapists and crime, he did not mean that immigrants from Mexico are necessarily rapists and murderers, but that such offenders are among those entering. There is no reason — logically or otherwise — to assume that by nature of being an unlawful immigrant, one has a higher propensity for rape or murder. Violent crime categorically differs from other civil offenses. A violent criminal being among those entering is disconcerting, however, and is worth noting when discussing enforcement.

A frequent retort is that people here commit crimes every day. Stephen Paddock killed 58 people last year, and he is a citizen. So how can anyone say that immigration status is relevant? If others do it too, and immigrant status doesn’t make one inherently bad, then why talk about it at all?

Capacity to commit atrocities is not related to immigration status. Human nature holds the inherent capacity for all people to commit wrongs. Look no further than the experiments of Philip Zimbardo or Stanley Milgram or literally any chapter of a history book. Given that all people can do bad things, it is in the interest of a sovereign nation to screen and select whom it allows to enter.

Citizens and legal immigrants can of course commit crimes, but an illegal immigrant’s presence is in itself a crime. That crime of illegal entry is not of the utmost moral station, but it does mean that there is no vetting or knowledge of the person’s history or potential. Unknown individuals are riskier than those who follow the procedures. Some of those could be decent and others violent, but not knowing is a risk to the sovereign nation.

When it comes to violent crimes, it is obvious that if a murderer or rapist never came into the country, he could not victimize a resident of the country. Of course murders, rapes, and theft will happen anyway throughout the country, but on an individual level, particular victims would certainly be spared by robust immigration enforcement. Every crime committed by an unlawful immigrant is a preventable crime. That is simple enough: If the immigrants are not here to commit the crime, the crime does not happen. This does not mean that with no unlawful immigrants the aggregate level of crime would necessarily decrease. It might, but other factors could keep it at a constant or higher level — a counterfactual that is impossible to know. We only know definitively that their particular crimes would not occur.

For the families of victims, it is a terrible loss, and clouding that with the unsolicited spotlight and toxicity of politics cannot be easy or desirable. It nevertheless is clear that Kate Steinle and Mollie Tibbetts would still be alive if their particular killers were not in the country. These two young women, and many more like them would not have perished when or how they did if not for the unlawful presence of their murderers. Border enforcement and deportation literally saves lives when violent immigrants are apprehended in time.

All illegal immigrants are not prone to commit violent crimes, but the presence of an unlawful population can create other problems. Kind but unlawful immigrants can also cause tragedy, and this is where immigration status can become sensitive. Take accidental vehicle collisions — the same tragedy would befall the family as with murder, and they would certainly ask whether their child would be alive if not for the presence of that immigrant. Vehicle accidents are incredibly frequent, but at an individual level, it is still relevant to the family because someone with no legal right to be here just took their child from them. This is not murder, or violent crime; it is a tragic accident. But it contributes to the question of considering immigration status. All harm done nefariously or accidentally by an unlawful person is needless and preventable.

When illegal immigrants do commit high profile evil acts, it is natural to wonder why they are in the country. It is also natural to wonder what other nefarious actors are unlawfully here. The impulse of the right to highlight these incidents as a rallying cry for immigration enforcement makes some sense. When that rallying cry is about law and order, the security and safety of our citizens, and national sovereignty, there is little problem. When it is used to justify or promote xenophobia, it is intellectually lazy and morally weak. This is particularly easy to spot when ethnicity is highlighted.

Anyone in the country without lawful status is rightly subject to deportation. That is just how the rule of law must work. That means that otherwise law-abiding and decent illegal immigrants are obliged to move along or be deported. Their underlying decision to break our law is what jeopardizes their status here, and while it may seem unfair to sweep them up during a push caused by egregious crimes, it is no less legitimate to deport them before or after such high profile crimes.

It makes the most sense, however, to focus enforcement on violent offenders and those committing other crimes like fraud, theft, or reckless driving. It is not efficient to deport every unlawful immigrant. Calls to deport every illegal immigrant are reactionary and undesirable. Calls to build the wall may be warranted, but must be tempered with nuance and context. It may seem inconsistent to call for a wall if the high profile murderer actually overstayed a visa after lawful entry, but a border barrier does decrease entry, and to the extent that border control helps reduce infiltration and allow us to vet immigrants, this solution is relevant. After all, we are no longer narrowly concerned with how one criminal got here, but how to prevent others from getting here.

Taking immigration status and violent crime into account is common sense. Using that as a cover for generalizations and xenophobic policies is wrong. We are a nation of immigrants, but also of laws, and we must enforce them consistently. As a part of this, we must do a better job of vetting good immigrants who believe in American values, and getting rid of those who would do us harm.