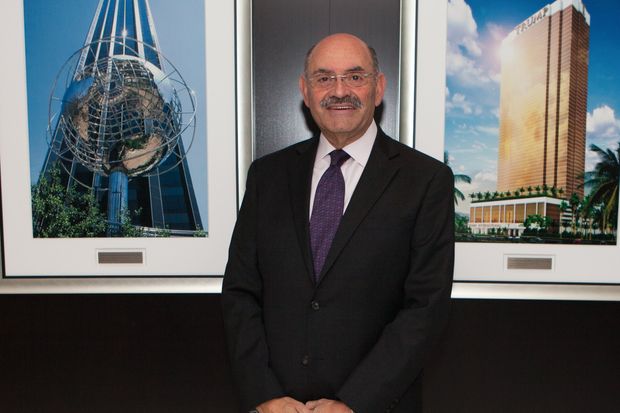 President Trump’s financial gatekeeper was granted immunity by federal authorities in New York and testified before a grand jury, the third longtime confidant of Mr. Trump known to have provided information in an illegal hush-money investigation that has implicated the president.

Allen Weisselberg, who has served for decades as chief financial officer and executive vice president of the Trump Organization, testified several weeks ago in the criminal investigation by federal prosecutors in Manhattan into

Mr. Weisselberg was one of the executives who helped reimburse Mr. Cohen through the Trump Organization and the president’s personal trust for a $130,000 payment Mr. Cohen made before the 2016 election to Stephanie Clifford, a former adult-film actress known as Stormy Daniels, for staying silent over her allegation of a past sexual encounter with Mr. Trump, which he has denied.

The men represent three pillars that have supported Mr. Trump for decades in financial, legal and publicity matters. The 71-year-old Mr. Weisselberg has long been a central figure in Mr. Trump’s business, a global real-estate development, property-management and licensing company.

Mr. Weisselberg didn’t respond to a request for comment. The Journal couldn’t determine whether Mr. Weisselberg told prosecutors that Mr. Trump had knowledge of the payments when they were made.

A lawyer for Mr. Trump declined to comment. The president has said he found out only later about the payments Mr. Cohen arranged. In a television interview earlier this week, he criticized the Justice Department tactic of “flipping” defendants in exchange for leniency, saying it “almost ought to be illegal.”

It remains unclear whether the information the three men have provided to the federal investigation was limited to prosecutors’ efforts that led to Mr. Cohen’s guilty plea or whether it will aid in the probe going forward. The investigation by the Manhattan U.S. attorney’s office is continuing, according to a person familiar with the matter.

Some of the president’s allies argue that if the information was used solely in pursuit of Mr. Cohen, the political fallout and legal risks for the president may subside. Still, this week’s events alarmed some members of Mr. Trump’s orbit.

a lawyer for Mr. Trump, said he wasn’t aware that Mr. Weisselberg had been granted immunity and didn’t know whether the president had knowledge of it.

Even at the Trump Organization, where fewer than 30 employees work on the 26th floor of Trump Tower alongside Mr. Weisselberg, the revelation that the CFO had been granted immunity from prosecutors surprised many executives, according to a person familiar with the matter.

“Is there reason to be concerned and pay very close attention and hope that there’s really good lawyering going on? Absolutely,” one person close to the White House said.

Another person close to the White House described the president as distracted by the wall-to-wall cable-news coverage of the developments involving Mr. Cohen and

his former campaign chairman who was convicted by a federal jury on eight counts of fraud on Tuesday.

Mr. Trump, the person said, is alternating between anger and “a surprising state of calm” in the face of cascading reports about legal troubles involving his associates. On Thursday, the president showed up unexpectedly at a birthday party for

and Lawrence Kudlow held on a White House patio, where aides cheered and applauded him.

Given the Justice Department’s longstanding determination that sitting presidents can’t be indicted, investigators would face uncharted territory if they amassed evidence that the president committed a crime, legal experts say.

Congress, which has the power to impeach the president, could ask for evidence from the Justice Department, and prosecutors could also use the evidence to pursue other individuals, former federal prosecutors said. Prosecutors aren’t precluded from charging someone after he is no longer president.

Federal prosecutors in Manhattan could also share their evidence with special counsel Robert Mueller, who is leading an investigation into Russian interference in the 2016 election and whether the Kremlin colluded with the Trump campaign.

Mr. Trump and the Kremlin have denied wrongdoing. Mr. Mueller’s remit gives him the leeway to pursue any matters that arise from his investigation; the probe of Mr. Cohen started, in part, with a referral from Mr. Mueller’s office.

That raises the prospect that Mr. Mueller could incorporate findings from the Manhattan probe into any report he submits to the deputy attorney general about his investigation’s conclusions related to Mr. Trump, legal experts say.

Mr. Weisselberg’s ties to the Trump family date to the 1980s when he worked for Mr. Trump’s father, Fred. He also serves as treasurer at the Trump Foundation, which has been accused in a lawsuit by the New York Attorney General’s office of repeatedly violating laws governing charities. The foundation has denied wrongdoing.

The accountant was at Mr. Trump’s side when he faced bankruptcy in the 1990s. Mr. Trump later credited the CFO in one of his books as “one of the toughest people in business when it comes to money” who “did whatever was necessary to protect the bottom line.” Mr. Trump has also praised Mr. Weisselberg as a “loyal employee” whose advice he relied on for everything from his finances to carpet swatches.

Last year, Mr. Weisselberg arranged for the Trump Organization to reimburse Mr. Cohen, who had in October 2016 arranged a $130,000 payment to Ms. Clifford, the former adult-film actress who claimed she had sex with Mr. Trump a decade earlier, in exchange for her silence about the alleged affair.

A person familiar with Mr. Weisselberg’s thinking said he didn’t know when he agreed in January 2017 to a $35,000 monthly retainer for Mr. Cohen that it was intended to reimburse him for his payment to Ms. Clifford.

Prosecutors said Trump Organization executives approved the reimbursement through phony invoices from Mr. Cohen and accounted for the payments as “legal expenses,” even though “the monthly invoices were not in connection with any legal services he provided.”

In January 2017, executives at the Trump Organization “‘grossed up’ for tax purposes” Mr. Cohen’s requested reimbursement to $360,000 and added a $60,000 bonus, charging documents filed Tuesday said. The next month, one executive at the company asked another executive to pay Mr. Cohen’s monthly retainer “from the trust” and to “post to legal expenses,” according to the document.

Mr. Weisselberg isn’t named in the charging documents but was one of the executives, according to a person familiar with the matter.

Last month, a lawyer for Mr. Cohen released an audio recording of a September 2016 conversation between Messrs. Trump and Cohen in which the two men discussed buying the rights to former Playboy Playmate Karen McDougal’s story.

In the recording, which federal investigators reviewed, Mr. Cohen said he would set up a company to make the payment, adding, “I’ve spoken with Allen Weisselberg about how to set the whole thing up,” before Mr. Trump interrupts him.

It isn’t clear whether Mr. Cohen actually spoke with Mr. Weisselberg about the plans to buy the rights to Ms. McDougal’s story. Ultimately, American Media Inc., the National Enquirer publisher run by Mr. Pecker, which had purchased those rights a month earlier, declined to sell the rights to Mr. Cohen.

—Peter Nicholas contributed to this article.

Write to Rebecca Ballhaus at Rebecca.Ballhaus@wsj.com and Nicole Hong at nicole.hong@wsj.com

Appeared in the August 25, 2018, print edition as ‘Trump Finance Chief Got Immunity.’