No, Cohen didn’t flip on Trump in Congressional testimony 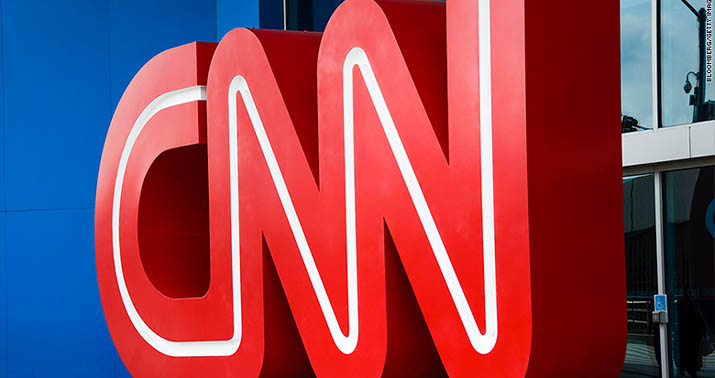 It turns out that Michael Cohen did NOT tell members of the Senate Intelligence Committee that President Trump knew about the infamous Trump Tower meeting with Russians after all. Let’s just call this story vindication for President Trump’s labeling of CNN as fake news, shall we? The cable news channel promoted a narrative that Cohen testified to two congressional committees that Trump knew about the meeting at the time, though the president denies knowing about it.

CNN got the story wrong, yet there has been no correction issued. In fact, their story is still up on their website. Their reporting told the tale that the president lied, Don, Jr. lied, their lawyers lied, and other White House members lied when they all denied that President Trump knew of the meeting at the time, back in June 2016. The CNN news report said that Cohen testified that Trump knew all along. CNN admitted that Cohen said he had no proof of the claim (no tape recording) and Cohen’s lawyer wouldn’t verify the story for CNN but they ran with it anyway.

Then, this week the story took a turn. Largely overshadowed by the more sensational stories coming forth over the last few days, it turns out Cohen specifically testified to Congress that Trump didn’t know about the meeting. Axios reports that three sources confirmed that pesky fact. Cohen still says Trump didn’t know. Cohen never said he’d be willing to tell Robert Meuller that Trump knew of the meeting.

Trump’s assertion all along has been that he knew nothing about the meeting until approached by a New York Times reporter and asked about it. CNN reported in July 2018 that Cohen testified that he was in the room with Trump when Trump found out. This report came from an anonymous source, of course, and CNN was only too happy to run the story over and over.

In that CNN report, which made quite a splash and was reported on and repeated extensively in the press, they stated that Cohen claimed “Trump knew in advance about the June 2016 meeting in Trump Tower in which Russians were expected to offer his campaign dirt on Hillary Clinton.”

It was not a general assertion. CNN was very specific about what Cohen allegedly knew and supposedly was prepared to testify to.

“Cohen alleges that he was present, along with several others, when Trump was informed of the Russians’ offer by Trump Jr. By Cohen’s account,” the report said. “Trump approved going ahead with the meeting with the Russians, according to sources.” They also wrote that the sources said Cohen didn’t “have evidence, such as audio recordings, to corroborate his claim, but he is willing to attest to his account.”

Cohen’s attorney, Clinton henchman Lanny Davis was asked about the CNN story as he carried out a full Ginsburg earlier this week begging for money to pay his invoices of billable hours to Cohen, because the chairman and co-chairman of one of the Congressional committees released a statement Tuesday that indicated that Mr. Cohen may be asked to re-visit them on Capitol Hill. Senators Burr and Warner said Cohen may have some ‘splaining to do. (emphasis theirs)

“We have obviously followed today’s reporting about Michael Cohen with great interest. He appears to be pleading guilty to very serious charges, however, we have no insight into any agreements he and his legal team have allegedly reached with prosecutors in New York.

“What we can say is that we recently re-engaged with Mr. Cohen and his team following press reports that suggested he had advance knowledge of the June 2016 meeting between campaign officials and Russian lawyers at Trump Tower. Mr. Cohen had testified before the Committee that he was not aware of the meeting prior to its disclosure in the press last summer. As such, the Committee inquired of Mr. Cohen’s legal team as to whether Mr. Cohen stood by his testimony. They responded that he did stand by his testimony.

“We hope that today’s developments and Mr. Cohen’s plea agreement will not preclude his appearance before our Committee as needed for our ongoing investigation.”

At first, Davis said he couldn’t possibly nix the story because of “sensitivity”.

And then, lo and behold, I saw a tweet that Lanny Davis was, in fact, CNN’s “anonymous” source all along. He did so even though he didn’t know if it was right. He just did it. You know, like a standard swamp creature from Team Clinton.

When The Post called Cohen’s lawyer, Lanny Davis, at the time to confirm the report, he said as an anonymous source that it was accurate.

But Thursday, Davis, speaking on the record, apologized for confirming something he did not know to be true.

“I regret that I wasn’t clear enough to The Post. I should have been more clear. I could not independently confirm the information in the CNN story,” he said.

“I’m sorry that I left that impression. I wasn’t at the meeting. The only person who could confirm that information is my client.”

I’ve yet to see Lanny Davis making the rounds to clarify the record. Looks like he’s the swampiest of all the creatures in this story.