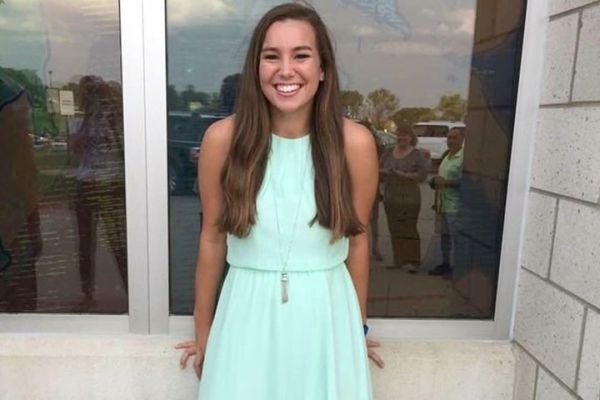 Donald Trump is being accused of turning the tragedy of the murder of Iowa college student Mollie Tibbetts into a political issue.

"Democrat immigration policies are destroying innocent lives and spilling very innocent blood," Trump said in while speaking in Ohio. "We believe that any party that puts criminal aliens before American citizens should be out of office, not into office."

The President's remarks on Tibbetts come not long after the White House added the slain University of Iowa student to a list of individuals who were killed by undocumented immigrants, according to police. Trump was also seen in a video released on his Twitter account speaking about Tibbetts' death on Thursday.

Tibbetts' family is none too pleased:

Members of the Tibbetts family denounced attempts to politicise her murder. Her aunt Billie Jo Calderwood wrote on Facebook: “Please remember, Evil comes in EVERY color. Our family has been blessed to be surrounded by love, friendship and support throughout this entire ordeal by friends from all different nations and races.”

It's ironic bordering on humorous for the left to cry about politicizing a tragedy. Every single school shooting immediately brings out the anti-gun rhetoric as the gun control lobby seeks to maximize their advantage by playing to the emotions of voters. The Parkland tragedy is a perfect illustration. Not only was the anti-gun rhetoric at a fever pitch in the aftermath of the incident, but the gun control lobby went to the nauseating length of using survivors of the shooting as props in their little anti-Second Amendment drama.

In the case of Tibbetts death, the left is using the tragedy to call conservatives "racists" for bringing up the killer's illegal status. And the same people who called Republicans "terrorists" for supporting the Second Amendment in the aftermath of the Parkland tragedy are accusing Trump and the GOP of politicizing the killings.

So both sides use tragedy suffered by families to promote a political agenda. Does it do any good to claim "Yeah, but the other side does it, only worse"?

Heartbroken by the news about Mollie Tibbetts. Mollie was an amazing young woman and we are praying for her parents, brothers & friends in this time of unimaginable grief…. https://t.co/JesB2VXjnN

Pence is old fashioned. We have gone far beyond such class and propriety in politics.  Insensitivity is in. Empathy is out. The more brutally you can use a tragedy to gain political advantage, the better.

To the families, both sides can say: "Sorry about politicizing your grief, but this is war. This is a life and death struggle for the soul of America. Your feelings must take a back seat."

I am certainly not blameless in helping to politicize tragedy. But at this point, it has become sadly necessary. It is now expected that if you write about a tragedy like the death of Mollie Tibbetts, you bring up the political angle. There's no reason to disarm when the other side is loading a gun that you know they are going to use.

Just one more reason to hate what modern politics has become.