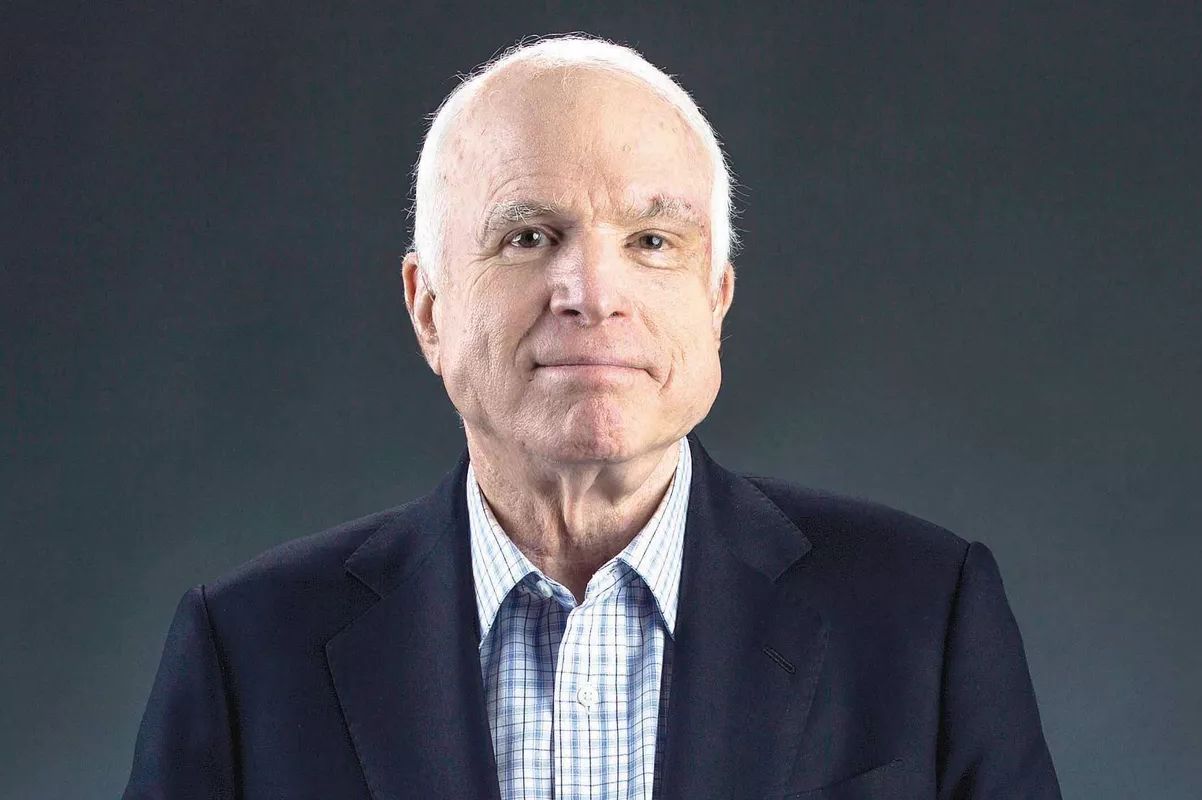 In the history of the United States the Vietnam War casts a cold shadow. Some call it America’s first lost war, historians and pundits roundly regard it as a horrible mistake, and its execution met by those protesting it divided a nation in crippling ways. But eventually, in our popular culture, the men who fought this war became a new kind of hero. Rambo and Magnum PI were archetypes of the Vietnam vet who came back better, stronger, though wounded men, and became heroes. But those were just stories. In real life, we had John McCain.

For all of his accomplishments both professional and personal, John McCain will always be remembered first and foremost as the hot shot Annapolis graduate pilot who became a prisoner of war in 1967. For five and a half years he was imprisoned and brutally tortured by a Communist enemy that had raised the black flag against freedom.

McCain had been a double legacy at the United States Naval Academy, his father and grandfather having also haunted its hallowed grounds. Privilege and pressure must have both weighed on him. He graduated low in his class, which as it turns out isn’t terribly predictive, as Ulysses Grant graduated in the bottom half of his West Point class before defeating Robert E. Lee, who graduated second in his. Almost a decade after his graduation in 1958, McCain’s mettle would be tested and not found wanting.

Owing to his privilege of being the son of an admiral, John McCain was offered release from the hell the Viet Cong had unleashed upon him in his prison. Somehow he refused, insisting he would not leave without the American soldiers he served alongside. To make such a choice, in real life, when tomorrow you will be tortured again is the kind of act that throughout human history is rightly lauded as most exemplary. We shudder to imagine it. Knowing somebody actually did it, that some mere human bore that cross, that is the hope and inspiration that John McCain gifted his nation.

That would have been enough for anybody, but not for John McCain. After leaving the Navy, McCain opted to run for congress in 1982 as a pro-Reagan conservative. Five years later he would be elected to the Senate. In his nearly forty years in Congress, McCain embodied Reagan’s vision of an America with limited government and unlimited military power, but also Reagan’s love of compromise and desire to overcome political differences.

As a senator, McCain voted to confirm both Stephen Breyer and Ruth Bader Ginsburg to the Supreme Court because he believed that president Clinton had nominated qualified jurists, if not ones he agreed with. He worked across the aisle with Sen. Russ Feingold (D-Wisc.) to create campaign finance laws that would eventually fall under the Citizens United decision.

In 2000, McCain threw his hat in the ring to become the president. He lost the Republican primary to the eventual president elected that year, George W. Bush. It was a complicated primary, but McCain’s maverick message lost out to W’s compassionate conservatism. McCain landed a second place finish; it would not be his last.

Leading up to the 2008 presidential election, two things seemed clear. Hillary Clinton would be the Democratic nominee and no Republican on the face of the earth had even the remotest chance of winning. At least early on, with disapproval of George W. Bush and the GOP at all-time highs, it looked like any GOP candidate was on a suicide mission. John McCain was ready for service.

In a moment that captured everything that matters about America John McCain responded to a woman’s question at a town hall during that election. The woman said she didn’t trust Obama, that he was an Arab. John McCain took the microphone and said, “No ma’am, no ma’am, he’s a decent family man and citizen that I just happen to have disagreements with on fundamental issues.”

While some people were spreading baseless conspiracy theories about Barack Obama, conspiracy theories that could have helped John McCain’s effort to become president, McCain stood tall and said no. He would not be elected president on the back of a campaign based on bigotry and division. That wasn’t the country he wanted to lead. So instead he lead by example and lost.

History remembers greatness and sacrifice. Those who prefer acolytes over accomplishment and principle find their memory mocked if not buried. John McCain wasn’t afraid to lose. And because of that he often won. He won respect, he won elections, he won the hearts and minds of the people, he won a family that adores him and he won the respect of a nation that mourns his passing.

Human beings invent heroes because we need them. They feed our too often suppressed desire to be better than we think we can be. The example of John McCain should give us solace, because he showed us that it is possible. Now and then there is a man against whom we can measure ourselves. John McCain represents a high standard, a standard that should be our goal, and we should thank him for setting it. Rest in peace.