American and European Populists Are Talking Past Each Other 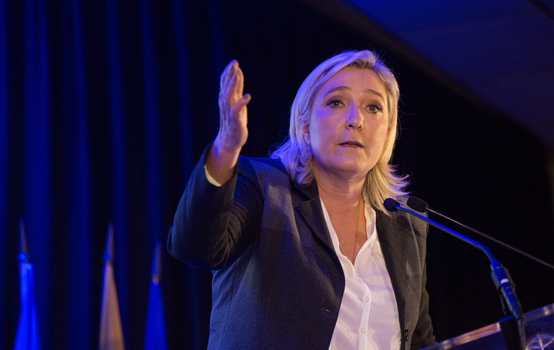 Kai Weiss offered up some food for thought last week when he attempted to explain why any plan for a transatlantic union of populists is doomed. And he’s largely correct: the integration of right-wing populist governments and parties in Europe into their own umbrella organizations give them a specifically European orientation, which seems to defeat the purpose of nationalism.

Further, the continued economic relations of populist governments in Italy, Hungary, and Poland with other EU countries would render their shift towards a new political configuration based on shared ideological proclivities with American populists highly unlikely. These assumptions are certainly well-founded, and Kai is correct that we shouldn’t interpret any change in the European populist Right as aligning with their American counterpart.

But there’s another, perhaps deeper, reason that American and European populists are unlikely to cooperate: they show only superficial similarities. Both are obviously concerned with the globalist threat to their national economies and cultivate a rhetorical style that appeals to the plain folk while ostentatiously bypassing the “uppers.” All so-called populists invoke national symbols and colors (thus Trump tells us that all Americans, no matter their race, “bleed red, white, and blue”). All ridicule multinational corporations and their usually socially leftist advocates as rootless. All have antagonistic relationships with left-wing media and devote considerable energy to contending with them.

And of course, both oppose mass immigration. But in Europe more than in the U.S., this opposition stems from widespread concern about a growing Muslim presence and the violent crime and cultural dislocation it’s brought about.

That said, the differences between European and American populism may be more critical than the overlaps. Put simply: European populism looks real, while its American counterpart seems contrived. Vehicles of American populism with nationwide followings—for example, the American Greatness website, Steve Hilton’s Sunday night defenses of American populism on Fox News, and the West Coast-Straussian Claremont Review—identify the American nation with an “idea.” This “idea” is found explicitly in the passage of the Declaration of Independence that tells us that “all men are created equal.” Lincoln’s victory over the slave-holding South and America’s military crusades for democracy in two world wars are often viewed as efforts to advance this founding ideal of equality.

While other, presumably inferior, nations are based on ethnic membership, shared religious traditions, and histories going back millennia, the U.S. is supposedly morally superior because of our universal founding principles. Those who argue this are entitled to their beliefs, but out of such abstract universals it is hard to fashion a specifically populist movement. That is because populism, for better or worse (I’m not being judgmental here), depends on very different unifying factors, like all the stuff that our would-be populists keep throwing on the junk heap. Hungarian, Polish, French, and Italian populists happily invoke everything that our populists are not supposed to believe.

One could hardly imagine an American populist saying what Viktor Orban repeatedly stated before the Hungarian national election that he won overwhelmingly in the spring. Orban vowed to “keep Hungary safe and Christian,” and called for the country—and Europe more widely—to embrace “a modernized version of Christian democracy” in the decades ahead. “Christian democracy protects us from migration, defends the borders, supports the traditional family model of one man, one woman, and considers the protection of our Christian culture as a natural thing,” he said.

In some ways, European populists are more generous than their American imitation. They don’t engage in trade wars with their fellow Europeans and generally work toward unity with others on the continent as members of a shared culture and history. European populists reserve their bile for those whom they see as Muslim interlopers and the Cultural Marxist Left. From reading the European right-wing press and knowing leaders of the Swedish Democrats, the National Front, and Alternative for Germany, I am hardly struck by the European Right’s affinity for the American ruling class, including self-described American nationalists.

It seems that, as soon as one moves beyond the Atlanticist crowd, European populists, like other Europeans, believe that American political elites are bullying the Old World. Loose talk about American exceptionalism, regime change aimed at conservative European governments, and the raising of tariffs on European products arouse concern among European populists over unwanted American hegemony. In a tour of the United States in February, the former head of the National Front, Marine Le Pen, praised Trump’s defiance of the left-wing media but then criticized his increasingly confrontational relations with Russia.

Clearly she was concerned with American dominance over Europe, a problem that European populists can’t imagine will go away even if self-styled populists come to power in the U.S. Confirming this impression was the reluctance of Italian president Sergio Mattarella to name as Italian premier Matteo Salvini, the populist leader of the Lega Nord, after Salvini’s stunning electoral victory in a national election in early March. It was the Trump administration that put pressure on Mattarella not to authorize a coalition led by someone who might not be obedient to the American government on foreign affairs. It was only after this American “veto” was removed and proper assurances were offered that Salvini in May was allowed to form a government. If this is what American populist leadership looks like, it may not be the case that Steve Bannon’s alliance is just around the corner.

By the way: the American populist website American Greatness quotes approvingly passages taken from National Review that justify American meddling in foreign elections and foreign regimes. Our government “has done so to promote democracy and political liberty and human rights.” No doubt Signor Salvini will appreciate this explanation.