Our Civic Institutions Are Self-Destructing 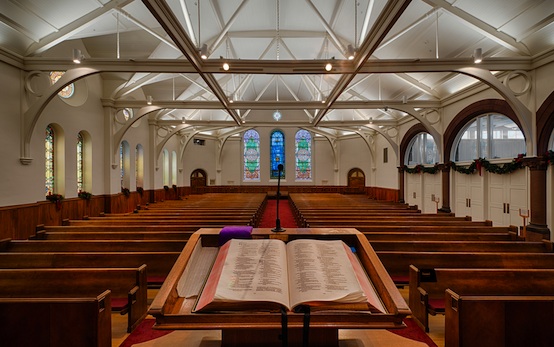 It is a dark time for America’s civic and cultural institutions.

A grand jury report released last week revealed that at least 300 Pennsylvanian Catholic priests have committed child abuse within their dioceses over the past few decades—abuses that were covered up repeatedly by Church leadership. Over the past year, the viral #MeToo movement has uncovered harassment in the Church, media, sports world, pop culture, and government. Whether it took place in an office at NBC, at a Hollywood hotel, or in a rectory, sexual abuse has proven to be a quiet, crushing presence throughout our nation.

This week, the indictment of President Donald Trump’s ex-campaign chair Paul Manafort and guilty plea of former personal attorney Michael Cohen revealed a disregard for U.S. law within the president’s rank and file. It comes the same month that California Congressman Duncan Hunter was indicted for the misuse of campaign funds, and the same year that Texas Congressman Steve Stockman was convicted of 23 felonies. Last year, four congressmen were convicted of fraud, conspiracy, and assault, among other crimes.

In recent years, we’ve been confronted by systemic police brutality throughout the United States, which has resulted in all too many deaths, broken neighborhoods, and weakened social bonds. The angry protests that followed showed just how disillusioned our communities have become.

Americans are angry. They feel disappointed, disenchanted, and abandoned. This is part of the reason so many flocked to Donald Trump when he ran for president in 2016: he promised to “drain the swamp” and bring hope to those whose institutions had largely failed them.

It’s also why Democrats are increasingly abandoning establishment politicians such as House Speaker Nancy Pelosi. They’re turning instead to candidates like Alexandria Ocasio-Cortez, who they feel is “one of them” and not some distant elite who will perpetuate a damaging and corrupt status quo.

Growing populism on Left and Right reveals just how many Americans have lost faith in their civic and social institutions. And considering the examples above, who can blame them? Over the past year or two, it has increasingly felt like much of our cultural and political leadership is self-destructing.

According to The Washington Post, the Catholic church has lost more of its members over the past few decades than any other major faith: “About 27 percent of former Catholics who no longer identify with a religion cited clergy sexual abuse scandals as a reason for leaving the church, according to Pew research in 2015.”

It’s easy to imagine America emerging from this moment even more fractured, solipsistic, and angry, one in which church attendance and voter turnout decline even further, in which hostility towards police and political leaders proliferates, one where we splinter into ideological tribes without care or kindness towards our political “others.” Citizens could increasingly live “alone together,” as Sherry Turkle puts it, distrusting their neighbors and spending more time in isolation, seeking fellowship via iPhone instead of from real people.

But if past scholars are to be believed, American institutions are integral to our freedom, safety, and flourishing. Our civic and cultural associations may be broken—but that just means they need us now more than ever.

In the 1950s, Robert Nisbet predicted our current fracturing in his book The Quest for Community. “[I]t has become increasingly clear to me that alienation is one of the determining realities of the contemporary age: not merely a key concept in philosophy, literature, and the social sciences…but a cultural and psychological condition implicating ever larger sections of the population,” he wrote, adding, “for millions of persons such institutions as state, political party, business, church, labor union, and even family have become remote and increasingly difficult to give any part of one’s self to.”

This alienation, Nisbet argued, stemmed largely from the secularism and individualism of our age. “The modern release of the individual from traditional ties of class, religion, and kinship has made him free,” Nisbet wrote, “but, on the testimony of innumerable works in our age, this freedom is accompanied not by the sense of creative release but by the sense of disenchantment and alienation. The alienation of man from historic moral certitudes has been followed by the sense of man’s alienation from fellow man.”

In this new world, associations would not disappear—but they would be a “shell of the old,” Nisbet suggested.

That is largely what we seem to have today: associations stripped of their local vibrancy, characterized by state power rather than local energy. As Rachel Lu noted for The Week a few days ago, Catholic dioceses are too big: “In some, the bishop is officially responsible for the spiritual guidance of literally millions of souls. How much oversight can we really expect under those circumstances?” Community and accountability suffer in the mega-diocese, just as they suffer when mega-churches replace small congregations, mega-newspapers replace the local press, and local communities have no relationship with their police officers.

We cannot fix all these things by merely changing their geography. As Nisbet pointed out, tyrannical power is a symptom and not a cause of our condition. Rather, our release from traditional commitments and alienation from “historic moral certitudes” caused things to slowly fracture and dissolve along the chain of association, throwing the individual back onto the state instead of onto his or her community. As one friend suggested, existentialism made institutions into an “accessory” that can be accepted or discarded, rather than an intrinsic good necessary for human flourishing. This freedom from limits has made our leaders freer and more vicious, and it has made us more individualistic and egotistical in our societal dealings.

Today’s associations are broken for many reasons, and perhaps one is because they have ceased, in many ways, to be real associations at all. They offer the trappings of togetherness, but fail to offer the deeper constancy, accountability, and empowerment that should arise from the real commitment of a community. We may go to church every Sunday morning, but are we “living together” in a deeper and more meaningful sense? As Rod Dreher and Leah Libresco have both noted in their writings about the Benedict Option, the American church has often indulged in an individualistic and consumptive attitude toward religious life. In this environment, our social bonds are weak, our communities thin—and abuses of power can happen all too often.

Alexis de Tocqueville, in his classic work Democracy in America, wrote, “It is clear that if each citizen, as he becomes individually weaker and consequently more incapable in isolation of preserving his freedom, does not learn the art of uniting with those like him to defend it, tyranny will necessarily grow with equality.”

Thus, the desolate and depressing state of our associations requires us to—you guessed it—associate.

This is a difficult suggestion to make at such a time. Many have been subjected to unfair, hostile, or abusive treatment. Many have been hurt, have experienced injustice, have been fooled one too many times. Corruption and injustice plague the upper strata of our associations—so how can one suggest that it’s our responsibility to stick with them and hope things are reformed down the road?

Most will want to disassociate and pull away—to abandon what’s broken. And I honestly don’t blame them. But as one friend recently told me, “I suspect most (though not all, tragically) of us have some experience of formalized communal life that is rich and a blessing.”

Hopefully we can use this moment to tap into moments of associative life that are true, good, and beautiful. We need to seize them, press into them, and duplicate them throughout the culture if we can.

We must commit to becoming even more committed members of our associations and institutions, members who are willing hold their leaders accountable no matter what it takes. When those leaders are not worth following and all we see is corruption and brokenness, an argument for membership is not very appealing. But the alternative is widespread tribalism and solipsistic nihilism, a burgeoning “tyranny” that leads to more abuse and not less.

“Sentiments and ideas renew themselves, the heart is enlarged, and the human mind is developed only by the reciprocal action of men upon one another,” Tocqueville wrote.

Institutional disillusionment could result in deeper cultural and political fragmentation going forward. But hopefully it will instead force us to press into the good—our trusted leaders and neighbors, as well as online and offline communities that nourish our souls. It is right for Americans to be angry and frustrated right now. But we cannot let those reactions further poison our civic and cultural life. We need instead to foster circles of trust—circles that can slowly nourish and heal what’s broken.