The Crisis in the Catholic Church 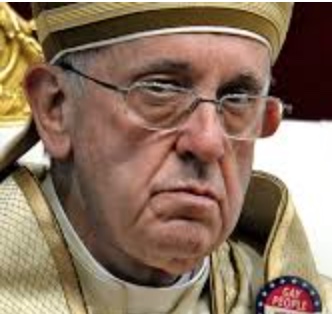 The news for the Roman Catholic Church keeps getting worse and worse. But let’s stop right there for just a moment. “News” is exactly that—it is what we know from the news media, whose accuracy and depth Power Line readers, among others, know to distrust. There are some first-hand documents (more on this in a moment) to go on, but do we really want to place complete credulity in the report of a Pennsylvania grand jury led by the hand by an ambitious prosecutor? Mike Nifong anybody? The McMartin pre-school witch hunt anybody?

I emphatically do not think the news of massive sexual abuse is fake news. (Just wait till you see where I end up with this.) If only half of the Pennsylvania grand jury report is true, it would represent the most massive moral failure of the Church since the pre-Reformation era, and might yet result in a convulsion in the Church just as earth-shaking, with consequences impossible to foresee, but likely not good. Does anyone think this kind of moral ugliness is limited just to Pennsylvania? It could be the tip of the iceberg. We know from many previous proven cases that pedophilia among Catholic clerics took place, and that the Church hierarchy covered it up, stonewalled, and in some cases attempted to declare bankruptcy to avoid civil damage judgments (unsuccessfully in most cases). It should also be noted that sex abuse cases have occurred in Protestant denominations. I know that the Mormon Church has quietly settled a number of sex abuse cases, and cases involving the Boy Scouts continue through the courts, but these cases haven’t received any commensurate media coverage because the media hates the Catholic Church (also the Boy Scouts), which makes their troubles a big story. The media don’t much care about Lutherans or Presbyterians.

I want to unroll this post patiently. I am not a Roman Catholic, though I have large Catholic sympathies both on philosophical and theological grounds. The Catholic Church is the most important conservative institution in the world, which makes its current scandal all the more significant. Whittaker Chambers once wrote to William F. Buckley that he thought the Catholic Church was the only coherent conservative institution in the modern world. (Chambers remained a Quaker, however, in part because he didn’t think of himself as a “conservative”—a topic for another day.) My favorite modern novelist, Walker Percy, converted to Catholicism, though always saying, directly for himself and through his main characters in his novels, that he was a “bad Catholic,” which is the right kind, if you know what I mean. “The reason I am a Catholic,” he said, “is that I believe that what the Catholic Church proposes is true.” We might also invoke Evelyn Waugh, author of the very Catholic Brideshead Revisited, who by all accounts was a nasty piece of work personally. He received a letter once from a lady complaining about his unpleasantness, demanding to know how he could possibly profess to being a devout Catholic and be such an awful human being, to which he gave the best answer (going from memory here): “Madam—can you imagine how much more awful I would be if I was not a Catholic?”

Among the reasons I decided against becoming a Catholic is that I worried that someday we might get a Pope like . . . Pope Francis. I loved John Paul II and Benedict XVI, but feared that what has come to pass would come to pass. It is bad enough that Francis is a left-wing liberation theologue (liberation theology being merely Marxism with salsa), but there is credible testimony that he has covered up for pedophile priests, bishops, and cardinals.

Archbishop Carlo Maria Viganò of Ulpiana (a diocese in the Balkans) has released his full testimony about the matter here, in which he declares that “the [sex abuse cover up] corruption has reached the very top of the Church’s hierarchy”—meaning Pope Francis himself. In 2006 Bishop Vigano and several other senior clerics warned Pope Benedict about Cardinal McCarrick (who ought to rot in a cell somewhere for the rest of his life if even a quarter of the stories about him are true):

I ended my memo by repeating to my superiors that I thought it was necessary to intervene as soon as possible by removing the cardinal’s hat from Cardinal McCarrick and that he should be subjected to the sanctions established by the Code of Canon Law, which also provide for reduction to the lay state. . .

Pope Benedict had imposed on Cardinal McCarrick sanctions similar to those now imposed on him by Pope Francis: the Cardinal was to leave the seminary where he was living, he was forbidden to celebrate [Mass] in public, to participate in public meetings, to give lectures, to travel, with the obligation of dedicating himself to a life of prayer and penance.

But none of this happened. Instead, McCarrick was transferred to Washington DC and kept his Cardinal’s mitre. Bishop Vigano believes Pope Francis was directly involved in this transfer.

This paragraph of Vigano’s testimony is especially interesting:

Immediately after, the Pope [Francis] asked me in a deceitful way: “What is Cardinal McCarrick like?” I answered him with complete frankness and, if you want, with great naiveté: “Holy Father, I don’t know if you know Cardinal McCarrick, but if you ask the Congregation for Bishops there is a dossier this thick about him. He corrupted generations of seminarians and priests and Pope Benedict ordered him to withdraw to a life of prayer and penance.” The Pope did not make the slightest comment about those very grave words of mine and did not show any expression of surprise on his face, as if he had already known the matter for some time, and he immediately changed the subject. But then, what was the Pope’s purpose in asking me that question: “What is Cardinal McCarrick like?” He clearly wanted to find out if I was an ally of McCarrick or not.

This is where things get interesting and speculative. Why did Pope Benedict resign the papacy? There have been rumors circulating for years that some kind of scandal was used to force him out. Bishop Vigano doesn’t talk about this, but mentions the curious detail that Cardinal McCarrick was prominent among the boosters of Cardinal Bergoglio (Pope Francis’s name before becoming Pope) for the papacy. The clear subtext of Bishop Vigano’s missive is that what drives Pope Francis in these matters is wanting to make the American Catholic hierarchy more liberal. He reports that Pope Francis said to him: “Yes, the Bishops in the United States must not be ideologized, they must not be right-wing like the Archbishop of Philadelphia.” He means here Archbishop Charles Chaput, one of the most notable conservative bishops today. Cardinal McCarrick said the exact same thing to Bishop Vigano, as though McCarrick and Pope Francis share talking points with one another.

There’s a lot more in Bishop Vigano’s explosive testimony, which is very detailed and specific. And it seems very credible to me. Worth reading the whole thing if you have time. Rod Dreher reports today:

Veteran Vatican journalist Marco Tosatti, writing in the Italian newspaper La Verità today, called the Vigano declaration “one of the most dramatic and important documents which I have ever read in 40 years of covering religious news (and in a half century of journalism).”

Here’s where I want to try to extend the story. If the Pennsylvania grand jury report is to be believed, what took place there was not just a handful of isolated, troubled priests with a pedophilia problem. The grand jury report details organized pedophilia, with active cooperation among clergy who—if the allegations are true—deserve the kind of punishment the Spanish Inquisition is supposed to have applied to heretics. Others have rightly called this episode the American equivalent of the Muslim “grooming gangs” of Rotherham in England, which also drew a blind eye from the authorities.

The Rotherham grooming gangs got away with it for so long in England because of political correctness. The same problem is at work here in this matter. I have heard rumors for years that there are active, organized homosexual cells in Catholic seminaries that have attracted people with an inclination to pedophilia. (Rumors about Cardinal McCarrick have been circulating for years apparently.) If true, it would help explain what took place in Pennsylvania. Between the shortage of priests for Catholic churches in America, combined with the drift toward liberal theology that no longer believes in traditional sexual morality, no one has thought to look too closely at this.

I have no idea whether these persistent rumors are true. But isn’t this something the media should look into, if only to debunk it if it isn’t true? The Boston Globe rightly won a Pulitzer Prize (dramatized in Spotlight) about how the Catholic hierarchy covered up clergy sexual abuse in Boston, behaving exactly like any bureaucracy would according to what public choice theory would predict. How about looking into seminary culture to see whether some of them are housing incubators for predatory behavior.

Don’t hold your breath. Such an inquiry would require journalists to probe into matters that run afoul of liberal orthodoxy today. It is one thing to probe into bad behavior from unpopular and easily demonized cardinals. Blowing open a cover-up is standard Watergate Journalism 101. It’s another thing to open the door to uncomfortable questions about sexual morality in our anything-goes times. And that’s almost as great a moral failing as the bishops and cardinals who cover up the evil in the first place. The point is, while the media will gladly blast the most lurid and awful (but unproven) details of a grand jury report about what took place in Pennsylvania without question, they are unwilling to look deeper into the potential causes and enablers of this evil. That is nearly as contemptible as the cowardly behavior of the Church hierarchy.

P.S. Pope Francis said today that he “will not comment” on Vigano’s testimony. Cue whoever is the Martin Luther of our time.