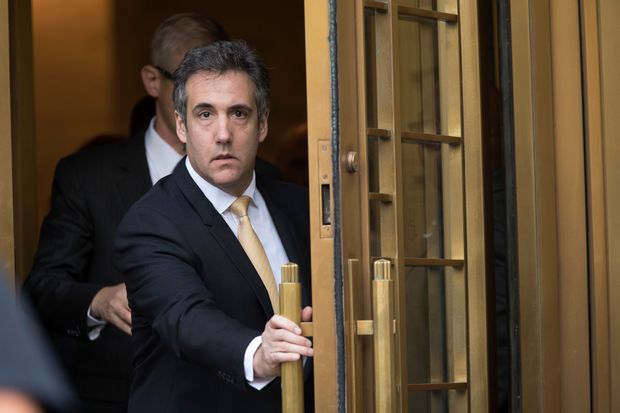 which may explain why few are reporting that Mr. Cohen has cast further doubt on what was supposedly a key piece of collusion evidence.

confirmed last week that Cohen has never been to Prague in the Czech Republic. This is one of the main claims in the Steele dossier that was commissioned by oppo-research firm Fusion GPS, paid for by the Clinton campaign and used by the FBI in its Trump investigation.

The dossier claims Mr. Cohen traveled to Prague in August or September of 2016 to discuss with Kremlin officials how to make “cash payments” to hackers of the Clinton campaign. Mr. Davis now says that the Prague trip and all other allegations about Mr. Cohen in the dossier are “false.”

Mr. Cohen has long denied the Prague accusation and offered his passport as proof. He certainly has no reason to lie now in light of his plea deal, and Mr. Davis would not make such a definitive statement if special counsel

had evidence to the contrary.

Yet as recently as April the McClatchy news service reported that “two sources” said Mr. Mueller had evidence that Mr. Cohen had gone to Prague by traveling “through Germany.” That story was widely echoed in the media, yet few have reported Mr. Davis’s denials of last week.

The FBI has tried to diminish the dossier’s importance to its investigation, though documents show it relied on the dossier in significant part to obtain a surveillance warrant against former Trump aide

Perhaps the question to ask is whether the FBI bothered to corroborate anything in the dossier that started the entire Russia-collusion media frenzy.

President Trump could help to answer this and other questions by declassifying and ordering the public release of the relevant classified documents. That would include those that detail the FBI’s work to verify the dossier’s provenance and accusations. If Mr. Trump won’t declassify those documents, he should stop griping about his Justice Department.