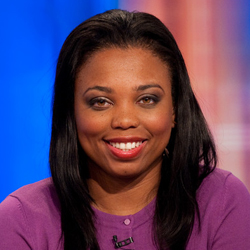 Jemele Hill, the sports highlights presenter who fancies herself a political pundit, is finally out at ESPN. The network will buy out her contract, reportedly worth $2.5 million.

ESPN’s new president, Jimmy Pitaro, reportedly wants to get the network out of political commentary business, into which it lurched under his pretentious predecessor, lefty John Skipper. Ridding ESPN of Jemele Hill is an important step in that direction. It constitutes addition by subtraction and, at the same time, sends a strong message to ESPN employees and customers.

Hill, I assume, will land on her feet. There’s market for her type. John Sexton isn’t wrong to be surprised that MSNBC or CNN hasn’t offered her a gig already. In any case, she has a nice check from ESPN to fall back on.

That’s fine. There’s nothing with leveraging one’s leftism and notoriety into a buck. It just shouldn’t have happened on a sports network.

The important thing is that ESPN has responded, albeit belatedly, to the public’s desire to watch sports coverage without being subjected to politics. It did so, though, only under financial duress. Conservatives must be prepared to inflict such duress on other firms in traditionally apolitical industries when they forget that, as Michael Jordan famously said, Republican buy sneakers too.