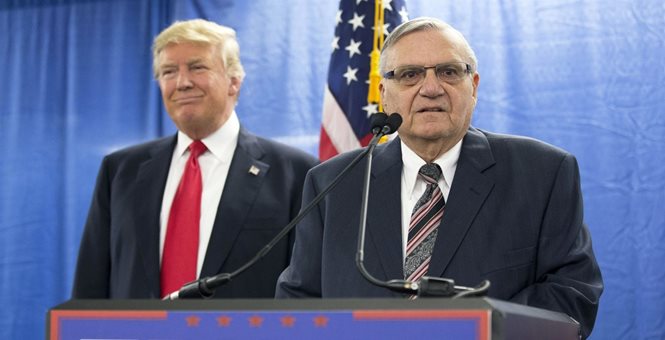 We’re 24 hours away from results in the interminable Arizona Senate GOP primary, a race that once looked like fertile ground for a populist uprising and now looks like an establishment* blowout in the making. (There’s a reason for the asterisk.) Late last year, when the primary was shaping up to be a one-on-one between establishment favorite Martha McSally and insurgent Kelli Ward, the momentum was entirely in Ward’s favor. She led in early polls and landed Steve Bannon’s endorsement at a rally in October, part of his national strategy to re-create the Trump revolution in Congress. He was going to get Trumpy populists nominated in Senate primaries and then count on Republican voters to duplicate the 2016 winning formula in the general election: “Whatever your misgivings about our nominee, anyone’s better than the Democrat.” Ward was all set to upend McSally and test that formula in November.

But then the wheels came off:

2. A few weeks later, Bannon’s role as a key source in Michael Wolff’s “Fire and Fury” was revealed, (momentarily) wrecking his relationship with Trump and exiling him from right-wing politics. His national strategy to elect populists derailed overnight, with Ward so fearful of being tainted by her association with him that she denied ever receiving his endorsement.

3. Joe Arpaio suddenly decided in January that what he really wanted to do with his 85-year-old self, fresh off a pardon from his friend Donald Trump, was … to run for U.S. Senate in Arizona. Instantly the populist energy that had carried Ward to an early lead over McSally was diverted, splitting between Ward and old-school reactionary Sheriff Joe. Ward hung in there in polling, with McSally struggling for months to gain a decisive advantage, but feast your eyes on the latest RCP numbers. Thanks to Arpaio, who’s been in double digits since entering the race and was pulling a quarter of the vote as recently as early July, Ward simply couldn’t consolidate the right-wing vote. Until recently McSally hadn’t managed to exceed 36 percent in any poll since mid-June — but with Arpaio holding down her own vote share, Ward was stuck in the high 20s. Ward was so desperate in the final weeks of the campaign to win over Arpaio’s voters that she loaded up her campaign bus with reactionary heroes like Steve King and Mike Cernovich to impress them. But it’s probably too late. The last polls of the state had McSally at 47-48 percent, more than 20 points ahead. It looks like, with the two populists canceling out each other’s chances of victory, late deciders are going for the establishment choice.

And so a question that I’ve asked before arises again: Did Sheriff Joe do Trump a favor by running for Senate? To his credit, POTUS has refused to endorse Ward or his pal Arpaio, no doubt fearing an Alabama replay in Arizona if the Bannon strategy prevailed. McConnell and other establishmentarians leaned on him behind the scene not to endorse either populist as well, knowing how that might kill McSally’s chances. So Trump stayed out of it. But I wonder, did he actually intervene on McSally’s behalf by nudging Arpaio to run in the first place, knowing that Arpaio would pull votes from Ward? If you think that strategy is too sophisticated for Trump, rest assured that it’s not too sophisticated for Cocaine Mitch. Nor does it mean that Arpaio ran as a knowing stalking horse for the establishment; it could be that he was quietly encouraged by friends of the White House to run and he did so earnestly, not realizing that Team Trump wanted him in the race only to torpedo Ward’s chances, not to actually win. If that’s what happened, all signs point to it working like a charm.

McSally chose to reinvent herself as a Trump acolyte. She withdrew her sponsorship of legislation to protect children brought to the U.S. illegally from deportation and removed video clips from her YouTube account defending these so-called Dreamers. Her announcement video included an edited clip of Trump praising her from the Rose Garden. She hit the trail with former governor Jan Brewer, a prominent Trump backer. McSally’s supporters flooded social media with photographs of her in the Cabinet Room, two seats away from Trump as he talked about immigration. Her surrogates bragged about McSally’s invitations to movie nights at 1600 Pennsylvania Ave.

In some ways, the makeover is working. At least seven times, Trump has name-checked McSally at official events. The latest came on Aug. 13, when Trump saluted her as he signed a military spending bill at Fort Drum in upstate New York. “I’ve gotten to know her very well, and she is terrific,” the President said, noting her combat flight experience.

We’re all populists now. Even the fake populists who are jussssst populist enough to get elected.

And of course there are some genuine populists who are fake establishmentarians when need be. Exit question: Who said this? “The hard thing we have to do is convince the Trump voters that: ‘Hey, there may be a RINO in your congressional district, you may not like the guy, he may not like Trump. It doesn’t matter. That fight is past us.’” Yep, you guessed it.