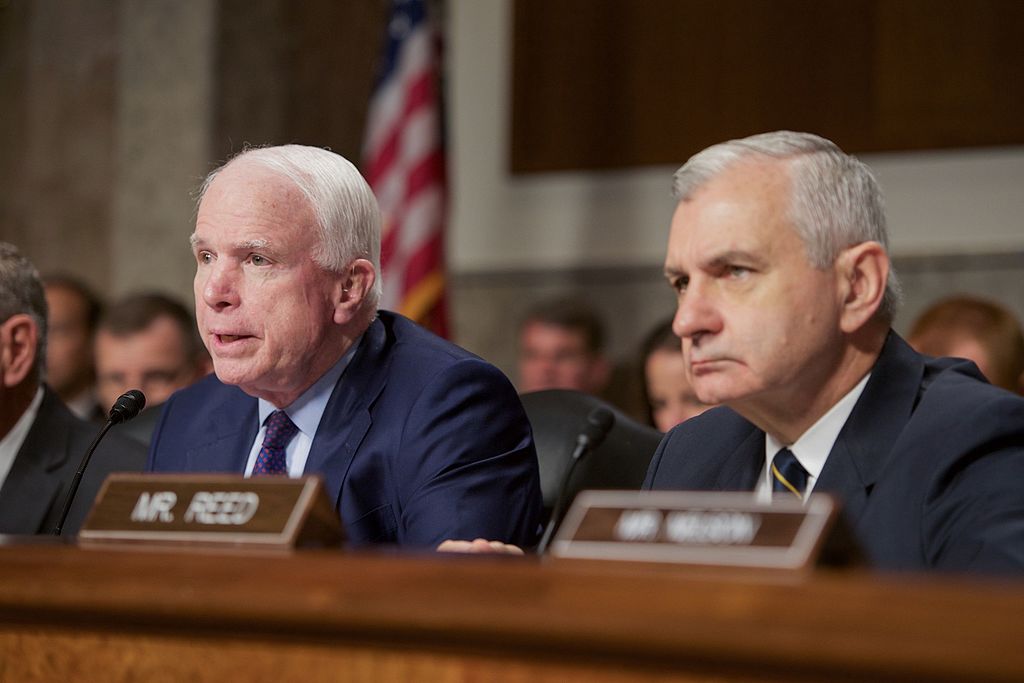 With Aretha and now with John McCain we’re reminded that in the leftstream media, and all across the establishment echo chamber, nothing succeeds like excess. No way we could just say Aretha was probably the best of the women R&B singers for the last half century and let it go at that. No, we had to have gushing and a beatification. The same is occurring with McCain now.

No one can question McCain’s patriotism after his POW years. (And Trump’s “I prefer guys who weren’t shot down” comments are to be condemned.) But as our Jed Babbin catalogues in his fine column Monday, Honest John was also a flawed human being, less than a 4.0 officer and aviator, and certainly a quirky politician. The Keating experience, when McCain was in his fifties and years after his Hanoi Hilton days, shows he was susceptible to the same temptations as others in his vocation. And as much as he went into the “aw shucks” routine when the “maverick” label came up, he clearly enjoyed being the contrarian. Enjoyed being thought the brave White Knight whose heart was pure. While doubtless some of his against-the-grain actions were sincere, others simply fed the picture of him as a righteous man, fighting for truth, justice, and the American way. Saint John.

Most of the MSM and many politicians rose to the bait and, as we’ve seen over the weekend and since, are still enchanted. No surprise. If this crowd bought into Camelot, then they shouldn’t be expected to resist Saint John. They lack the insight, integrity, and/or the BS immune system to reject it. The enchantment is made the easier because McCain was prone to say vile things about conservatives and often voted against conservative policies.

McCain’s scratchy personality and volatile temper were touched on in the recent hagiography, but much too lightly. Mostly passed off as McCain’s frustration with the imperfections of other politicians and of the much despised “system.” In fact, the man could be downright uncharitable. Not to put too fine a point on it — nasty. I’ll always remember the unkind things he had to say about those who opposed the “We Don’t Need No Stinking Borders Act of 2008,” which he, Jeff, and six other flakes tried to foist on the nation. Resistance was widespread, fierce, on point, and the measure failed. As it should have. McCain ranted about those who opposed it.

No John, those who resisted erasing America’s southern border, which would have been the effect of the very bad legislation McCain was whooping up, are not xenophobes and bigots. Enforceable borders and sensible rules on who can be in country under what circumstances and for how long are absolute requirements of sovereignty. They’re not hate crimes. I can recall speeches where McCain practically wrote out of humanity those who recognized this and spoke up.

John McCain was a combat pilot who faced the fire, hatred, and cruel mistreatment of an implacable enemy up close and personal in a way none can question and few can understand. There is not enough thanks in the world to cover this incredible service to country. His long political career that followed naval service was a mixed bag. He got a lot of things right and some things spectacularly wrong. He could, by turns, be gracious and churlish. He was a strong personality, though sometimes willfulness is confused with strength. He was also weak human timber and a sinner like the rest of us. So let’s salute a patriot gone to rest. And turn the hagiography machine off. RIP.