NYT wonders: Why has GOP messaging gotten so grim? 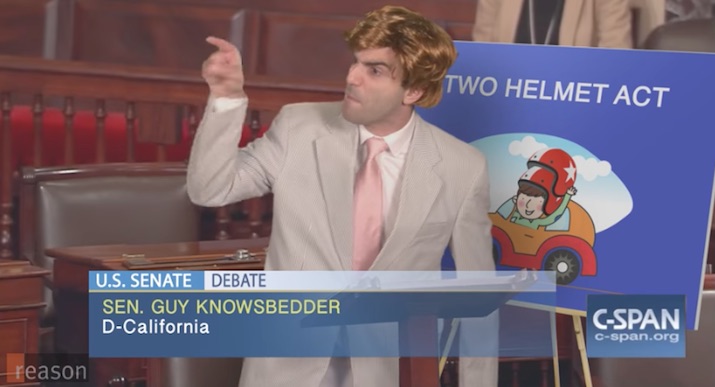 “To watch some Republican ads today,” Jeremy Peters writes in the New York Times, “it seems like 1968 all over again.” Or maybe just December of last year. Peters wonders why Republicans are demagoguing on death and destruction as the midterms approach, without a hint of irony or awareness of the political dialogue from their opponents in the Donald Trump era:

The way Republicans often tell the story, America is on a roll. Unemployment is down. Economic growth is strong. Tax cuts are putting more money in people’s pockets. “Best financial numbers on the Planet,” President Trump declared on Twitter recently.

But sometimes a good story just isn’t enough — especially when the political and legal threats to Mr. Trump are posing a graver threat than ever to Republicans’ majorities in Congress.

As voters consider whether to put Democrats back into power on Capitol Hill after the midterm elections, Republicans are painting a grim picture of what that might look like.

Republicans might be painting a grim picture at points, and Trump more than most, but this effort by the NYT isn’t very convincing. Their first example of the story is an upcoming film from Steve Bannon, Trump @ War, which isn’t a product of the party or any campaign. Bannon’s been mainly persona non grata in GOP circles after the debacle in Alabama, where he engineered Roy Moore’s primary victory over Luther Strange, setting up the loss of a Senate seat in the reddest state in the nation. Bannon’s movie might make for interesting commentary on its own, but Bannon’s doing his own thing with it.

The other three examples are a little more relevant (if ridiculously limited to two House races and the Nevada gubernatorial campaign), but Peters seems to miss the obvious point when he criticizes their attacks on the Trump “resistance.” It’s the equivalent of a child complaining to his mother that his sibling hit him back. It gets to the very heart of what’s wrong with Peters’ analysis — the fact that Democrats and the Left have embraced the “Resistance” rhetoric ever since the election two years ago. The “Resistance” erupted into violence literally on Donald Trump’s first day in office, and even after that, his opponents have continued to embrace that revolutionary rhetoric. How is it unfair or unnecessarily grim to hold Democrats accountable for their own rhetorical choices?

Even apart from that, though, this claim of grimness from the GOP ignores similar rhetoric from Democrats. Just last December, rallies against the tax-reform bill claimed that it would literally kill people, with organized protesters chanting “Kill the bill, don’t kill us!” Elizabeth Warren made that explicit argument on the Senate floor in June of last year, saying that “these cuts are blood money. People will die!” Ditto for ending net neutrality regulation, pulling out of the Paris Accord, and confirming Brett Kavanaugh. We’ve been told that people will die so often by Democrats over Republican policies that we should be amazed anyone’s left to criticize them. Peters’ argument seems like a more subtle variant of the “Republicans pounce!” genre of political analysis.

That doesn’t justify reflexive demagoguery, of course, but Peters doesn’t make much of a case that the GOP is doing that on any sort of national scale, at least not yet. This looks at best a lot like a premise in desperate search of anecdotal support, and at worst a case of projection. Readers who happened to be in a coma for most of the last two years might actually buy it. The rest of us, however, remember that it’s gotten so bad that it prompted this classic Remy response from Reason TV fourteen months ago. Where was the NYT then?