Taxpayers Strike Out When Forced to Pay for Billionaires’ New Stadiums 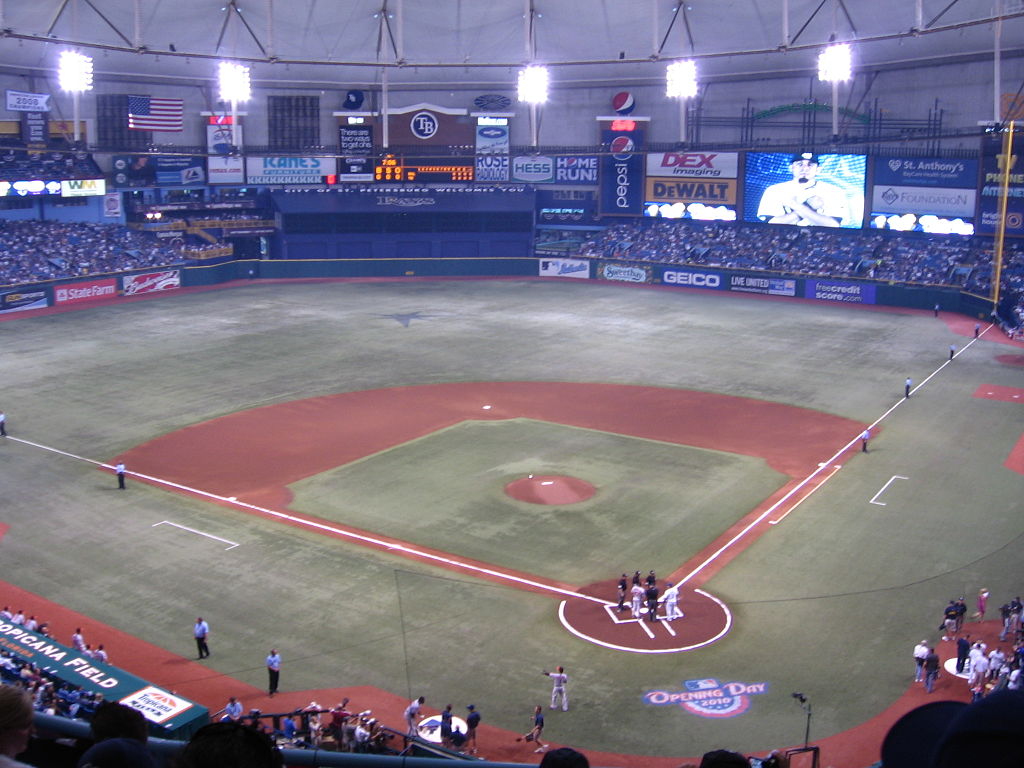 Billionaire sports team owners are increasingly strong-arming local, city, and state governments into financing extravagant (and exorbitant) new stadiums. For example, in St. Petersburg, Florida, the Tampa Bay Rays, a Major League Baseball franchise, plans to build a pricey new stadium — one that many experts now think will only be built if taxpayers provide a large chuck of cash to help cover some of the costs.

Advocates of taxpayer-funded stadiums typically argue that a lavish sports venue will boost the local economy, revamp the stadium’s neighborhood, and eventually pay for itself. However, these claims have been proven false over and over again.

One of the most frequently used arguments owners cite for a new stadium is that it will generate additional economic growth and support neighborhood businesses. On its face, this may seem like a good reason to invest public funds in building stadiums, but history has shown new sports stadiums do not deliver the economic gains sports team owners claim they will.

For instance, after New York taxpayers doled out more than $200 million on the new Yankee Stadium, “merchants nearby said they had not benefited from the new stadium. In fact, many said that business was down significantly from previous years — running counter to predictions that the stadium would be an economic generator in the Bronx neighborhood,” according to an article published in theNew York Times.

Despite the fact that owners continually espouse the economic benefits for bars, shops, and restaurants located near stadiums, it is the owners who benefit most. “The owners and architects of new stadiums have gotten much more clever about creating structures that try to channel all spending within the confines of the stadiums themselves. This reduced the economic benefit available to businesses not connected with the team and its owners,” Kevin J. Delaney and Rick Eckstein wrote in their book Public Dollars, Private Stadiums: The Battle Over Building Sports Stadiums. “In fact, expanded concessions within the new stadium provide a huge financial windfall for the team owners at the expense of independently owned local businesses or franchises.”

Another popular myth used to justify palatial stadiums is that they will produce a litany of community benefits. “It’s not just a ballpark, it’s a community asset,” said Tampa Bay Rays Senior Vice President Melanie Lenz.

To persuade taxpayers that their investment in the proposed stadium is worthwhile, Rays executives like Lenz are trying to convince residents that the stadium would be a year-round community center. However, the actual benefits for local residents are typically far less than what the Rays are claiming they will be.

Residents in cities that have built new stadiums have witnessed the fallacy of community enhancement. According to Delaney and Eckstein,

There has been a dramatic increase in the public skepticism concerning the sometimes spectacular claims made about the economic windfalls associated with new stadiums. This skepticism has been fueled, on the one hand, by local residents, who can see for themselves that recently built stadiums in their cities have not improved neighborhoods or public schools or ended poverty. It has also been fueled by a growing body of systematic academic research by sports economists and sociologists, that almost universally challenges the argument that new stadiums are an economic godsend.

After conducting a comprehensive study on the economic impact of publicly funded baseball stadiums, Syracuse University’s Adam Davidson concluded, “Based on the information that I have found, and lack of information in many cases, I believe that no city should mortgage its future to keep a professional sports team in town.”

Many sports owners make millions on their teams each year, and their franchises have skyrocketed in value over the past few decades. But while owners have lined their pockets, often using taxpayer funds, the cost of attending a game has become astronomical, much too expensive for the average family to afford — even though these same families are asked to pay their hard-earned money to team owners to keep a team from leaving town.