‘Far From the Endgame’ on Donald Trump’s NAFTA Overhaul 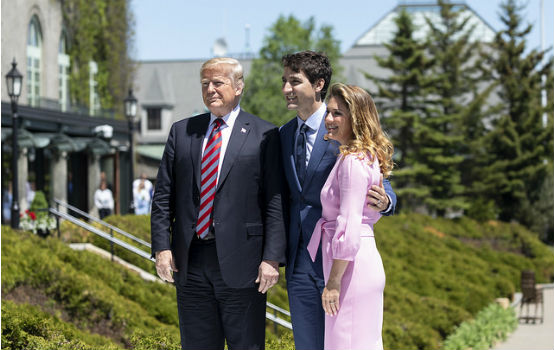 Personnel continues to be the story of Donald Trump’s presidency. On trade, the Trump administration’s point men are charged with carrying out a populist mandate while keeping careful not to spoil a superb economy. The reformers must also placate free-trade evangelists, such as economic advisor Lawrence Kudlow, in their own ranks. Firmly in the barrel is Robert Lighthizer, the U.S. trade representative and shepherd of the NAFTA renegotiation.

On Monday morning, the White House gathered reporters for a call to hail the merits of an apparently new, unilateral trade deal with Mexico. “With respect to the United States and Mexico, we have an agreement that is absolutely terrific,” a senior administration official told reporters. “I think it’s going to modernize the way we do automobile trade, and I think it’s going to set the rules for the future at the highest standards in any agreement yet negotiated by any two nations for things like intellectual property, and digital trade, and financial services.”

Behind the scenes, the administration is getting considerable pressure to modernize the American arrangement with Canada and Mexico over intellectual property.

On the Hill, Republican Senator Orrin Hatch and Democratic Senator Bill Nelson have pressed the case for copyright revamps to a deal inked in the 1990s. And online enforcement has become whatever the opposite of a cause célèbre is for Congressman Doug Collins and Congresswoman Judy Chu.

“The markets are liking it,” though otherwise no one fully knows what’s in it, a senior financial analyst told TAC.

But we know a little about the proposed deal, at least when it comes to cars. In an effort to bring more auto production back to the U.S. and Canada from Mexico, car companies would have to manufacture at least 75 percent of a vehicle’s value in North America to qualify for zero-tariffs. That includes using more local steel, aluminum and auto parts. The companies would also have to ensure that 40 to 45 percent of each car is made by workers earning at least $16 an hour—a nod to the labor unions that have opposed NAFTA from the start.

Critics say this could negatively affect U.S. consumers who would have to pay higher prices for new vehicles as a result. This is doubly concerning, as auto demand is cooling in many major markets for the first time since the Great Recession.

But veteran political observers noted that the Mexican peso surged in trading on announcement of the agreement, as investors saw a country newly ripe for investment.

TAC emailed Eric Farnsworth, vice president at the Americas Society and Council of the Americas and a former trade representative official, for a more thorough read. While Pomper has said we are in the “final stretch” of negotiation, Farnsworth had a differing read.

“We’re in the fourth inning of a nine inning game that might go to extra innings. The current deal does not include Canada nor does it have congressional backing. So today’s announcement shows the parties are still talking but was are far from the endgame,” Farnsworth told me.

On at least one score, his forecast proved prescient.

On Tuesday, Canada returned to the table after business-friendly Republicans indicated agnosticism over the White House’s approach. Senator Pat Toomey of Pennsylvania vowed no “fast track” authority on a new deal if Canada isn’t a part of it.

Chrystia Freeland, Canada’s rising-star foreign minister, met with Lighthizer in Washington. She saluted Mexico’s “significant concessions” on car manufacturing and labor, saying the changes would buoy Canadian workers. Three-party talks were back on.

Prime Minister Justin Trudeau stated that he was “encouraged by the progress made by our NAFTA partners.” The Canadian media portrayed their leaders as brushing off threats by President Donald Trump. The White House was pressed on Trump’s and Trudeau’s recent rows and their effect on securing a deal. (In June, Trump taunted Trudeau as “meek” before heading to Singapore to cavort with autocrat Kim Jong-un.)

“I don’t know that there is any tension,” a senior administration official told reporters. “The reality is that leaders of nations tend to do what’s in the interest of their nation, and that’s what I expect to happen in most cases, or almost all cases.”

If anything, the NAFTA fight mirrors the other parallel tracks pursued by this administration.

Trump’s political ascension has been a revolution of politics and rhetoric. But policy has lagged. With no Trump think tank and a shallow bench of populist-nationalists to choose from, this administration has governed more or less conventionally: tax cuts, attempted health care overhaul, and the long-held Republican goal of confrontation with Iran. The president and his senior advisors may want to remake the world, but they continue to be short of hands to do it, especially as they enter a new phase of legal crisis. A former senior Department of Defense official considered for top administration positions recalls meeting Jeff Sessions after the election. After hitting it off, the future AG asked the candidate: “Where have you been?”

Partisans have taken to mocking the administration’s phobia of detail. “Question: Did U.S. get more concessions from agreement with Mexico announced today than we would have under the TPP that he scrapped?” tweeted Obama campaign architect David Axelrod. “Not even close. TPP many times more,” replied former budget point man Austan Goolsbee.

The only question is whether this dynamic ever changes. His policy shop might not be totally functional, but Trump has surprised before.

Curt Mills is the foreign affairs reporter at The National Interest, where he covers the State Department, National Security Council, and the Trump presidency.