Police: Body of Boy Found in Shallow Grave Near a Catholic High School in Long Island Was Killed By MS-13

Police: Body of Boy Found in Shallow Grave Near a Catholic High School in Long Island Was Killed By MS-13

The body of a teenage boy found in a shallow grave in Long Island on Wednesday was murdered by MS-13, according to the police department. 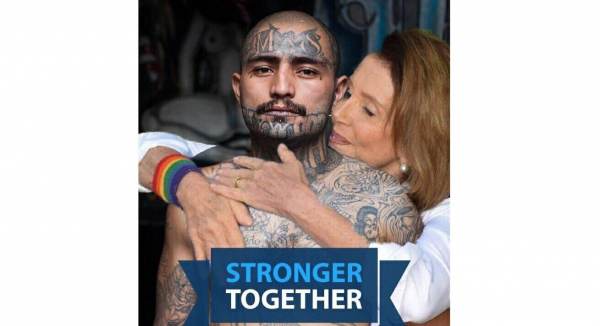 The body of the teenage boy was found near the Kellenberg Memorial High School, a Catholic school in Uniondale. According to police, the boy was killed more than a year ago.

The police haven’t yet identified the victim, at least not publicly, but announced that the death was at the hands of the violent street gang.

“It is MS-13,” Nassau County Police Department Commissioner Patrick Ryder told the Wall Street Journal. “We will be relentless in the pursuit of going after these individuals that have committed crimes in Nassau County.”

The discovery adds to a list of murders on Long Island by these animals.

The extremely brutal transnational gang’s motto is “aata, roba, viola, controla’”(Kill, steal, rape, control), yet Democratic pundits and politicians feigned outrage that Trump would dare to “dehumanize” them by calling them “animals” earlier this year.

In May, the White House released a statement about the gang.

“In January 2017, MS-13 members were charged with killing and hacking up a teenager in Nassau County. MS-13’s animals reportedly saw the murder as a way to boost their standing in the gang. In April 2017, police believe four young men were brutally murdered by MS-13 animals on Long Island. One victim was a young man in town visiting family during an Easter week vacation. Just last month, in April 2018, MS-13 reportedly called for its members on Long Island to kill a cop for the sake of making a statement,” the White House said in the statement.