Robert Reich: If Mueller finds evidence of collusion, Trump not only must impeached — he must be annulled 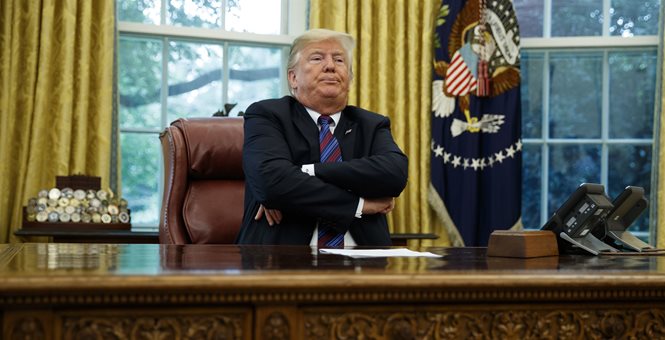 This is the most compelling masturbatory progressive fantasy about Russiagate taking down Trump I’ve read since Lawrence Lessig’s plan for Trump to be removed from office, Mike Pence to resign as president, Paul Ryan to become president and appoint Hillary as his vice president, and then Ryan to resign so that Hillary can assume office and all may at long last be right with the world.

Let me stress to you as you read this insane dreck that Robert Reich isn’t merely a former cabinet secretary, he’s a Rhodes Scholar and Yale Law grad. Lessig is a Yale Law grad and former Scalia clerk who’s taught at Stanford and Harvard. You need some mighty elite education to produce something this embarrassing.

Annulment would recognize that all such appointments, actions and records were made without constitutional authority…

After all, the Supreme Court declares legislation that doesn’t comport with the Constitution null and void, as if it had never been passed.

It would logically follow that the Court could declare all legislation and executive actions of a presidency unauthorized by the Constitution to be null and void, as if Trump had never been elected.

What does “eliminate the official record of the presidency” mean? In the presidential portrait gallery, there’ll just be a big question mark in a frame where number 45 should be?

Thinking about the chaos that would result if the courts suddenly nullified 18 months’ worth of executive branch action across all arms of the government makes me crave sedatives. The immigration tangle alone would be a mess of historic proportions. If only to avoid the bureaucratic red-tape apocalypse, SCOTUS would never go along with Reich’s suggestion. Plus, how could one hope to show that collusion was a but-for cause of Trump’s victory? Absent the Kremlin fiddling with vote totals, which no one has claimed, the counterargument will always be offered that collusion was essentially harmless error — an impeachable offense, sure, but by no means evidence in itself that Trump wouldn’t have won anyway without Putin’s help.

Reich will just have to wait until Russia actually does fiddle with the vote totals in 2020 to get POTUS reelected for America to seriously debate his argument. I kid! I … kid. Yeah.

Here, I’ll throw him a bone by plucking a grain of truth from his annulment fantasy: Although the courts won’t undo presidential actions taken by Trump, it’s quite possible that a Democratic majority in one or both houses of Congress would shut down all cooperation with the White House if Mueller were to find probable cause of a campaign conspiracy with Russia. The argument from the Democratic base would be the same as Reich’s in substance, that Trump had cheated, his presidency was therefore illegitimate, and although they can’t undo what’s already been done they can certainly stop him from doing anything else by refusing to compromise with him on anything through 2020. A Democratic minority might announce its intentions to vote no on everything going forward in protest — legislation, cabinet and judicial nominees, everything — and force the Republican majority to do everything with its own votes, which isn’t all that different from what he have now, frankly. All in all it’d be a total Democratic boycott of government, perhaps to be lifted only if Trump agreed to step down and let Pence replace him. (Whether Schumer could get red-state Dems to go along with that, who knows.) They can’t “annul” the part of his term that’s already happened but they can annul the part to come.

Exit question: What will the next lefty academic impeachment fantasy look like if Reich’s already covered the “annulment” gambit? That Trump must be not merely impeached but an exorcism performed on the Oval Office?