DOJ sides with plaintiff alleging discrimination by Harvard against Asians 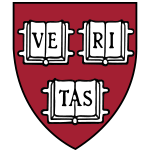 The Justice Department opened a Title VI investigation into Harvard’s admissions process in 2017 based upon a complaint filed by more than 60 Asian-American organizations. The Statement of Interest it filed today is the product of that investigation. The investigation revealed compelling evidence that Harvard’s use of race unlawfully discriminates against Asian Americans.

In its press release, the Justice Department explained:

While Harvard admits to using race in its admissions process, it has failed to provide any meaningful criteria to explain how it weighs race against other factors in a candidate’s application (e.g., test scores and extracurricular activities), and how it limits its use of race to ensure that no illegal discrimination occurs. Supreme Court precedent requires Harvard to provide such an explanation, which it has failed to do in this case.

Further, the evidence shows that Harvard uses a “personal rating” that may be biased against Asian Americans. Based solely on a review of the applicant’s file, Harvard scores its applicants based on “subjective” factors such as “likability” and being a “good person” with “human qualities.” Harvard admits that, on average, it scores Asian-American applicants lower on this “personal rating” than applicants of other races.

Substantial evidence also demonstrates that Harvard admissions officers and committees consistently monitor and manipulate the racial makeup of incoming classes, which has resulted in stable racial demographics in Harvard’s admitted classes from year to year. The Supreme Court has called such attempts to “racially balance” the makeup of a student body “patently unconstitutional.”

Finally, the Justice Department has determined that Harvard—while using race to make admissions decisions for more than 45 years—has never seriously considered alternative, race-neutral ways to compile a diverse student body, which it is required to do under existing law.

We discussed the evidence of Harvard’s discrimination against Asian applicants here and here. Once you pull back the curtain on the admissions process, the discrimination is as blatant as it is disgusting.

Bravo to the Trump-Sessions Justice Department for weighing in on the right side.