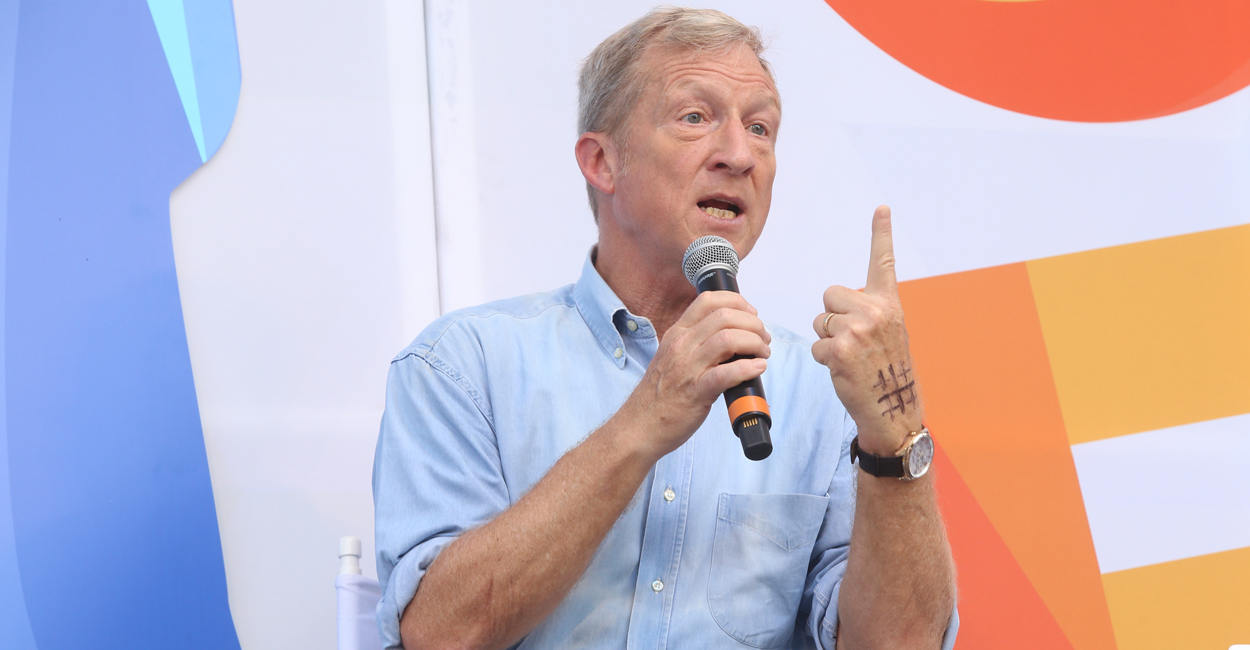 Liberal activists—some of whom have called for President Donald Trump’s impeachment for more than a year— have grown louder after the convictions of two Trump associates last week.

Billionaire Tom Steyer, who already has spent millions on TV ads and runs the Need to Impeach petition campaign that has collected 5.6 million signatures, released a new ad Tuesday.

“How much more does Congress need to see? Donald Trump has now been implicated in two felony crimes,” Steyer says in the new ad, part of a new $1 million campaign.

“No one is above the law,” Steyer says. “So, we have to make sure this president doesn’t use pardons to cover up crimes.”

The walls are closing in on Mr. Trump. His long history of associating with criminals was exposed last week, and he’s now an unindicted co-conspirator in two federal crimes. How much more corruption do we need to see? Join us: https://t.co/sxCRiMhfhc pic.twitter.com/b5gIN2T6Rz

“Impeachment would remedy Trump’s ‘high crimes and misdemeanors,’” Reich wrote. “But impeachment would not remedy Trump’s unconstitutional presidency because it would leave in place his vice president, White House staff and Cabinet, as well as all the executive orders he issued and all the legislation he signed, and the official record of his presidency.”

The only response to an unconstitutional presidency is to annul it. Annulment would repeal all of it—recognizing that such appointments, orders, rules, and records were made without constitutional authority. …

The Constitution also gives Congress and the states the power to amend the Constitution, thereby annulling or altering whatever provisions came before.

Here, too, it would logically follow that Congress and the states could, through amendment, annul a presidency they determine to be unconstitutional.

After the Trump administration was annulled, the speaker of the House (third in the order of presidential succession) would take over the presidency until a special election.

Reich has previously claimed there were as many as five possible articles of impeachment to bring against Trump. He cited treason as a possibility, but claimed the president’s travel ban, bashing the press, accusing the Obama administration of spying on him, and receiving gifts from foreigners (in the form of diplomats staying at his hotels) were the others.

A majority of adults, 64 percent, believe Cohen’s charge that Trump ordered him to make the payment to Daniels, but only 44 percent believe the House should begin an impeachment investigation, according to a new Axios/Survey Monkey poll.

American Media Inc., parent company of the tabloid National Enquirer, paid Playboy model Karen McDougal $150,000 for her story of an alleged affair with Trump, which he has denied. David Pecker, a friend of Trump’s, is chairman and CEO of American Media and publisher of the Enquirer. Pecker has an immunity deal with federal prosecutors in New York.

“Impeachment has to spring from something else,” Pelosi said. “If and when the information emerges about that, we’ll see. It’s not a priority on the agenda going forward unless something else comes forward.”

Caputo said that federal prosecutors in the Southern District of New York investigation pose a bigger potential problem for the president than special counsel Robert Mueller’s probe into Russian meddling in the 2016 elections.

“Mueller moved the Cohen matter to the Southern District of New York because two jurisdictions naming Trump would [be] stronger than just the Mueller report,” Caputo said.

In 2012, prosecutors failed to convict John Edwards, a former North Carolina senator and two-time Democratic presidential candidate, on campaign finance charges stemming from supporters’ paying $1 million to a woman with whom he had an extramarital affair when he ran for president in 2008. Edwards also was the 2004 Democratic vice presidential nominee.