Minnesota state rep candidate: I want to be your, uh … your … hmmm 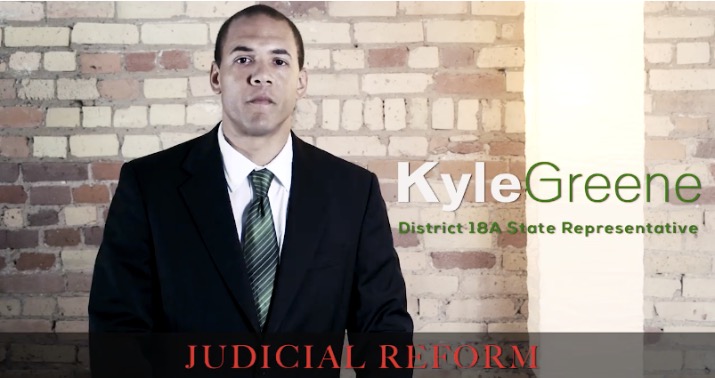 To cleanse the palate, this is … different? “Bold,” let’s call it.

“Not politics as usual.”

It reeks of a shock-humor goof on the conventions of political ads but if it’s a joke he went to a lot of needless trouble to pull it off. He has a campaign website, for one thing. When the Minneapolis Star-Tribune asked him why he’d pull a stunt like this, he said he did it because he wants people to focus on the issues. Wait, what?

Greene, whose candidacy has not been endorsed by any party or major organization, said he decided to use the word because he wants to encourage people to focus on “the real issues at hand.”

“We need to unify as a society, and we need to stop dealing with trivial matters,” Greene said. “The word … is part of the American history, regardless of the race. … It’s part of my history being African-American, white and Cherokee Indian.”

Nothing says “unify society” like dropping a heat-seeking N-bomb in your political ad. Oh, and because I know everyone’s wondering: He’s an independent. No easy partisan lay-ups for either side on this one.